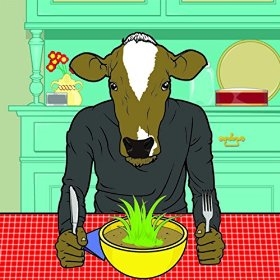 Click on CD cover
to listen or purchase
http://www.amazon.com/gp/product/B00QLX08KC/ref=as_li_qf_sp_asin_il_tl?ie=UTF8&camp=1789&creative=9325&creativeASIN=B00QLX08KC&linkCode=as2&tag=soultracks-20&linkId=VVZE7YAAMQ7EKA3L

There is this prevailing idea among the grown ‘n’ sexy set that if soul has any obvious electronic elements or explicit auto-tuned overlays, the material is immediately suspect. One would think the ‘80s and the reign of labels like Solar Records and artists like Roger, Cameo, and Zapp never happened. As though that era’s heavy emphasis on synthesizers, electronic accents, vocoder vocals, and arcade sound effects, not to mention the brief new wave era that once owned our soundwaves was something of myth. Yet, the gripe is understandable given the heaps of referential music using electronic elements to chase tired trends, mask a lack of musicality, and redeem the natural talent missing from far too many highly marketed urban and pop artists. However, there are still some rare finds amidst the music technology dystopia rubble.

Artists like Eric Lau, Erik Rico, The Internet, The Foreign Exchange, and the latest to join these rose in a concrete garden exceptions, the Atlanta-based artist collective, All Cows Eat Grass or ACEG. Like their cream rising peers, ACEG delivers electrosoul music that gets the feet moving, the blood pumping, and the heart responding to their tender, left-of-center sounds.

Comprised of three Tennessee natives, T. Brown, iamjeffcohran, and lead producer Reneeka Rae. T. Brown, ACEG has been creating and touring over the last several years, releasing several EPs since 2011’s The M.I.L.K. Their latest endeavor, The Kool Collection, is a long-form set of reproduced, remixed, and re-mastered versions of select tracks from the outfit’s first three EPs. Boasting such ties to more established Atlanta acts like Janelle Monáe and Jaspects, The Kool Collection hardly represents ACEG’s first time at the rodeo. This eight-song updated retrospective represents the best of their wild four-year recording ride as the fun patrol for the growing urban alternative electrosoul movement.

Questions about this electronic music’s musicality immediately are drop-kicked to the curb on the multi-movement percussive drive of “M.I.L.K.,” the fields of heather in the sun confection that is “Daydream” or the simple romantic directness of the irresistible “Girl, I’m in love with you” hook on “I’m in Love.” The harmonic Beach Boys opening of “This Time” from All Hail Love and the triumphant, major chords victory sounds of “We All Win” that can feel like a techie update of the Chariots of Fire theme, each indicate that these three know their American music canon and how to tweak its traditions. Consistently, the producers bend the technology to imitate live instruments, including horns, and evoke imagery and sonic landscapes that are specific, engaging, and often funky as hell, as with the instructional Nightrider theme song atmospherics of “be Kool.”

All the lead and backing vocals, mostly male, are coated in electronic overlays, auto-tunes, and vocoders. Yet, the singing manages to maintain a surprising warmth, humor, and sincerity despite a distancing that comes through an occasional attempt to have vocalists suggest robots singing, as with “This Time.” Much of Kool is in constant rhythmic motion, but nothing ever feels forced, heavy-handed, or needlessly avant-garde, as much urban alternative can be. Accordingly, nothing about All Cows Eat Grass is boring, even when they rely on a hooky choral chant to occasionally carry the lyrical load, so the musicians and producers can go play with all their cool instrumental toys.

This is not to say there isn’t an eye toward songwriting on these electronic instrumental extravaganzas. Lyrically, such profound nuggets like “You can’t lower case me” on the sole profane joint on the set, “SMH,” delights, while sometimes witty irreverence rules the day like with “funk goes well with jam” on “Daydream” or “be kool/don’t be so damn lame” on “be Kool.” They also aren’t strangers to play on words like “Kool As Hail” (which also is the title to one of the funkiest roller skating joints on the set). It all lends to the naughty, sometimes silly joy listening to their music can inspire.

The fun of ACEG’s material can sometimes feel like frathouse music for Afro Punks, like electrosoul’s answer to Gym Class Heroes. Yet, their understanding of funk grooves, the ease which they seem to create infectious hooks, and clear technical musicianship on their elongated instrumentals are so undeniable throughout the set that you have to take them seriously, even when they are winking and nodding at you throughout. The Kool Collection is a cool set for the cool kids, even when those kids now all grown up with a mortgage and kids of their own. Cool grown kids need fun too. Get you some. Highly Recommended.