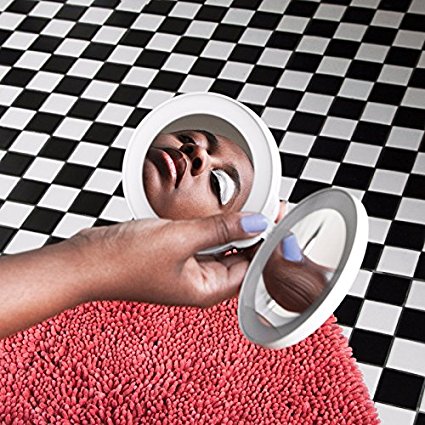 One of my favorite videos hit my Facebook feed in early July, and it involved one of my favorite singers, Cecile McLorin Salvant. Salvant and her pianist Aaron Diehl were among the passengers jammed up at Charles de Gaulle Airport in Paris. They could have stood in line and waited, but there was a piano, and with Salvant’s lovely voice, the two had everything they needed for an impromptu concert.

One of my favorite videos hit my Facebook feed in early July, and it involved one of my favorite singers, Cecile McLorin Salvant. Salvant and her pianist Aaron Diehl were among the passengers jammed up at Charles de Gaulle Airport in Paris. They could have stood in line and waited, but there was a piano, and with Salvant’s lovely voice, the two had everything they needed for an impromptu concert.

Salvant sat on the floor with her back up against the wall, dressed in traveling clothes - pink cardigan, navy scarf, black jeans and her signature white glasses –and  sang “Spring Can Really Hang You Up the Most” with Diehl accompanying her on the 88s. The scene, which somebody recorded with their mobile phone, is a reminder that jazz is a music best heard live whether the audience is at Dizzy’s Coca-Club at the Lincoln Center, an airport terminal in France or, in the case of Dreams and Daggers, the Grammy winner’s first live album, the Village Vanguard and the DiMenna Center in New York.

The two CD album features 19 tracks of jazz standards, blues numbers and show tunes. In many ways, this is standard Salvant fare. She also covered that ground on her first two studio albums Woman Child and For One To Love. However, Salvant is rarely content to tread the beaten musical path in that she’ll find tunes that have been overlooked, and that is certainly true of the blues numbers such as “Sam Jones Blues,” “You’ve Got to Give Me Some,” “My Man’s Gone Now,” and “Wild Women Don’t Have The Blues.”

The best live albums capture intimate relationship that exists between performer and audience, and that might explain why recordings made in intimate settings, such as Dreams and Daggers, really pop. Listeners can hear a woman in the crowd yell ‘watch it now’ as Salvant launches into the joyfully bawdy “You’ve Got To Give Me Some,” and the mics capture Salvant whispering an aside to her sidemen as they quickly decide to end the set with “Wild Women Don’t Have The Blues.”

Now about “You’ve Got To Give Me Some”: There’s been a lot of talk about explicit lyrics, but a case can be made that vocalist who knows how to phrase and is enough of self-aware enough to find the balance between the humor in horniness could transform a cut like “You’ve Go To Give Me Some” into a teachable moment.

I was sold on Salvant’s gift as a musical storyteller when I heard her sing the Bert Williams/Alex Rogers vaudeville song “Nobody” on her debut album. Her humor is even more biting and the daggers come fully out on “Sam Jones Blues,” a tale of a husband who stepped away from his home for a full year only to return and learn – much to his surprise – that things have changed. The edge that Salvant gives to the song’s hook “You ain’t talking to Mrs. Jones/You speakin; to Miss Wilson now,” is equal parts humor and I’m-over-it sass that has the audience laughing and once again shows that Salvant is expert at delivering a musical punch line.

Dreams and Daggers is filled with songs from stage and film that have sadly been forgotten, and Salvant restores them. She attacks a frenetically up-tempo version of “Runnin’ Wild,” a number that Marilyn Monroe sang in the film Some Like it Hot, swings along with her top notch band on “Never Will I Marry,” and adopts a conversational girl like innocence on the song “If A Girl Isn’t Pretty,” from the musical Funny Girl. The band that features Diehl (pianist Sullivan Fornter played on “You’ve Got To Give Me Some”), Paul Sikvie on bass, Lawrence Leathers on drums and the Catalyst Quartet (which played on several tracks, including “You’re My Thrill”) on strings hangs with rangy and energetic vocalist every step of the way and provides an additional reminder that jazz my very well be the ultimate team sport.

For an artist who showed on her first two albums a wonderful combination of vocal prowess, smart song selection and personality, Dreams and Daggers is a near-perfect third piece to the artistic puzzle, and an ample demonstration that Cecile McLorin Salvant can take the talent she showed in the studio to yet another, impressive level live. Strongly Recommended.