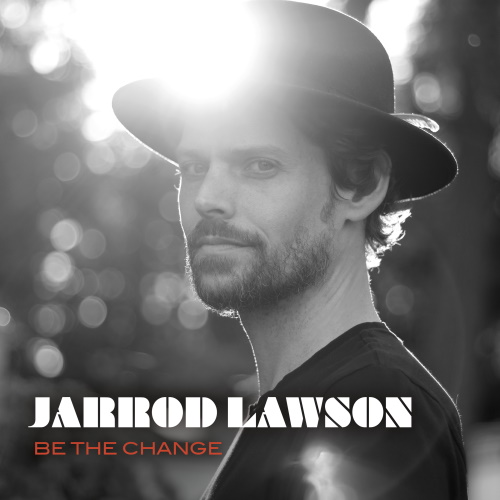 Jarrod Lawson - Be The Change

The eyes of the world have been focused on Portland throughout the summer as that northwestern city became one of the centers of the protest for racial justice and against police excessive force. The City of Roses might appear to be unlikely site because it has a relatively small Black population. But Portland also has a deeply entrenched history of protest by progressives.

Jarrod Lawson - Be The Change

The eyes of the world have been focused on Portland throughout the summer as that northwestern city became one of the centers of the protest for racial justice and against police excessive force. The City of Roses might appear to be unlikely site because it has a relatively small Black population. But Portland also has a deeply entrenched history of protest by progressives.

Portland also has its own history of R&B, soul and jazz performers. The city’s bench is not as deep as, say Detroit, Atlanta, Chicago or New York. However, as any visitor to this site can attest, Portland’s accomplishments in the genres of R&B, soul and jazz are nothing to sleep on. Singer, songwriter and pianist Jarrod Lawson has been a leading figure in Portland’s soul music scene for going on a decade and he combines the musical and the political on his new project, the very good Be The Change.

The album’s rich, analog sound is one of the first things that listeners will notice. Be The Change has the feel of a record produced in a studio with a group of musicians working together. That seems so long ago in these pandemic times, but that’s exactly what Be The Change is. Lawson bought in collaborators such as LA based soul and jazz fusion collective Moonchild to collaborate on “I’ll Be Your Radio,” one of several top-flight ballads featured on Be The Change. The full yet understated musical arrangement provides the foundation for the vocal exchange between Lawson and his rangy tenor and Moonchild’s Amber Navran’s seductively cooing voice.

There will likely be an argument about the album’s best ballad. Some might opt for the soulfully mournful “Love Isn't Always Enough,” while others might find the bluesy “Evalee” taking up permanent residence in their minds. I say you can’t go wrong.

“Battlefield,” the next track on Be The Change, is a percussively funky bit of commentary that finds Lawson imploring listeners to prepare themselves mentally and intellectually for the social and political battles they will face. He draws on the example of workers in many pursuits who would not be able to complete the task at hand if they had not prepared themselves or armed themselves with the proper tools. He even uses an example from his past: “And a mason couldn’t help to shape a stone/without the hammer that he had come to rely on.” Lawson made his living as a stone mason before deciding to pursue music.

Lawson seems to draw inspiration from all that has transpired in our country over the last few years on the title track, “Be The Change.” The lyrics both ask how do we heal the wounds of the past and set a course that will both educate and inspire future generations. His answer is for us to be the examples of our highest aspirations and ideals. “Be The Change” also showcases the top-flight musicianship that is displayed throughout the album. The track fuses African based percussion with funk and Lawson’s deft jazz influenced improvisation on the piano.

I’ve spent a lot of time watching videos of Lawson’s performances and listening to his previous recordings to get reacquainted with his music. That took me to his live cover of “The Ex Factor” that was a Spotify go to a couple of years ago. Then, there’s concert footage of Lawson performing songs everyone from the Isley Brothers to Donny Hathaway. You can go deep in the rabbit hole enjoying Lawson’s past work. I suggest coming up for air and giving Be The Change a listen. Highly Recommended.