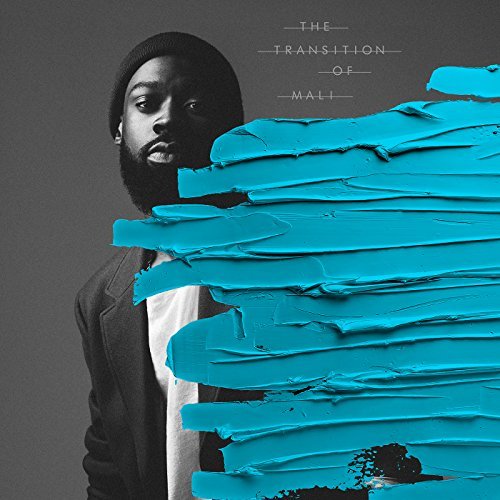 The Grammy nominated artist, Mali Music, may sound like a hip hop soul pop version of a reggae singer, but the Phoenix-born, Savannah-bred singer/songwriter got his start as a five-year old music prodigy turned 12 year-old minister of music in the same place as the ‘60s and ‘70s legacy soul artists who inspire him: the Black church. Often compared to John Legend in the U.S. and Josh Osho in the U.K., because of his sandy timbre, there are also strong hints of West Indian artists like Barrington Levy in Mali Music’s phrasing and cadence, despite Mali’s deeply American roots. As one might have already surmised by the sheer number of genres, comparisons, and influences already listed, there’s nothing limiting about Mali Music. The multi-instrumentalist’s work encompasses it all, perhaps none more so than what audiences across generations may find to be his most accessible, mature, and creatively rich to-date, The Transition of Mali.

It’s been a long time coming for those who wanted to be a part of the Mali Music fan club over the last nine years, since the 2008 release of The Coming, when Mali was just 20 (an album completed while he was still in high school). Unfortunately, many of a certain generation found themselves iced out by the obtuse, heavily metaphorical lyricism and polished, but far too trendy production, with vocals that were solid, but not exceptional enough to claim him as their own. Still, there was something authentic and vibrant about the artist that kept many skeptics trying to get into what Kortney Jamaal Pollard was striving for under his Mali Music moniker. There were Christian allusions and inspirational moments that of course were an antidote for much of coarseness of urban radio, but the potential was there for even more, something classic, still just a smidge out of reach. This was evident by the popularity of his 2014 Grammy nominated, #2 R&B hit album, Mali Is… Whatever one thinks about that urban contemporary project, The Transition of Mali is better.

Everything on The Transition of Mali is elevated. From sweetheart productions by deliverers like Salaam Remi and Harmony “H-Money” Samuels, to guest spots by A-listers like Jazmine Sullivan and Jhene Aiko, to lesser known shiners like Detroit’s own Beatrice on the harp and whole live string compositions that adds incredible depth to this generation bridging project. There’s enough here for the young, with hip hop soul still being a dominating force on several cuts, like the edgy “Dolla,” the trap soul of “Bow Out,” and again on the Aiko duet from Spike Lee’s Chiraq original soundtrack, “Contradiction.” However, there are also invitations to the older here too with the uplifting single, “Gonna Be Alright” (which is a perfect summer brightener), the seductive lazy afternoon of “Loved By You,” and the gentle sway of the classic R&B ballad, “Still.” Mali’s vocals are themselves more technically exact, caressing, and powerful when necessary as with “Loved By You.” His instincts on when to sing, when to sing-talk, and when to rap to better serve this material are sharper, often letting the power of a straight forward lyric be enough in the moment as with blossoming of “Cryin’,” the soulful rock anthem of “My Life,” and the emotionally jarring “Sit Down For This.” Only the leaden repetition of “What You Done,” a kind of reggae worship song, breaks an 11 out of 12 song winning streak, but by then the album is over, waiting to be repeated from the top. Even the opening trap soul cut of “Bow Out” works brilliantly, and this reviewer is no fan of trap.

While Mali lists vocal powerhouses like Aretha Franklin, Marvin Gaye, Donny Hathaway, and the like as his influences, in his interviews discussing this project the name that came more to mind was Curtis Mayfield. Like Mayfield, more than a singer, Mali Music is a movement working to connect, motivate, and inspire his people with positive messages of love and devotion, whether the listener is Christian or not (though Mali is clearly a Christ-centered artist). A member of the Sankofa Movement, it’s clear Mali is a socially conscious artist, he’s also a beacon of light who speaks in metaphors and spiritual language, which helps to explain the heavy handed poetry of earlier, youthfully earnest works. Reportedly, the legendary Harry Belafonte encouraged Mali to no longer hide behind artistic metaphors and speak his intentions plain to help better connect his audience with his message. The advice paid off, especially on an introspective, but clear smash like “Gonna Be Alright.” Finally able to join the Mali Music revolution through the power of Mali Music’s transition, I feel like fans young and old are gonna be alright with this artist for years, even decades to come. Highly Recommended.