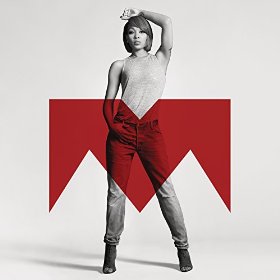 Click on CD cover
to listen or purchase
http://www.amazon.com/gp/product/B0186NTCW4/ref=as_li_qf_sp_asin_il_tl?ie=UTF8&camp=1789&creative=9325&creativeASIN=B0186NTCW4&linkCode=as2&tag=soultracks-20&linkId=5ZVFIREN7UFQFBUT

On her eighth studio release in 20 years, Code Red, Monica sings the sentiments of Gen Xers and Baby Boomers who fail to research what’s available outside of terrestrial radio with “I Miss Music,” which along with lyrics from the title track are supposed to signify a return to something timeless. And the Atlanta-bred songstress of such ‘90s hits as “Before You Walk Out of My Life,” “For You I Will,” and the Grammy-winning, #1 smash “The Boy Is Mine (featuring Brandy)” knows something about crafting timeless material.

On her eighth studio release in 20 years, Code Red, Monica sings the sentiments of Gen Xers and Baby Boomers who fail to research what’s available outside of terrestrial radio with “I Miss Music,” which along with lyrics from the title track are supposed to signify a return to something timeless. And the Atlanta-bred songstress of such ‘90s hits as “Before You Walk Out of My Life,” “For You I Will,” and the Grammy-winning, #1 smash “The Boy Is Mine (featuring Brandy)” knows something about crafting timeless material.

Like Tank’s cover EP, If You Were Mine, and Tyrese’s three-time SoulTracks Readers’ Choice Award-winning Black Rose, Monica’s album is intended to be a very public, very defiant defense against the industry efforts to proclaim R&B as dead at worst, or on life support at best. With the best of intentions, she does so with veteran producers Timbaland and more current producers like HardWork, Pop & Oak, and Polow da Don, by limiting the amount of unnecessary auto-tuned effects placed on her melisma-rich voice and returning to a reliance on the bumping streetwise and sometimes smoothed-out hip hop soul formula that first brought her to prominence as a teen under the production prowess of Dallas Austin a generation ago. The effect is a project that boasts strong vocals, but songs not always equal in memorability to the voice or to the fight to save more traditional R&B in the mainstream or commercial arena.

In some ways it’s a bit of a misnomer to say that Code Red is all that different than what Monica has been doing with her more modern releases over the last decade or so. All of them have just enough of a wistful nostalgia factor that producers like Missy Elliott are able to pull out of the ether and lay across a banging hip hop soundscape that make them ready fodder for both radio or the club. A song like “Call My Name” with its Clark Sisters vocal harmonies and cascading runs are exactly what soul fans say is missing in mainstream R&B, but the basslines and percussive effects surrounding that voice are totally contemporary, totally right now in these streets, as has always been the blueprint of the Monica formula.

If there is anything different, it’s the abandonment of borrowing from a familiar ‘70s or ‘80s track as the musical foundation for an Urban Adult Contemporary radio single, as had been the case with the superior Still Standing and the somewhat more muted New Life follow-up. Instead, what is present are songs that are more urban pop influenced than RCA’s marketing department is letting on, especially with anemic and formulaic anthems like “Anchor” and big, pure pop piano ballads like “I Know,” the latter of which could fit right in with Adele, Sam Smith, or even latter-day John Legend. The same gratuitous cursing and loose, unconventional structures that plague the “urban” music of the youngin’s can be found in the cynical “All Men Lie (feat. Timbaland),” and the unlikely, calculated collabos such as the Akon-dominated, acoustic ballad, “Hustler’s Ambition” (which only works if one is a fan of Akon’s matter-of-taste diluted Senegal meets Caribbean by way of St. Louis timbre). A frenzied, somewhat overproduced clunky bit of Dirty South urban radio on “Code Red (featuring Missy Elliott and Laiyah)” also makes it clear that Monica isn’t any more immune to performing today’s regional commercial sound than any new ingénue on the scene hungry to be heard.

Despite always having a very capable, prematurely grown instrument that is as much a product of the streets as it is the church, Monica has always won and lost based on the song, not her skillful vocal styling. So, no matter how convincingly Monica delivers a song, the melody and infectiousness were always the do or die on whether her song became classic canon fodder. On Code Red, too many of the songs like the mid-tempo “Alone In Your Heart” are compositionally serviceable in lyric and arrangement, even as Monica is singing her face off, while a retro ‘80s funk like “Suga” showcases the best of what Monica is capable of with the right baseline and hook. Even a bit of commercial obviousness like Monica’s duet single with Lil Wayne, “Just Right For Me,” has the ability to win the singles lottery with a bottom heavy percussive bassline, layered audio effects, and the kind of chorus that is difficult to shake off even if the song isn’t necessarily the most musically creative best of the bunch.

That credit may go to more inspirational songs like “Saints & Sinners” that strip down all the technical gimmickry to showcase a heartfelt ballad performance largely as a testament to Monica’s faith, or to “Ocean of Tears,” a cut whose verses are probably the closest to the kinds of gritty urban meets smooth soul ‘90s cut that made Monica famous, but lacking the unforgettable choruses that made us want to sing along for hit after hit. Interestingly, with its harmonic approach at various points of the compellingly arranged “Oceans of Tears,” the song feels like a cut better suited for Monica’s long-time friend Brandy and her uniquely layered harmonies.

The overall effect is a solid Monica project that is better sung than much of what has been passing as R&B of late and has a strong foothold in the churches and streets that birthed the traditional feel of R&B. But as is usual in what determines an album’s creative, if not always commercial success, it’s still all about the songs, and there are only good, not great ones here. Recommended.