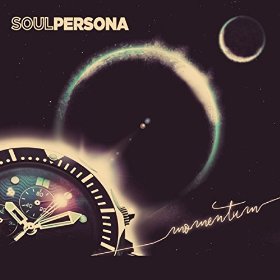 Click on CD cover
to listen or purchase
http://www.amazon.com/gp/product/B0160TKULS/ref=as_li_qf_sp_asin_il_tl?ie=UTF8&camp=1789&creative=9325&creativeASIN=B0160TKULS&linkCode=as2&tag=soultracks-20&linkId=RUAUBZ5SNXGTT5XS

I’m not sure when it happened, but somewhere after the watershed event of 2009’s utterly brilliant Soulacoaster and before 2015’s Momentum, it felt like UK producer, remixer, and musician Soulpersona had largely lost his mojo. The well-executed soul jazz, soul funk, and danceable R&B musicianship that were hallmarks of much of his chic sound were all still there, but the songs and far too many of the vocal performances with few exceptions seemed to stay in an uninspired zone we’ll call fair to middling.

I’m not sure when it happened, but somewhere after the watershed event of 2009’s utterly brilliant Soulacoaster and before 2015’s Momentum, it felt like UK producer, remixer, and musician Soulpersona had largely lost his mojo. The well-executed soul jazz, soul funk, and danceable R&B musicianship that were hallmarks of much of his chic sound were all still there, but the songs and far too many of the vocal performances with few exceptions seemed to stay in an uninspired zone we’ll call fair to middling.

Admittedly, as a fan I blamed longtime Soulpersona collaborator Princess Freesia, a statuesque Australian singer/songwriter/producer who frequently underwhelmed me, but for whom much time was spent on a series of intervening releases, including Amalgamation, When, The Lapdancer, and the more critically acclaimed Fast Forward. Through much of this prolific period between them, I could be found yawning and patiently waiting for Soulpersona to find a better muse for his ample talents. Circling back to the single producer soul jazz formula with a more varied mix of collaborators—and an even much-improved Princess Freesia—Soulpersona returns to fine form with Momentum, making me a believer once again in everything first hinted at on his awe-inspiring debut.

The phrase “grown folks music” was bandied about quite a bit until it lost both its distinction and flavor, but it’s difficult to describe the kind of seductive yet still groove-oriented mood music artists like Leon Ware, Roy Ayers, George Duke, Quincy Jones, and Norman Connors created in the ‘70s and early ‘80s and not find yourself falling into usage of the clichéd term to describe Soulpersona’s Momentum. The music feels like cognac and cigars, like champagne toasts by firelight, like Riunite on ice. Sophisticated, liquid satin, and tasteful, yet passionate Harlequin Romance embraces.

The smoky live instrumentation plays a certain part to be sure, but it’s instrumentation that could be stepped or hand danced to in certain quarters of the U.S. or danced to at a show-offy, yet leisurely pace anywhere adults of a certain age still dare to dance. A song like “My Friend” featuring Pete Simpson and The Digisoul Band perhaps best personifies this sound and feel, in contrast to the outlier, more urgent up-tempo funk of Darien’s righteous fire on the socially conscious anti-police brutality call to action of “Unjustified.” Yet, both disparate songs comfortably and cohesive sit in the outstretched arms of the British producer’s wide ranging reach across the Black American Music soul milieu.

A word about second tenor/baritone Pete Simpson: he is the musical muse for whom we’ve been waiting. Each of Simpson’s turns on Momentum is a star maker. “My Friend” is almost a light disco in that it moves and breaths in an effortless flow. The Doobie Bros. harmonies and doubled vocals on the horn accented hook of “Your Love Is Mine” offer surprising depth and Simpson confidently rides the melodic waves created by Soulpersona’s sultry atmospherics to satisfying conclusions. Delivering his best Marvin Gaye impression on the cooing “Don’t You Think,” Simpson showcases his vocal agility and proves himself the project’s most consistent secret weapon. Which might be why he nearly matches Princess Freesia in the number of appearances, rounding off number four with the velvety “A Song In My Heart” whose sensuality warms around the collar and demands undress.

Portland’s newest breakout star, Tahirah Asha Memory, illustrates why she has so much buzz on her with a performance reminiscent of an early Erykah Badu on “Live & Learn.” The smooth jazz highlight is a bridge transition that slides out of the song’s hooky repetition to open up a fairly rigid arrangement so that Memory can take vocal flight as she passionately declares, “I know better now!” It is one of the highlights, perhaps only rivaled by Washington, DC-based chanteuse Deborah Bond on the two-step, aerial flotation of “Let It Go,” a pillow soft cloud ride serenaded by a haunting electric guitar solo by Marlon McClain.

McClain does fine work again on “No Games,” an ‘80s old school R&B mid-tempo groove of the latter day Gamble and Huff variety, with singer-songwriter Dennis Bettis. Co-written by Bettis, a romantic crooner whose sturdy, yet smooth baritone evokes memories of singers like Will Downing and Johnny Gill, the collaboration with Soulpersona on Rhodes, synths, and programming is like the rest of the album in that it recalls another time but feels like it could be performed as new at any point over the last 40 years.

Instrumentalist Carl Hudson has also been responsible for some of the better collaborations over what we’ll call Soulpersona’s dark years (outside of some really astonishingly good remix work), and Hudson’s keywork on the drum and bass meets jazz soul of “Quantum” and the shimmering “I Am SoulP” is no exception to the rule. Nor is his duet with Princess Freesia, featuring fine guitar work by the always-compelling Chance Hayden, on the danceable R&B of the free flowing “Ride on Time.”

As for Princess Freesia, who is featured no less than five times throughout this project, she’s largely a welcome addition rather than the usual distraction. Part Patrice Rushen and part The Jones Girls in her harmonic calls and responses, Princess Freesia finds a roller skating soul sweet spot to play in thanks to the decision to surround her with light funk arrangements that play to her harmonic and tonal strengths and doesn’t require her to try to blow listeners out of the water with leads, as illustrated by tracks like “Open Sesame,” “Our Kind,” and “Momentum.” With a more ambitious lead that demonstrates Freesia’s unexpected upper vocal range, “Totem” still doesn’t quite join the others in memorability, but it does further prove that Princess Freesia’s contributions to Momentum work more often than not and compel the use of a word I hadn’t heretofore associated with her vocal talents: promising.

As for the producer, the whole of Momentum is one of promise fulfilled for Soulpersona as one of the most mature musicians and producers operating in urban adult contemporary music today. Further, it’s exciting to hear him stretch to try on more consciousness raising material like the head-bobbing single with Darien, “Unjustified,” and to reach out to include more exciting emerging artists like Tahirah Asha Memory in his musical menagerie. After six long years, Soulpersona finally has the Momentum we’ve all been waiting for. Highly Recommended.