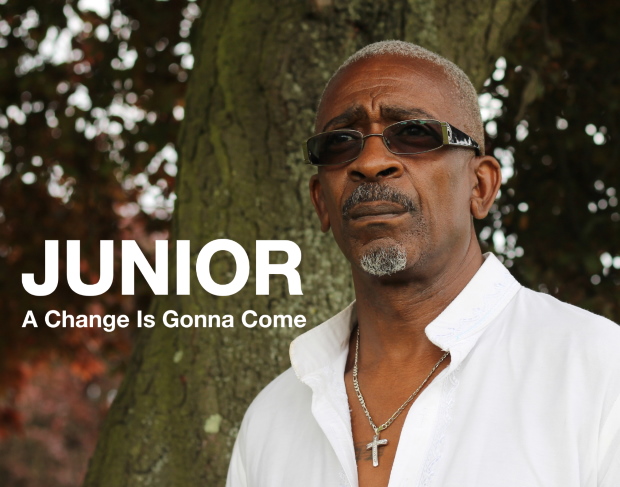 A popular 80s singer/songwriter, Junior Giscombe mixed his British roots with elements of reggae and classic soul to create a number of memorable songs, both for himself and for other singers.

A popular 80s singer/songwriter, Junior Giscombe mixed his British roots with elements of reggae and classic soul to create a number of memorable songs, both for himself and for other singers.

Born and raised in London the son of Jamaican immigrants, Junior was performing in bands as a teenager and used the experience to launch a solo career.  He signed with Phonogram Records and in 1982 released his debut album, Ji.  It shot to the top of the British charts and made a splash in the US on the strength of its infectious, danceable first single, "Mama Used to Say."  "Mama" was in many ways prototypical of future Junior releases, showing elements of traditional soul, but turning the songs on their ear through creative rhythms and interesting vocal arrangements.  "Mama" was followed by the equally engaging "Too Late," which also hit the Soul top 10.  The combination of songs earned him Billboard Magazine's "Top Newcomer" award.

Junior followed his debut success with 1983's Inside Looking Out, a less successful album that nonetheless spawned the hit "Communication Breakdown" and the excellent ballad "Baby I Want You Back."  For his third album, Junior teamed with legendary producer Arif Mardin and released Acquired Taste.  It included the joyous "Oh Louise," but failed to make much of a mark in the US.  That year he also contributed the song "Do You Want My Love" to the Beverly Hills Cop soundtrack.

In 1987, Junior released "Another Step," a duet with Kim Wilde, which became a smash in the UK (though it failed to chart in the States).  He followed the release with a UK tour with Wilde, opening for Michael Jackson.  The next year, he released the album Sophistication Street, his last on Polygram.  It charted the minor hit "Yes (If You Want Me)."

Junior moved to MCA for his final album, Stand Strong, which received critical acclaim but not much sales.  He continued to write songs for other artists, including Maxi Priest and the dance/Gospel group Nu Colours.  He also became a disc jockey on the internet soul music network Solar Radio (http://www.solarradio.com/).

In 2006 Junior independently released the album Oceans, a solid comeback and a welcome return of an 80s favorite. He has continued to record sporadically, including an excellent cover of Sam Cooke's "A Change Is Gonna Come" and a reimagining of "Mama Used To Say" as a reggae song in 2019. Junior remains active in the music community in the UK and is recognized for his strong contributions to 80s pop and R&B.