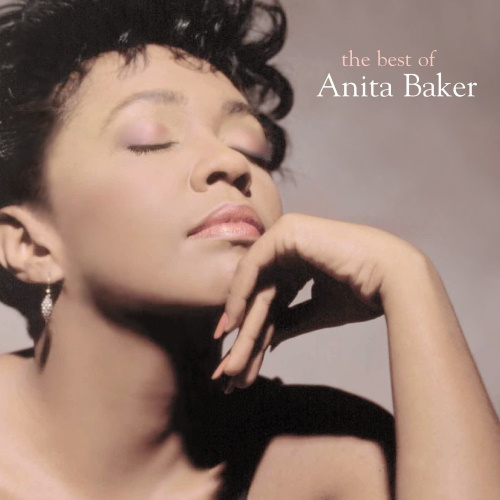 Both beautiful and an extremely talented singer and songwriter, Anita Baker was nearly a no show for the world of music. She had been singing in various groups and choirs in her native Detroit since she was a teenager, but while she was loved locally, she had received enough negative reviews from record label execs that, at age 22, she was ready to quit music for good.

Both beautiful and an extremely talented singer and songwriter, Anita Baker was nearly a no show for the world of music. She had been singing in various groups and choirs in her native Detroit since she was a teenager, but while she was loved locally, she had received enough negative reviews from record label execs that, at age 22, she was ready to quit music for good.

Not long after completing high school, Baker joined Chapter 8, a local group that had signed a national record contract with Ariola Records, later a part of Arista. However, the group only recorded one 1979 album and Baker was labeled by Arista as a mediocre lead singer not worth supporting. The humiliated Baker left music, taking an administrative job in a Detroit lawyer's office before she was approached to record a 1983 album for upstart California label Beverly Glen (which also signed Bobby Womack around the same time to record his now classic The Poet). The resulting album was The Songstress, a roughly arranged album that showed a developing young star with a beautifully smokey, deep voice, still learning her craft. However, she absolutely nailed two songs on the album, the big ballad "No More Tears" and "Angel," a jazzy, mellow cut that became a smash on Black radio and created an immediate buzz for the unheard of singer and record label. It also attracted the attention of Elektra Records, which signed Baker to her first major label deal.

Baker teamed with former Chapter 8 bandmate Michael Powell for her wonderful Elektra debut, Rapture. The first single, "Watch Your Step," was a moderate Soul hit, but it was the catchy follow up ballad, "Sweet Love," that brought across-the-board attention to the album and resulted in Baker winning 1986 Grammy Awards for best R&B Female Vocalist and best R&B Song. Baker won another Grammy the next year for a duet on the Winans' "Ain't No Need to Worry." By the time of her 1988 release, Giving You The Best I Got, Baker was at the top of her game, and the disc immediately topped by the Pop and Soul charts. The title cut of that album, one of the classiest and most intelligent popular songs of that year, won Baker three more Grammies and clearly established her as the number one Lady of Soul.

Baker followed in 1990 with Compositions, a much more personal album of her own songs, more directly aimed at urban radio. It went top 5 Pop and Soul, but the more subtle melodies and arrangements were not crossover material, and began to migrate her away from the level of crossover single success she attained with her previous two albums.

She married Detroit real estate developer Walter Bridgeforth and the two began raising a family, delaying the release of her next album, Rhythm of Love, until 1994. It too was a hit, and featured the beautifully arranged jazz ballad, "Body and Soul."

After Rhythm of Love, Baker dedicated herself to her growing family, refusing to record or tour for several years. She ultimately left Elektra and signed with Atlantic Records in 2000, and began to work on her first album in a half decade. Unfortunately, faulty tapes resulted in the entire album being lost after a lengthy recording period, leading to lawsuits and to delays in Baker's comeback. This was combined the following year with a series of family illnesses and Baker's separation from Bridgeforth, leaving her as a busy, full time mother and caregiver.

After the death of her mother in 2002, Baker was ready to try to sing in public again. It began by her performing the national anthem at a basketball game and ultimate led to her singing a few concerts at the end of the year. Also that year, Rhino Records released The Best of Anita Baker, an excellent compilation of her five albums (including two cuts from The Songstress).

In September, 2004, Anita released My Everything on Blue Note Records, her first new studio album in a decade. It landed in the Pop and Soul top 10 and earned her a Grammy nomination. She followed it two years later with Christmas Fantasy, her first holiday album. She then went quiet again for three years before beginning work on a new studio album in early 2010. Bits and pieces were leaked out over the next two years, before the single "Lately" was issued in August, 2012. It was intended to be the first release from the album Only Forever, which was never released. Stories of other projects came and went, never coming to fruition. Baker then seemingly announced her retirement from music in a series of tweets in January, 2017.

In many ways, it is difficult to believe Anita Baker has only released five regular studio albums, as her effect on Soul radio has been immense. Along with Luther Vandross, she virtually created Urban Adult Contemporary as a viable radio format in the 80s, and, while her music was more sophisticated and orchestral than later neo-Soul women such as Jill Scott and India.Arie, they owe a huge debt to Baker for demonstrating that a mature soul audience would buy music and for creating a pathway for artists to reach that audience.