A birthday tribute to Boz Scaggs 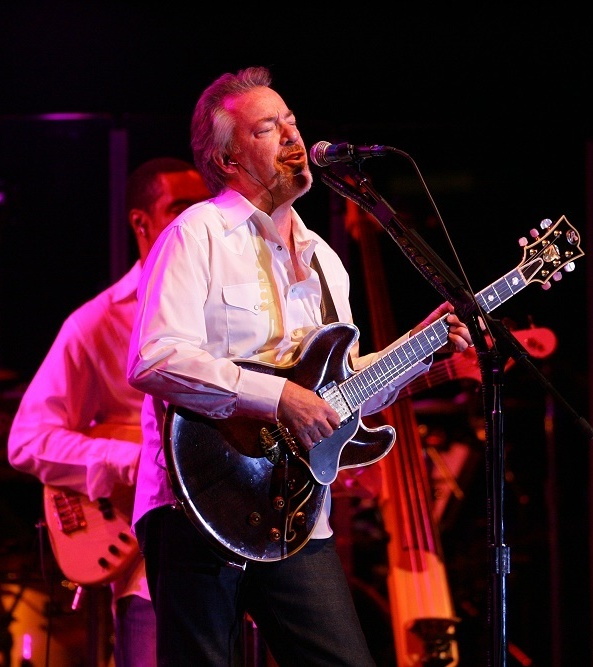 Rock and Soul man Boz Scaggs carved a persona in the mid-70s as a slick, smooth pop/soul singer on the strength of his great Silk Degrees album.  Unfortunately, that persona became a two-edged sword that has limited popular appreciation for his 40 years of strong performances in the Soul, Rock and especially the Blues genres.

Rock and Soul man Boz Scaggs carved a persona in the mid-70s as a slick, smooth pop/soul singer on the strength of his great Silk Degrees album.  Unfortunately, that persona became a two-edged sword that has limited popular appreciation for his 40 years of strong performances in the Soul, Rock and especially the Blues genres.

Born in 1944, Scaggs spent most of his youth in Texas.  He met future blues rock star Steve Miller in the late 50s and worked on and off with Miller over the next decade, ultimately becoming a vocalist for the Steve Miller Band on a couple albums in the late 60s.  Scaggs moved to San Francisco and recorded his eponymous U.S. solo debut album in 1968.  A nice mix of blues, rock and Soul, the disc began a string of critically acclaimed albums that failed to generate much commercial success.  Scaggs maintained a small, loyal following through the mid-70s, until he teamed in 1976 with producer Michael Omartian for his most commercial effort to date, Silk Degrees.

Silk Degrees pictured a nattily dressed Scaggs (all in black) on the cover, and oozed cool in both its look and in the music inside.  Boasting a smooth, slickly produced sound that many recall as being disco but more accurately teetered on the bridge between pop and soul, the album was a smash, led by the jazzy lead cut, "Lowdown."  Silk Degrees was a virtual greatest hits album, with one radio-friendly song after another, and stayed near the top of the charts for over a year on the strength of the hits "Lido Shuffle," "What Can I Say?" and "It's Over," as well as terrific album cuts like "Georgia," "We're All Alone" (later remade in lesser fashion by Rita Coolidge) and "Harbor Lights."

Silk Degrees was a very difficult album to follow, and Scaggs' next disc, Down Two Then Left generally missed the mark commercially and artistically.  However, he bounced back in 1980 with Middle Man, a solid album that scored big with two singles, the rock-oriented "Breakdown Dead Ahead" and the smooth "Jojo."  He then released a well received compilation album, Hits, before going silent for the better part of a decade to become a restauranteur in San Francisco.

Scaggs returned to record in 1988 with Other Roads, an uneven album that included a couple of nice Bobby Caldwell compositions (the minor hit "Heart of Mine" and the moody "Night of Van Gogh"), but which was otherwise forgettable.  After teaming with Donald Fagan and Michael McDonald for the first Rock N Soul Revue tour, he took more time off before recording two blues-oriented albums in the 90s, the mildly disappointing Some Change and the much better Come On Home.  In 2001, he returned to a more soulful sound on the strong album Dig, and received airplay on some Smooth Jazz and Soul stations for the first time in over a decade.  Then in 2004, he became the one millionth 70s rock star to record an album of jazz standards.  The disc, But Beautiful, ended up topping the Jazz charts and included a very nice recording of Duke Ellington's "Sophisticated Lady." The next year he released Fade Into Light, a mostly acoustic reading of some of his biggest hits.

In 2010, Scaggs joined friends Michael McDonald and Donald Fagen (of Steely Dan) for the "Dukes of September" tour, a set of concerts where the trio took a musical look back at their musical influences and their own hits. It was a critical and commercial success that reminded audiences around the U.S. of the immense talent of Scaggs and company, even as the hit their senior years. And he continues to record and tour to this day, giving his fans treat after treat.