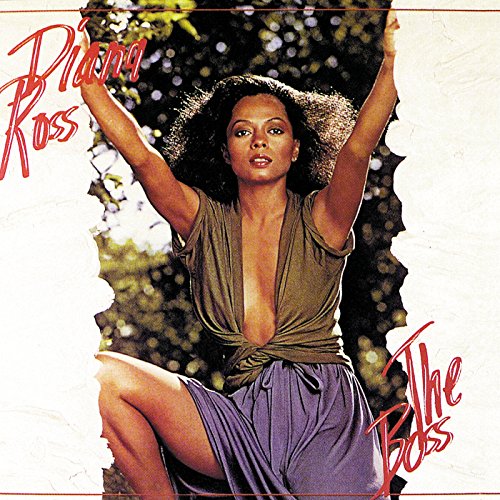 (March 26, 1944) We wish a very happy birthday today to the great Diana Ross The forever young, forever stylish, forever beautiful one has now been a part of our lives for more than a half century, with no signs of her impact decreasing over time.  As the lead singer of America's biggest group of the 60s, the Supremes, Diana Ross attained near iconic status. But it was the next two decades as a solo artist, while a critically uneven period, that solidified her place as one of the most popular singers of all time.

(March 26, 1944) We wish a very happy birthday today to the great Diana Ross The forever young, forever stylish, forever beautiful one has now been a part of our lives for more than a half century, with no signs of her impact decreasing over time.  As the lead singer of America's biggest group of the 60s, the Supremes, Diana Ross attained near iconic status. But it was the next two decades as a solo artist, while a critically uneven period, that solidified her place as one of the most popular singers of all time.

Formed in modest fashion by a trio of teenage girls from Detroit's Brewster housing project, the Supremes became Motown's biggest act of the 60s and the most successful "girl group" of an era.  Originally called the Primettes (the female counterparts to the Primes - later called the Temptations) the group consisted of Diane (later Diana) Ross, Florence Ballard, Mary Wilson and Betty McGlown (later replaced by Barbara Martin, who left the group a trio by 1964).  They came together in 1959 and soon shared the dream of many Detroiters of being signed by the upstart music label Motown.  Upon their high school graduation their dream came true.

Unfortunately, being signed by a successful label didn't result in immediate success.  Over the course of 1962-64, the Supremes released a string of unsuccessful singles, working with different songwriters and alternating lead vocalists.  In 1964 Gordy teamed them with Holland-Dozier-Holland and they released the melodic thumper "Where Did Our Love Go."  It shot to #1 on the Pop and Soul charts and established the recipe for the group's success over the next half decade.  Diana Ross became the de facto lead vocalist and HDH supplied a series of deceptively simple, infectious singles that highlighted Ross's wispy voice and sing-songy backing vocals by Ballard and Wilson.  The group released an unprecedented five straight #1 singles in a one year span, including "Baby Love," "Stop! In the Name of Love," "Come See About Me" and "Back In My Arms Again."

Ross's magnetism onstage and Berry Gordy's growing personal obsession with her led to her becoming a first among equals, and by 1967 the group was relabeled "Diana Ross & the Supremes," with the talented Wilson and Ballard taking an unfortunate back seat.  The snubbed Ballard became bitter and engaged in erratic behavior, resulting in her being fired from the group, replaced by former Bluebell Cindy Birdsong.  Ballard recorded one unsuccessful album for ABC Records before fading into obscurity and, sadly, drug abuse and poverty.  Her death in 1976 was a blow to the Motown artists who remembered her as a very talented, soulful singer with a big voice.

A major obstacle for the Supremes occurred in late 1967, as Holland-Dozier-Holland left Motown to form their Invictus label and the Supremes (and the Four Tops) were left without their hit songwriters.  But over the next two years the group continued to record hits with upcoming Motown writers such as Ashford & Simpson, including "Love Child" and "The Happening."

Despite the growing friction within the group, the Supremes were bigger than ever and had conquered both Las Vegas and television.  In 1968 they were also teamed successfully with the Temptations, both on TV and on record, and their duet "I'm Gonna Make You Love Me" became a classic smash.

By this time it was clear that Gordy intended to spring Ross as a solo artist, and a mini- "Farewell Tour" commenced at the end of 1969 and the beginning of 1970.  The group's final hit with Ross, the poignant "Someday We'll Be Together," was an appropriate coda to one of the most successful Soul group lineups of all time.

Ross debuted as a solo singer in 1970 with the hit "Reach Out And Touch Somebody's Hand" but didn't reach popular expectations until the follow-up single, a dramatic remake of the Marvin Gaye-Tammi Terrell hit "Ain't No Mountain High Enough." It became the first of her many #1 smashes as a solo artist.

Motown head Berry Gordy had aspirations of transforming Motown into a force in cinema, and in 1972 he turned to Ross, with whom he had been romantically involved, to serve as the centerpiece of his initial major movie project, the Billie Holliday biopic Lady Sings the Blues. Though critics were ready to roast Ross for attempting to play the iconic Holliday, she was surprisingly strong both as an actress and singer in the movie, and the film and soundtrack were unadulterated hits. Ross did not attempt to mimic Holliday's singing style on the music, but instead made the songs her own, hitting a high point on her wonderful, poignant version of "Good Morning Heartache." Following the success of the movie, Ross recorded a full album of jazz standards called Blue, but it was shelved by Motown for over thirty years (finally receiving its well deserved release in 2006).

The next three years saw a downward turn in the quality (but not the popularity) of Ross's output, as she covered more pop-leaning, less engaging material, including the treacly "Touch Me in the Morning," "Theme From Mahogany" (from her second movie starring role) and "Last Time I Saw Him." Fortunately, she recovered in 1975 with an enjoyable album of duets with Marvin Gaye, which included the great single "My Mistake."

The latter 70s saw Ross moving to more dance-oriented music, and the combination of hot beats and her cool, distant delivery was perfect for the disco era. She scored big with "Love Hangover" and Ashford and Simpson's "The Boss," but hit her peak in 1979 working with Chic leader Nile Rogers on Diana, perhaps her finest solo album and the source of two of her greatest singles, the #1 "Upside Down" and the now-classic "I'm Coming Out." The across-the-board success of Diana more than made up for previous year's odd casting as Ross as Dorothy (taking the role perfected on Broadway by Stephanie Mills) in the ill-fated movie version of The Wiz.

Ross finished her relationship with Motown in 1981 with two saccharine ballads, "It's My Turn" and the duet "Endless Love" with Lionel Richie. The latter, while critically suspect, was an absolute smash and paved the way for the beginning of Richie's departure from the Commodores for a solo career.

Flush with a second wave of success, Ross was signed to a huge recording contract with RCA, and unfortunately began a period of creative waste. Over the course of the next half decade Ross released a series of forgettable pop songs such as "Muscles," "All of You' (with Julio Inglesias) and a sanitary cover of Frankie Lyman's "Why Do Fools Fall In Love." The poor quality of her material caught up with her by the mid 80s, and the solid Marvin Gaye tribute song, "Missing You," became her swan song on the major US charts. In the next half decade Ross was unsuccessful in her attempt to revive her career, despite working with such notable artists as the Bee Gees and Luther Vandross.

With her career at its lowest point in nearly three decades, Ross returned to Motown in 1989. She recorded for the label regularly over the next several years but never again had a US hit (though she continued to have moderate success in Europe). She ventured into other musical areas during the 90s, recording new jack, jazz and classical albums, to only modest sales.

An attempt to lead a Supremes reunion tour in 2000 turned into a public relations disaster for Ross, as her substitution of Scherrie Payne and Lynda Laurence for classic Supremes member Mary Wilson and Cindy Birdsong doomed the reunion tour and ultimately resulted in its cancellation after a few low-selling dates. She remained relatively quiet over the next decade, occasionally recording and performing live, but no longer playing a leading role in popular music. Fortunately, when she did perform, she continued her love affair with audiences around the world.

Diana Ross could have retired after her stint with the Supremes and still had a permanent position as soul music royalty. But her stunning physical beauty, her sense of style and her star magnetism made it inevitable that she would ultimately have a solo career. And while that career was of inconsistent quality and with an unfortunate tendency toward safe, pop songs rather than more challenging music, Ross nonetheless enhanced her legendary reputation with wonderful moments here and there and to this day remains a larger than life superstar and one of the most important singers of her generation.  Happy 70th, Diana Ross.