Our Birthday Tribute to the late, great Donna Summer 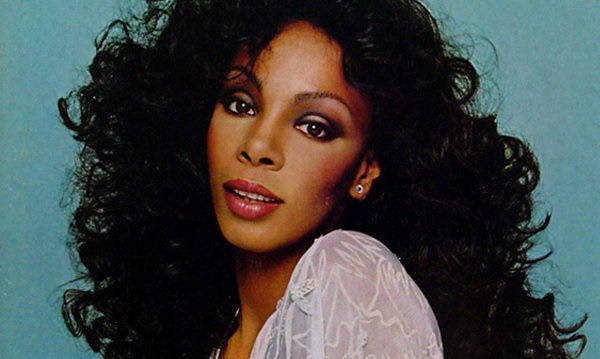 Donna Summer, without question, possessed the most versatile voice in popular music. Her forays into rock, disco, R&B, country, jazz, Broadway, and gospel are unparalleled in their quality and breadth. She earned five Grammy Awards in four different genre categories, amassed four era-defining number one pop singles and three consecutive number one albums, a stack of gold and platinum discs, and boldly pushed beyond the "Queen of Disco" title she rightfully earned during her reign of the dance floor in the 1970s.

Donna Summer, without question, possessed the most versatile voice in popular music. Her forays into rock, disco, R&B, country, jazz, Broadway, and gospel are unparalleled in their quality and breadth. She earned five Grammy Awards in four different genre categories, amassed four era-defining number one pop singles and three consecutive number one albums, a stack of gold and platinum discs, and boldly pushed beyond the "Queen of Disco" title she rightfully earned during her reign of the dance floor in the 1970s.

Like many singers of her generation, Donna Summer (born LaDonna Adrian Gaines in 1948) nurtured her strong, powerful voice in the church. As a teenager in the eclectic Boston music scene, she fronted a rock band called The Crow not too long before moving to New York City's Greenwich Village in the late 1960s. Inspired by everyone from Judy Garland to Janis Joplin, Donna Gaines auditioned for the musical Hair and was hired for its German production (Haare). After relocating to Munich and starring in a spate of musicals, including Porgy and Bess, Godspell, and The Me Nobody Knows, the multi-talented American expatriate married Austrian actor Helmuth Sommer and adopted his anglicized surname.

Munich-based producers Giorgio Moroder and Pete Bellotte solicited Summer for session work and the trio eventually wrote and recorded Summer's debut album, Lady of the Night (1974). Unlike the throbbing dance beats that only a year later would make Donna Summer a million-selling recording artist around the world, the music on Lady of the Night was cloaked in story-based pop/rock not unlike Cher's early solo hits from the 1970s. A single from the album, "The Hostage", became a huge hit in Holland and the album established Summer as a beguiling songstress.

No one, least of all Summer, could have anticipated how her next recording would forever change her life and become an anthem of the sexually liberated 1970s. "Love to Love You, Baby" catapulted Donna Summer to global superstardom when it was released on Oasis Records via Neil Bogart's Casablanca label in 1975. Its seventeen minutes of suggestive moans and elaborate, lush orchestrations gave Summer a #2 single on the pop charts in addition to her first U.S. gold single and gold album. Follow-up conceptual albums A Love Trilogy (1976) and Four Seasons of Love (1976) were enthusiastically embraced by the dance floor cognoscenti while I Remember Yesterday (1977) and Once Upon A Time (1977) each brought dance music to uncharted thematic and musical territory.

The "blockbuster" phase of Donna Summer's career commenced in 1978 when she starred in Thank God It's Friday and sang its theme song, "Last Dance." The Paul Jabara-penned tune won an Oscar for "Best Original Song" and brought its vocalist her first Grammy Award (Best R&B Performance, Female). Summer's musical versatility was showcased on the chart-topping double album Live and More (1978), which featured concert renditions of her hits and standards like "The Man I Love" on the first three sides. The fourth side contained the side-long studio recording of "MacArthur Park Suite." The extracted four-minute single skyrocketed to the top of the charts; to this day Donna Summer fans regularly cite the tune as her single greatest vocal performance.

Bad Girls followed in 1979 and stands as the commercial and critical peak of Summer's career: "Hot Stuff" and "Bad Girls" were chart-topping crossover hits, "Dim All the Lights" was a self-penned smash, and rock critics, who were known to be less than complimentary about disco, couldn't deny the album's innovative mixture of rock and dance music. Summer's third number one two-record set, On the Radio, compiled her hits through Bad Girls and featured a memorable duet with one of her key influences, Barbra Streisand, on "No More Tears (Enough Is Enough)."

After leaving Casablanca in 1980 because of alleged mismanagement, Donna Summer became the first artist signed to David Geffen's eponymous record label, Geffen Records. The four albums Summer recorded for the label revealed an artist who consistently diversified her musical palette: The Wanderer (1980) featured an intoxicating blend of new wave and rock, the Quincy Jones-produced Donna Summer (1982) brought together a stable of top-notch R&B musicians and songwriters, Cats Without Claws (1984) featured the second of Summer's two Grammy wins for "Best Inspirational Performance" on "Forgive Me," and All Systems Go (1987) included the definitive version of Brenda Russell's "Dinner With Gershwin."

Part of Summer's settlement with Casablanca stipulated that she give then-parent company Polygram another album. Released in 1983 on Mercury Records, She Works Hard for the Money was the artist's biggest album of the 1980s. The title track, produced by Michael Omartian, shot to number one on the R&B singles charts and the accompanying film clip was one of the first heavily rotated videos by a black artist on MTV. The close of the 1980s found Summer signed to Atlantic Records though Another Place and Time (1989), which featured the Top 10 hit "This Time I Know It's For Real," and Mistaken Identity (1991) were her only releases for the label.

Throughout the 1990s and early years of the new millennium, a series of compilations honored Donna Summer's enormously successful career. Each retrospective contained a couple of new songs that added to Summer's illustrious legacy, including the Grammy-winning "Carry On", ClivillÃ©s and Cole-produced "Melody of Love", and number-one dance single "I Will Go With You (Con Te Partiro)". Amidst a 15-year belated release of Summer's I'm a Rainbow (1996), an autobiography (Ordinary Girl, 2003), her 2004 induction into the Dance Music Hall of Fame, songwriting contributions to film (Naturally Native, Daylight), her charity work, and sought-after paintings, Donna Summer continued to tour and delight fans with one rousing concert performance after another. The success of club tracks like "You're So Beautiful" (2004) and "I Got You Love" (2005) also ensured that Summer's voice was never too far from a DJ's turntable.

Signed to Sony BMG's Burgundy imprint, Donna Summer released Crayons in 2008, which was her first full-length album of new material in nearly two decades. As noted by a variety of critics, Crayons incorporated all of Summer's musical influences, from the reggae-derived title track to the samba-driven "Drivin' Down Brazil."  With "I'm a Fire," one of a few dance-oriented tracks on the album, Donna Summer became the first artist to land a number one dance hit in each decade since the 1970s.

Though she never abandoned the music that has secured her place in popular culture, Donna Summer was truly an artist whose talent extended far beyond the 4/4 beat. That "ordinary girl" from Boston who once made the congregation cry was a heaven-sent force in the world of popular music.