Happy Birthday to Henry Fambrough of The Spinners 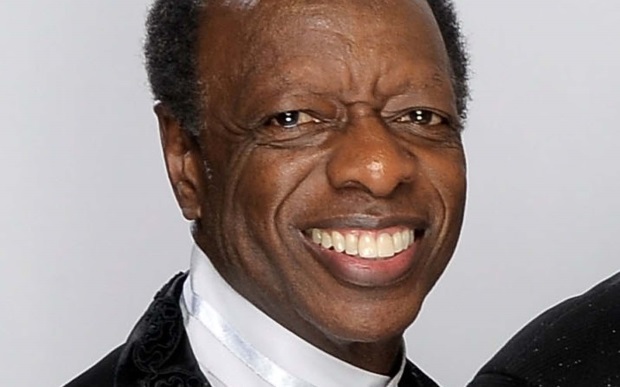 Happy Birthday to Henry Fambrough, one of the founders and the last remaining original active member of the Spinners, who was born on May 10, 1938. Fambrough is the baritone voice behind such great songs as "Ghetto Child" and "I Don't Want to Lose You."

Happy Birthday to Henry Fambrough, one of the founders and the last remaining original active member of the Spinners, who was born on May 10, 1938. Fambrough is the baritone voice behind such great songs as "Ghetto Child" and "I Don't Want to Lose You."

Back in 1971, when the Spinners left Motown for Atlantic Records, it wasn't exactly an event that shook the music world.  But why would it?  The group had toiled in virtual obscurity for nearly a decade as one of Motown's "forgotten" groups.  While Motown star groups like the Temptations and Four Tops were headlining shows around the world and were choosing from the top songs of Smokey Robinson, Norman Whitfield and Holland-Dozier-Holland, the Spinners were recording infrequently and charting even more rarely, working with Motown's second tier producers and catching opening act gigs where they could.

Many folks around Hitsville, USA knew that the quintet, consisting of Henry Fambrough, Billy Henderson, Bobby Smith, Pervis Jackson and G.C. Cameron, was a solid vocal group and an entertaining act.  But they were in a stable full of prize winning horses, and getting the attention of the Motown brass was next to impossible.  Without that attention, success appeared equally impossible.  And that was the case until their good friend, Stevie Wonder, wrote a song for them that was so strong, even Motown's indifference couldn't stop it.  In the summer of 1970, around the time the Spinners' Motown contract expired and almost a year after it was recorded, Wonder's "It's a Shame" became an international smash for the Spinners and gave the world a glimpse of a future supergroup.

Interestingly, while the Spinners had not garnered much commercial success during their Motown years, they had earned the interest of a young producer named Thom Bell, who felt that the Spinners' tight harmonies and smooth delivery could be the perfect vehicle for his brand of sophisticated soul music.  Along with Kenny Gamble and Leon Huff, Bell was the architect of the "Philadelphia Sound," a new style of orchestral soul music that borrowed as much from the big bands of the 40s and 50s as from the Motown sound of the 60s, all wrapped up in exquisite production that appealed to adults as much as to the teenagers that AM radio targeted.  The success of that sound would ultimately pave the way for a new genre of music - Urban Adult Contemporary -- that would hit its peak over a decade later with artists such as Luther Vandross and Anita Baker.

With Bell's interest secured, the Spinners readied themselves for a fresh start on Atlantic Records.  However, in a strange twist that would define the group for years to come, G.C. Cameron remained under contract with Motown and was forced to leave the group.  So the Spinners recruited Cameron's friend, Philippe Wynne, to be their new lead singer.  Wynne - a sly, talkative singer who preached, scatted and joked his way through material, turning every song into a dynamic story -- was a perfect contrast to the smooth, understated style of the rest of the group.

The result of the first Bell/Spinners collaboration was historic.  The Spinners, released in 1973, was not only a bold statement of a new beginning for the group, it became one of the most important soul albums ever.  Boasting four top 10 hits, "I'll Be Around," "Could It Be I'm Falling In Love," "One of  a Kind" and "Ghetto Child," the disc immediately moved the Spinners to the upper echelon of soul music and established the Philadelphia Sound as the definitive sound of the early 70s.  The Spinners, along with the Stylistics, the O'Jays and Harold Melvin & the Blue Notes, among others, shifted the soul music world's attention from Detroit to Philadelphia, and kept it there for most of the decade.

The Spinners/Bell train continued to roll for another seven albums, resulting in such classic songs as "Mighty Love," "Games People Play," "Sadie," "Then Came You" (with Dionne Warwick), and "I'm Coming Home." These were among the decade's finest discs, and the group members became international stars.  However, as the decade wore on, the hits slowed down and the relationship between Bell, the group and the mercurial Wynne began to deteriorate. Wynne ultimately left the group in 1977 to pursue a solo career, teaming with George Clinton and the Parliament/Funkadelic crew.  Sadly, he  died in 1984.  The group then selected John Edwards as its new lead singer.  If Wynne's style was that of a sly cat, Edwards was that of a tiger, devouring songs with a huge voice and multi-octave range.  Edwards was clearly a talent, but one to whom Thom Bell had trouble adjusting his restrained production style. To further complicate things, Bell's work with the group was beginning to sound dated and somewhat formulaic, and new hotter beats were emerging on the airwaves.  After the disappointing From Here to Eternally, Bell felt that he had done all he could with the group, and the Spinners and Bell parted ways.

As 1979 arrived, the group found itself without a producer and three years removed from its last major hit.  With the disco craze in full swing, the Spinners, with their more traditional sound, appeared anything but relevant.  The group then surprised the music industry by putting its fate for the first post-Bell album in the hands of Michael Zager, a moderately successful dance producer whose style was as straightforward and blunt as Bell's was subtle and sophisticated.  Their first Zager collaboration, the disappointing Dancin' and Lovin', stalled on the charts for several months until the album's second single, an unlikely dance remake of the Four Seasons' "Working My Way Back to You," hit the radio and zoomed to the top of the charts.  This led to a smash remake of Sam Cooke's "Cupid" in 1980.  While Zager was more workmanlike than dynamic on these songs, they were a success in large part because Edwards was able to unleash his monster voice, something that rarely happened under Bell's more stifling production.

The group continued recording for Atlantic for another five years with multiple producers (and generally weaker songs), but never again scored a major hit.  A couple of additional albums on minor labels in the late 80s and early 90s found the quintet in fine voice but working with uneven material.  Throughout these latter years, the Spinners managed to make even mediocre material sound better than it deserved, and made good songs (such as 1989's sadly ignored "Memories of Allison") downright inspiring.

The Spinners have remained active, touring regularly and occasionally recording. But beginning with the new millennium, the relatively stable group membership became a revolving door due to illness and sudden departures. Lead singer John Edwards had a heart attack and stroke in 2002, leading the Spinners to go full circle by making an unexpected call to former lead G.C. Cameron after more than 30 years to fill in for Edwards. When it became clear that Edwards could not physically return, former Delfonics member Frank Washington took over the lead vocalist position and Cameron went on to join the Temptations.  Washington in turn replaced by Charleton Washington in 2007. In the mid-00s, Billy Henderson left the group due to illness and was replaced by Detroit singer/songwriter Harold Bonhart, who himself was replaced in 2009 by Marvin Taylor.  Sadly, Henderson died of complications from diabetes on February 2, 2007.  Pervis Jackson followed a year and a half later, dying on August 25, 2008 and was ultimately replaced after a year with Detroit singer and radio personality Jessie Peck. In February 2013, Smith died, leaving Fambrough as the only original member.  The current version of the group consists of Fambrough along with newer members Washington, Peck, Taylor and the newest member, Ronnie "Raheem" Moss.

The Spinners have left a legacy of wonderful music in their five decades together. Their terrific harmonies and stage presence are a joy to experience now as much as ever, and have made them one of the Soul Music's greatest treasures.