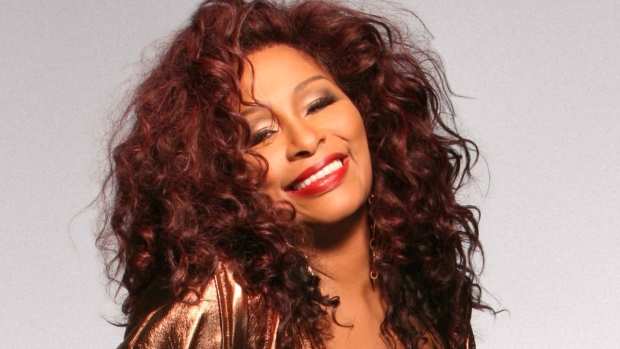 Happy Birthday to the great Chaka Khan, born March 23, 1953. For her nearly five decades in the spotlight, Chaka Khan has virtually defined the term "Soul Diva," through a string of memorable, soulful performances and a singularly strong personality both as a member of Rufus and as a solo artist.

Happy Birthday to the great Chaka Khan, born March 23, 1953. For her nearly five decades in the spotlight, Chaka Khan has virtually defined the term "Soul Diva," through a string of memorable, soulful performances and a singularly strong personality both as a member of Rufus and as a solo artist.

Born Yvette Stevens in Chicago, she changed her name to the African-influenced Chaka Khan while still a teenager. At age 19 Khan joined an established Chicago soul/funk group that was renamed Rufus, and she and the band played Midwest locations (including, amazingly, my brother's Flint, Michigan 1973 prom) before signing with ABC Records and recording the Stevie Wonder-penned classic "Tell Me Something Good" in 1974. The funky, sexy cut shot Rufus to the top of the Soul Music world, a place the group kept for nearly a decade. And while the band developed into one of the tightest, funkiest groups in popular music, the spotlight was always reserved for the mesmerizing Khan.

During her period with Rufus, her voice defined a number of major hits such as "Hollywood," "Once You Get Started," "Everlasting Love" and the wonderful "Sweet Thing." And despite the rocky relationship Khan had with the other members of Rufus, she remained the focus and defining element of the group. From 1978 - 1984, Khan was in and out of the group frequently, with Rufus sales going up and (precipitously) down depending on her participation on their recordings. She debuted as a solo artist in 1978 with the smash hit "I'm Every Woman" (later remade by Whitney Houston) and recorded three hit albums during this period while also scoring with Rufus on "Do You Love What You Feel," and "Sharing the Love." She also cut a rarely referenced but now cherished 1981 jazz album, Echoes of an Era, with an A-list of jazz performers. Her swan song with Rufus, the double album Stompin At the Savoy, was another major hit album and included the great single "Ain't Nobody." It became Rufus's last hit, and the Khan-less group broke up a year later.

Khan went solo for good in 1984, releasing the album and single "I Feel For You," an uber-infectious dance cut that shot to #1 and became the biggest solo hit she would ever have. The follow up single, "Through the Fire," was an adult contemporary hit and solidified her status as a bona fide solo artist. However, while her reputation as an extremely talented, somewhat tempermental singer kept her in the spotlight on Soul radio for several years, her crossover appeal stalled rather quickly. Khan recorded only three albums in the next decade, all of which hit the Soul top 10 but none of which did much on the pop charts.

During the 90s, Khan focused on soundtrack work, working on fifteen movie soundtracks including Waiting to Exhale and Clockers, and also performed on stage in Europe in Mama I Want to Sing. In 1998 she joined with Prince for the album Come 2 My House, which garnered some critical acclaim but didn't sell well. She reappeared in 2003 with her autobiography Through the Fire, and in 2004 with ClassiKahn, an album of jazz standards recorded with the London Symphony.  In 2006, Khan signed with with the new Sony imprint Burgundy Records and began preparing for her first release of new material in the 21st century, the album Funk This, recorded with legendary producers Jimmy Jam and Terry Lewis. The disc was released in Fall 2007 to excellent reviews and sales success. In February 2008 Funk This won the Grammy for Best R&B Album. It was more tha a decade before Chaka released another album, but 2019's Hello Happiness was another winner, and featured the hit "Like Sugar." In 2021, she teamed with Idina Menzel on a new version of "I'm Every Woman" to celebrate International Womens Month.

Chaka Khan's legacy has continued to grow, decade after decade. She performs regularly and still sounds great, nearly a half century after she first graced the world with "Tell Me Something Good."