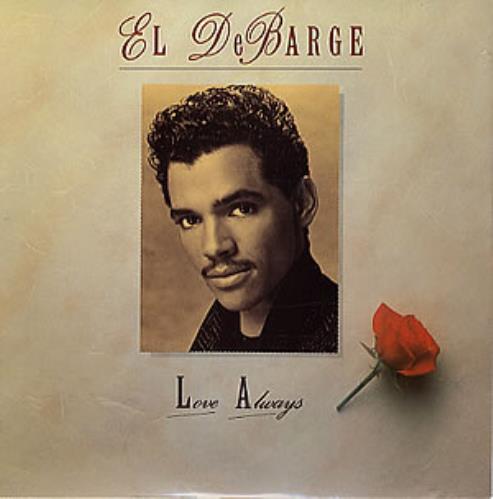 The family group DeBarge had the looks, the vocal talent and the backing of Motown that vaulted it quickly to the top of the Pop and Soul worlds in 1982. However, demons arising from a rough and dysfunctional family history ultimately caused the group to implode, and the group disappeared in the mid 80s nearly as quickly as it came.

The family group DeBarge had the looks, the vocal talent and the backing of Motown that vaulted it quickly to the top of the Pop and Soul worlds in 1982. However, demons arising from a rough and dysfunctional family history ultimately caused the group to implode, and the group disappeared in the mid 80s nearly as quickly as it came.

The eight DeBarge children grew up in a volatile bi-racial home, with a violent, abusive father and devoutly religious mother. The family moved from inner city Detroit to conservative Grand Rapids, Michigan, to be near extended family, but violence and drug addiction remained close.  Older brothers Bobby (a tremendous singer) and Tommy found success as members of the popular Motown group Switch ("There'll Never Be," "I Call Your Name") and they paved the way for their younger siblings Bunny, James, Mark, Randy and Eldra to be signed by Motown in 1981, under the group name The DeBarges.

Good looking and talented as both singers and songwriters, the DeBarges had moderate success on their self-titled first album, but exploded commercially on their sophomore LP, All This Love, which featured monster hits in the title cut and "I Like It." The quintet was quickly groomed as heir to the family group throne occupied by the Jackson 5 a decade earlier, and their quick rise to fame, fueled by their smooth group harmonies and El DeBarge's attractive first tenor. appeared to deliver on the promise.

DeBarge's next album, In A Special Way, continued the success, with the ballads "Love Me In A Special Way" and the pretty "Time Will Reveal" topping the Soul and Adult Contemporary charts.  Like the Jackson 5 ten years earlier, the group found itself with mostly a singles-oriented popularity that could limit its longevity, and drug use and poor working habits by all but El added internal friction to the mix.   1985's Rhythm of the Night was pivotal, as it was the first hit that clearly put Eldra out front as the leader of the group and was also the first in which Motown had brought in outside hitmakers to fashion the group's sound.  The title cut became the act's biggest yet, and the follow up single, "Who's Holding Donna Now," hit top 10 Pop and Soul. But by the end of that year, internal strife had gutted the group, and Motown dropped the DeBarge family, instead signing El and Bunny DeBarge to solo contracts.

By 1986, El recorded solo the upbeat main cut from the movie Short Circuit, "Who's Johnny." The cut went to number one, and his eponymous debut later that year was a solid disc that featured compositions by a number of the biggest Pop and Adult Contemporary writers of the time, but which didn't hit the chart heights to which he was accustomed.  Bunny's solo album, In Love, was largely ignored and she was soon off the music radar, facing major addictions and life problems that she would later document in her autobiography.

El then moved to Warner Brothers, but the move didn't boost his solo career.  His his three subsequent albums were far less popular than his debut (none hit the Soul top 20), and his solo recording career stopped after 1994's Babyface production, Heart, Mind and Soul. He found moderate success serving as a guest vocalist on the albums of other artists, especially on the sultry ballad "The Secret Garden" from Quincy Jones' Grammy Award winning Back On The Blockand a cover of Marvin Gaye's "After the Dance" with Fourplay.

While its well-documented behavioral problems and the loss of its two most visible members made it unlikely that DeBarge the group would be heard from again, a reformulated version, consisting of four of the DeBarge brothers, signed with Striped Horse Records and released the dance album Bad Boys in 1988, but it went nowhere.  Younger brother Chico also gained some notoriety as a solo singer, but his career was interrupted by a conviction for drug-related offenses.  Sadly, over the next two decades several family members similarly ended up in trouble with the law, with four DeBarges (including El) being arrested for various offenses and oldest brother Bobby dying of AIDS related illness associated with his years of heroin use.

As the 1990s arrived, a number of DeBarge family members reunited for a single, well made Gospel album (The DeBarge Family) that served as the coda for a talented but only briefly popular family act. In 2010, following his release from prison, El DeBarge began his own personal rehabilitation, performing on the SoulTrain Awardsand releasing his first album in 16 years, Second Chance (click on title to see our review). It was a welcome return of a very talented singer and one of the better soul albums of 2010. He followed its release by signing up to tour with Kem and Ledisi but, sadly, backed out of the tour in February, 2010 when he reentered drug rehabilitation.

El DeBarge has continued to appear sporadically in concerts over the years, and he issued a COVID-era live performance from a record store that showed he still had the voice.

In the end, a sad background they couldn't put behind them led to the kind self-destructive habits that prevented the DeBarge family from attaining the lasting success that their incredible talents warranted. But even though they are known for only three years of recordings, the DeBarge siblings continue to be soul music royalty, with their recordings treasured and their songs being regularly covered by others nearly four decades after they emerged. And El DeBarge in particular still holds a special place for a generation of soul music fans.