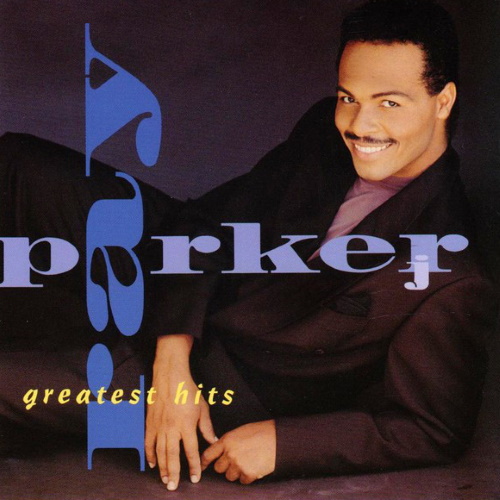 Happy birthday to the legendary Ray Parker, Jr., born May 1, 1954. Ray Parker, Jr is best known for an extremely successful career as a solo singing artist and as frontman for the group Raydio, but his most meaningful legacy may be in his lesser known role as one of the greatest session guitarists in Soul Music history.

Happy birthday to the legendary Ray Parker, Jr., born May 1, 1954. Ray Parker, Jr is best known for an extremely successful career as a solo singing artist and as frontman for the group Raydio, but his most meaningful legacy may be in his lesser known role as one of the greatest session guitarists in Soul Music history.

A true prodigy, Parker was playing with The Spinners as an early teen and became a sought-after guitarist around Detroit while still attending the city's Northwestern High School, playing on a number of Holland-Dozier-Holland productions before graduation.  His big break came when, at age 18, he was contacted by Stevie Wonder to play guitar on Wonder's 1972 tour with the Rolling Stones.  Over the next half decade he established an enviable career as a choice session musician, playing on albums by artists such as Wonder, Barry White, the Chairmen of the Board, the Four Tops and Marvin Gaye. He was even the uncredited writer of the #1 hit for Leo Sayer, "You Make Me Feel Like Dancing."

Following a prompting by his mother, who wanted to see her son on the front of an album -- rather than listed on the back -- Parker sought out a solo deal, and in 1977 Parker was signed by Clive Davis and Arista Records. Defying normal industry standards, Parker recorded his debut album in his L.A. area home. Still developing as a singer himself, Parker brought on three contract guest singers (most notably first tenor Jerry Knight - later of "Breakin" fame as part of Ollie and Jerry) to put a group face on his music as the semi-fictional band Raydio.  As many in the music business expected, Raydio became an immediate hit.  However, rather than creating muscular, electric soul that may have been anticipated based on Parker's resume, Parker focused on creating simple, catchy, easy-to-digest songs, in part due to his admiration for what KC and the Sunshine Band were doing. The group's first hit, "Jack and Jill," became the template for Raydio's output -- sing-songy but incredibly infectious and hooky.  Its twist on the old nursery rhyme (Jack went down the hill because he "needed love he couldn't get from Jill") also gave an indication of Parker's lyrical focus.  Like Richard "Dimples" Fields, his songs generally centered on a "loverman" view of relationships, but often also displaying the consequences of that view.

"Jack and Jill" made the Top 10 on both the Pop and Soul charts, and began a string of hits for Raydio that included the smashes "You Can't Change That," "A Woman Needs Love" and "Two Places At the Same Time."  Parker also began writing and producing for a number of other artists, and he scored a number one hit in 1982 with New Edition's "Mr. Telephone Man."

By 1982 Parker ended the Raydio charade and began recording under his own name.  The hits continued with a more mature but still hooky sound on "The Other Woman" and "I Can't Get Over You."  Then in 1984, Parker scored his first across-the-board #1 with the theme song from the Bill Murray movie Ghostbusters.  It topped the Pop and Soul charts for over a month and became one of that year's biggest hits (Parker later settled a lawsuit with rocker Huey Lewis because of "Ghostbusters'" similarity to Lewis's 1983 hit "I Want A New Drug").

Parker's pop-oriented sound soon became less interesting and engaging, and almost immediately after "Ghostbusters" his sales began to fall precipitously.  He scored only two more moderate but enjoyable hits, "Jamie" in 1984 and "Girls Are More Fun" in 1985.  Hoping to jumpstart his career, Parker left Arista for unsuccessful stints on Geffen and MCA Records, but his latter albums suffered commercially and his final disc, 1991's I Love You Like You Are, barely charted. It was a decade  and a half later that he returned as an independent artist with the enjoyable disc, I'm Free.

In the end, Ray Parker's legacy may well come full circle to the teenage guitar prodigy of the early 70s.  While he sold millions of records as a pop/soul star in the 80s, it was largely music of its time.  However, his work as a guitarist on such seminal albums as Stevie Wonder's Talking Book and Marvin Gaye's I Want You placed him at the center of some of that era's greatest music and has secured his place in the history of Soul Music.