Happy Birthday to Shirley Jones of the Jones Girls! 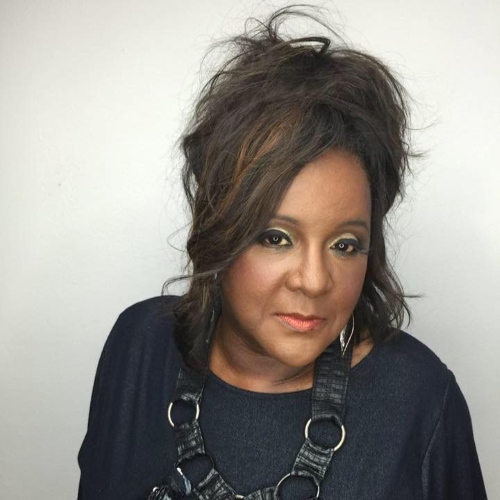 If one of the missions of Soul Tracks is to highlight great artists who haven't received their "props," we'd need to look no further than this trio of sisters from Detroit. For during a half decade between 1979 and 1984, Shirley, Valorie and Brenda Jones created some of the most glorious Soul music around.

If one of the missions of Soul Tracks is to highlight great artists who haven't received their "props," we'd need to look no further than this trio of sisters from Detroit. For during a half decade between 1979 and 1984, Shirley, Valorie and Brenda Jones created some of the most glorious Soul music around.

Born and raised in Detroit in a gospel singing family, the Jones Girls spent the better part of the 60s and 70s as sought-after backing vocalists, first regionally and then on a national basis. Their attempts to break through as a singing group on a number of smaller labels (including a brief stint at Curtis Mayfield's Curtom label) failed, and they seemed destined to spend their careers harmonizing behind bigger artists. However, while serving as Diana Ross's backing group during a mid-70s tour, the girls were "discovered" by Kenny Gamble and were signed to Gamble & Huff's Philadelphia International Records.

They came out smoking on PIR with their eponymous debut album and the infectious dance single "You Gonna Make Me Love Somebody Else," which stormed the pop, soul and dance charts. They followed with the beautiful ballad, "We're A Melody," a prototypical Philly song with sophisticated arrangements wrapped around their wonderful harmonies.

Both drop dead gorgeous and talented, the Jones Girls were individually accomplished singers; but together, their voices were absolutely heavenly. And at PIR they found the perfect match in the melodic writing and lush production that Gamble & Huff and Dexter Wansel/Cynthia Biggs provided them. Their second and third PIR albums were gems. At Peace With Woman and Get As Much Love As You Can featured a number of now classic cuts, including the club favorite "Nights Over Egypt," the sassy "I Just Love the Man" and a timeless cover of the Stylistics' "Children of the Night."

In what would prove a career mistake, the Jones Girls left Philadelphia International for RCA Records in 1984, and couldn't recapture the magic. They retired the group in 1985 and lead singer Shirley Jones went solo, returning to PIR in 1986 for Always In The Mood and its #1 hit, "Do You Get Enough Love." She continued to record sporadically over the next decade, and the group reunited from time to time for special concerts and issued a 1992 reunion album, Coming Back, in Europe.

The sisters spent much of the next decade raising their children, occasionally reuniting for shows (particularly in Europe) and providing guest vocal help to other artists.  They released Best of the Jones Girls in 2000, a great sampler of their work on PIR and an essential purchase for lovers of sophisticated, well orchestrated soul music. Sadly, sister Valorie died the next year.

Brenda Jones ultimately moved to Atlanta, where she sang frequently with her four-piece band, performing both Jazz and R&B numbers, including several Jones Girls tunes.  She later moved to New York after her children were grown, to have a more active performing and recording schedule. Brenda died tragically on April 4, 2017 after being hit by an automobile.

Shirley Jones is based in Atlanta and has appeared in several stage plays and concerts in the US and Europe with such artists as Jean Carne, Glenn Jones and Cherelle.  In 2010, after a long recording break, Shirley released the solo album, Feels Like Heaven. She has continued to record successful singles since then, and also tours regularly, performing solo or with backing singers replicating the Jones Girls sound.

Despite their relatively brief recording period on PIR, the Jones Girls' exquisite harmonies and engaging stage presence, combined with the uniformly excellent songs they received, created a powerful musical legacy that continues to this day. Happy birthday, Shirley!