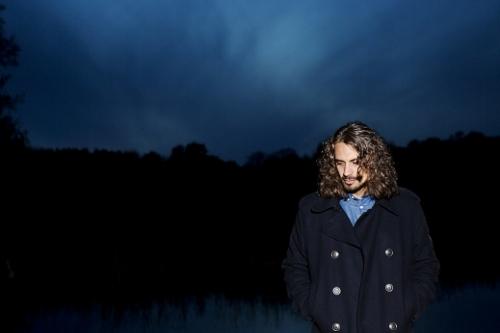 Christoffer Hiding was born in Gothenburg, Sweden in the middle of the eightes. As an eleven-year-old kid he started digging the crates for soul music, both old and new. He fell in love with the neo soul sound of the nineties and D'Angelo became his musical guru. Singing was something that came natural and after high school he started to write his own songs in the vein of his musical role models. A few years later Christoffer auditioned for the swedish idols where he ended up in sixth place. After the idols show seven hard years followed with the struggles of not fitting into the swedish music market. With no money and no hope a follower on Twitter asked him if he had heard of crowdfunding. The swedish alternative to Kickstarter, fundedbyme.com, offered him a platform where he could ask his fans for help. 45 days after launching the project he had collected 60.000 SEK and along with all of his savings he now had the financial means to record the album of his dreams.

Christoffer wanted to make an organic soulful album that echoed of the seventies. The foundation was soul music but influences through the years including Coldplay, Bon Iver and other pop acts also made its way into the album. Tobias Grenholm produced the record and quite a few of Sweden's best musicians contributed to the sounds.

Yes, Higher! was released on april 2nd on Chris Hiding Music and became an instant iTunes hit. Scandinaviansoul.com gave the album a 4.8/5 rating and celebrated the musicality and playfulness of the album.