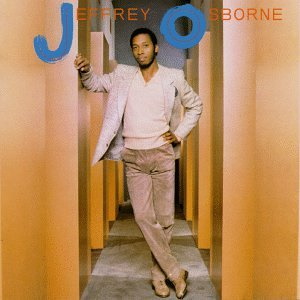 The group spent the next few years searching for its own sound, ultimately finding it in a tasty mix of funky party tunes alternating with sweet ballads, all fronted by Jeffrey Osborne's rich, romantic baritone.  After a couple false starts, L.T.D. landed a #1 Soul hit in 1976 with the now-classic love song "Love Ballad" (later remade, in discofied format, by George Benson) and the album Love to the World.  They topped the charts again the following year with the funky dance cut "Back In Love Again" and the #1 album Something To Love. The group continued to score over the next three years with a series of wonderful Osborne ballads, including "Stranger," "Where Did We Go Wrong" and "We Both Deserve Each Other's Love."

Over the course of the L.T.D. albums, Osborne became a larger and larger presence, and on this day in 1982, it became official that he was going solo, as he released a debut album that would begin a career as a solo artist that surpassed even his work with L.T.D.

Released on the A&M label that had been Osborne's home with the group, his eponymous debut album was terrific, combining quirky dance tunes such as "I Really Don't Need No Light" along with radio-friendly ballads like "On The Wings of Love." Best of all was an Osborne-penned ballad masterpiece, "Congratulations," an emotional song of loss that remains one of his most requested tracks.

Over the next decade plus, Osborne remained a fixture at the top of the charts with such hits as "Don't You Get So Mad," "Plane Love," "Let Me Know," "She's On The Left," "You Should Be Mine" and "Only Human."

Osborne has continued to record and tour now into his 70s, and he looks and sounds great. And this incredible four decade solo career found its origin on this day in 1982.