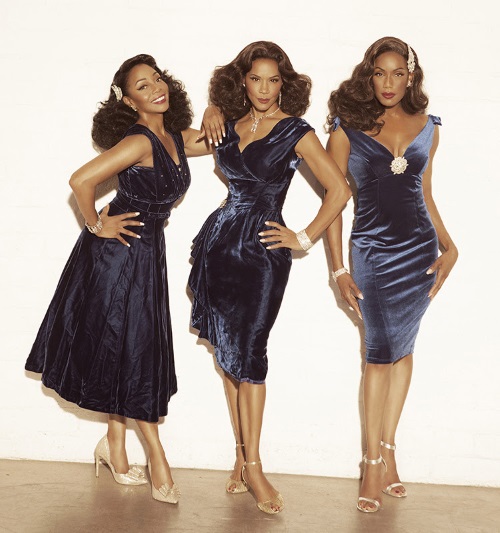 Today, affectionately known as the   “original funky divas’, they are redefining the idea of beauty and what it means beyond the traditional sense with their distinctively fusion of music and style.

Recognized as one of the top 5 highest selling American female music groups in history En Vogue has sold over 20 million albums and effortlessly transitioned into the digital age, amassing over 30 million streams and over 26 million YouTube views on their top 6 hit singles alone: the R&B and Pop smashes Hold On, Free Your Mind, Never Gonna Get It, Giving Him Something He Can Feel, Don’t Let Go, and Whatta Man feat. Salt N Pepa). Now, in 2018, the group will present their most creative music yet with the release of “Electric Café”.

The new music explores a variety of sounds, like electric guitars on Oceans Deep, yet stays true to their signature sound on the harmonious, Déjà Vu.  In support of the new music, En Vogue will embark on a world tour with shows throughout North America (U.S. and Canada) and Europe (Holland, the U.K., Denmark).

For the last two decades, En Vogue has continued to cement their legacy via stirring live performances on The Grammys, Saturday Night Live, Oprah Show to major events such as the Kentucky Derby, Super Bowl and delighting U.S. troops in Iraq. The ladies of En Vogue believe each day is a living affirmation that they are born to sing and have NO plans to ever let go.

Since En Vogue’s debut, they have set a standard for female R&B and pop groups, as trendsetters and regarded as one of the top female acts of all time by publications and media such as Billboard, Rolling Stone, BET, MTV, HuffPost, FUSE, New York Times, Complex, and US Weekly. En Vogue’s magical formula of fusing style, sophistication, sass, and sex appeal helped the group sell over two million copies of their first album, “Born To Sing” and over five million of their album “Funky Divas”. They went on to record four more albums: “EV3”; “Masterpiece Theatre”; “The Gift of Christmas”, and “Soul Flower”. Additionally, they have been featured on soundtracks: “Why Do Fools Fall In Love”, “Set It Off” (featuring Billboard #1 hit, “Don’t Let Go”), Sesame Street’s “Elmo’s Elmopalooza!”, and Disney’s “Simply Mad About the Mouse”. Group member, Terry Ellis, also experienced solo success with her album “Southern Girl”.

Contrary to belief, En Vogue has never disbanded. As true music veterans who have withstood ever-changing music industry fads and trends, the group continues to record and perform worldwide with original members Cindy Herron-Braggs, Terry Ellis, and newest member, Rhona Bennett. Cindy Herron-Braggs says it best, “We find total freedom and fulfillment when we hit the stage. It’s the ultimate connection with our fans. It’s about the energy you receive, the love, and the reciprocation from the message in the music.”