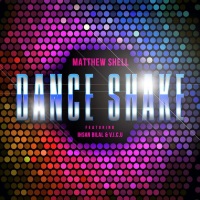 Music fans may not know the name Matthew Shell, but they’ve probably heard his work. Known as a music producer and audio engineer. He’s worked in jazz, R&B, rock and soul, among other genres, and with artists ranging from rockers O.A.R. to soul acts like Carolyn Malachi.

Matthew has just released a new song that harkens back to the heyday of dance music in the late 70s and early 80s. Says Matthew, “My inspiration for the song comes from the late 70's / early 80's era of music, and especially Michael Jackson's album Off The Wall, which is my favorite album of all time. However, I wanted to present a sound with a modern flair and live instrumentation with soulful but upbeat vocals. I recently have been working a lot with artists IhsAn Bilal (from Los Angeles, CA) and newcomer, 16 year old Vicu Schek (aka V.I.C.U from Bethesda, MD) so when I made the beat and shared it with songwriter Reginald Honore (from New Orleans, LA), it was a no brainer to share Reggie's songwriting with IhsAn and Vicu.“

“IhsAn wrote the hook and Reggie wrote the rest of the lyrics and vocal melodies for the verses and bridge to highlight the youthful flavor of the song blending with the nostalgic disco flavor and the live 33 piece layering of orchestral string playing, as arranged by Yoed Nir String Productions. Yoed Nir (from Israel) layered cello, viola and violins (all on his own, one at a time) for this distinct live strings sound. Yoed was definitely the shining star instrumentally, but the track is solidly held down by the funky bass playing of Jerome Lawrence (from DC) and synthesizer work of Strat Carter (from Barbados). This is an inspiring direction and we hope to continue in this direction as this will be the opening track of my upcoming album Spiritual Relationship: The Deeper Meaning.”

We think SoulTrackers will dig this cut. Check out “Dance Shake” below and tell us what you think!