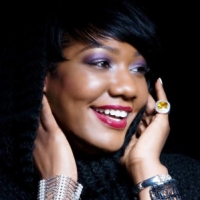 Imagine the courage it takes to walk away from an established career path to pursue a passion that many around you didn't know existed. It's not the most conventional way to become a star, but it's the one that Gwen Maul chose when she decided to leave her comfortable perch as a hairstylist in her native Cleveland, Ohio, to become a performer. After making her public debut at a local jazz spot (Uptowne Grill) and building on her reputation around town as a talented vocalist, Ms. Maul combined her songwriting skills and some well-connected contacts to create her enjoyable debut, Back For the Very First Time.

Thanks to the inclusion of skilled producers like Kenn Bell and spoken word maestro Chiefrocka Q-Nice, Back.... has a modern, sultry and polished feel, from the opening motivational track, "Once Chance," to the sensual odyssey "More." Ms. Maul, who wrote and co-wrote all of the songs, pours her saucy soprano all over the adoring "Whateva," expresses an uneasy angst with "Tie Me Up" and covers the 1970s soul classic "Betcha By Golly Wow" as if she's been singing it professionally  for years. Brimming with verve and vivaciousness, few will argue about Ms. Maul's new career choice...except maybe to say that her style and self-assuredness make this CD sound like anything but anyone's ....Very First Time.

Back For The Very First Time