Khari Lemuel knows he will one day rise into heaven on a cloud of musical composition. For him music is a daily meditation; an alter where he can unfold the purpose of his life. Above all Khari Lemuel is an artist painting with sound, composition and the mystical force of creation. Since the age of 3 Lemuel has been studying the instrumental aspect of music. First on cello then moving to flute, bass, guitar, violin, keys, trumpet and voice. It is with these tools combined with his formal and spiritual training that Khari spins a web of musical fabric that is ancient yet prophetically contemporary.

During his early years of musical development, Khari played with many youth orchestras and chamber ensembles. It was inside Chicago's classical community that he first fell in love with the orchestral sound. After some time studying classical music, Khari became increasingly frustrated with it's boundaries. His teachers disliked him because he was constantly improvising and rebelling against the conventional style of cello playing.

Finally in 2002 Khari left the classical scene and began to produce his own music. His search for a place where his ideas would be welcomed led him to the Chicago underground poetry scene. It was here that Khari found his voice and his individuality. Khari's was embraced by a community of artist that inspired him with their incredible talents and abilities.

Khari's music and popularity began to spread; within two years he was opening up for independent and major artists such as Me'Shell Ndegeocello, Chico Debarge, Eric Roberson, Fertile Ground, Dwele, Isaac Hayes and the legendary Stevie Wonder. It was the interaction with these great artist that inspired Khari to do something new and different with his music . Khari's latest album entitled Morning Music is a work that is made to embody the healing inspiring energy of the morning. The album has many elements of popular soul music yet it also strays away from the boundaries of neo-soul. 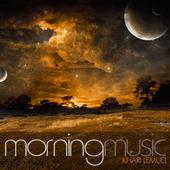