L. Michael Gipson's Critical Matters: Give Us Something We Can Feel 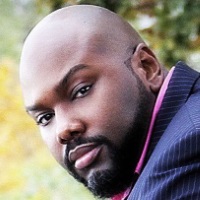 Once every two weeks I’m called upon to create a thirty-minute guest spot for DJ Soulswede aka DJ Souly’s Soul Interviews shows on Solar internet and SkyNet satellite radio. And, at least once every month or two, I curate a three-hour mixtape podcast for LMG: The Soul Eclectics Mix on Podomatic and iTunes. In both instances I’m in trying desperately to identify, excavate, and share something special, that something that inspires a real reaction from the listener. Whether they love it or hate it, what is most important to me in cultivating these shows is to introduce the audience to music that inspires enough of a reaction from them to care, for them to be invested enough to come away with a strongly held opinion, one other than annoyance or, worse, indifference.

Once every two weeks I’m called upon to create a thirty-minute guest spot for DJ Soulswede aka DJ Souly’s Soul Interviews shows on Solar internet and SkyNet satellite radio. And, at least once every month or two, I curate a three-hour mixtape podcast for LMG: The Soul Eclectics Mix on Podomatic and iTunes. In both instances I’m in trying desperately to identify, excavate, and share something special, that something that inspires a real reaction from the listener. Whether they love it or hate it, what is most important to me in cultivating these shows is to introduce the audience to music that inspires enough of a reaction from them to care, for them to be invested enough to come away with a strongly held opinion, one other than annoyance or, worse, indifference. I want music to matter enough to have actually touched them, but in far too much of today’s unrelenting white water rush of unregulated, unlimited, and unendorsed music, the rendered effect on listeners is not a people left soaking wet, but remarkably dry and utterly untouched by what they’ve heard.

It is often taken for granted that music lays hands on people and that anyone who can sing, play, and/or produce has a facility for reaching the insides of another person—a stranger, really. Such notions insult real artistry, and by real, I’m not speaking of technical ability. As much as musicians hate to admit it, with proper training much technique can be learned, and, unless tone deaf, with copious amounts of practice one can become a reasonably proficient musician. No, what I mean by artistry is the ability to use artifice artfully enough to tell and achieve a certain truth, to affirm a real and authentically lived experience; to get at the heart of what someone felt when that experience happened and those words were said to him or her, often in ways the listener could rarely articulate, but instantly knows to be honest. Or, in the case of dance and funk music, to connect back to something ancient and tribal enough through rhythm, chant, spirit, drum and truth that is so indisputable that our pulse quickens and joy spreads like blood flowing to the tips of our limbs, making adherence to movement an undeniable demand.

Too much of today’s music is cold and empty, rich in glimmering emotional bankruptcy. Slick, proficient, and polished often enough, to be sure, trafficking in a trail of musical tropes that are so familiar that, in theory, they should reach, should touch; but they too often leave their listeners as devoid of emotion as would a dispassionate reading of furniture assembly instructions. The radio is full of it, “meh” music by numbers. But, so is independent music, maybe even more so by indiscriminate volume. That is not to say there isn’t warm, good music out here. There is. Tons. We prove it every day at SoulTracks as do our colleagues at Soulbounce, SoulAfrodisiac, YouKnowIGotSoul, Singersroom, ThisIsRnB, NeoSoulCafe, SoulCultureUK, GrownFolksMusic and so very many other sites. I certainly try to prove it with my radio and podcast shows by refusing to select music made before the year 2000, just to show that good music didn’t end at the birth and childhood of the millennial, much less the Gen Xer. But, the good is always outnumbered, always outgunned by the “meh” music. Maybe it has always been so, but never has music competed against so much media, entertainment, and obligations for our time, down or otherwise. And, while what is vying for our attention has grown, what hasn’t is the number of hours in a day.

Listeners have less patience for the mediocre, and shoveling through so much of it to mine a golden nugget or even a pan-full is a lost art few crate diggers still maintain, making it now the province of tastemakers and bloggers. The problem is that those media folks have quotas to fill, favors to return, and on very rare occasions, a check to earn. All of these demands to produce daily to keep visitors returning, advertisers coming back, and to be “in the know” about what is too vast a world to ever truly know and get one’s hands around, even an international world of soul, leads to a lot of “meh” music leaking through and being celebrated as something more. So, the listeners don’t have time and the already terribly fragile work of the barely respected gatekeepers is made that much weaker by the demands of maintaining a viable site and reputation. In the meantime, more sterile music makes it through the filter, and more disappointment comes when it fails to do what listeners most need music to do: touch them.

And make no mistake about it. We are all looking to feel something, anything, in an increasingly disconnected, high tech world where folks are annoyed that you called rather than texted them, group discussions happen through sites, finding the right mate is finding the right app, and IMs can be ignored in a way that a knock on the door cannot. Music had been the seemingly endless reservoir of sustenance for us for generations, but it seems of late to be falling down on the job. We want music that is loving, soothing, nurturing, angry, righteous, mournful, screaming, uncomfortably vulnerable and unflinchingly bold and brassy with a purpose; music that burrows like an unwanted parasite to the marrow of the bone and makes its presence known, setting up shop on our soul and leaving its indelible mark. Not music that hits like Teflon and rolls off and dissipates like a whiff of air from an oscillating fan. We want it to overcome us with immediacy and consistently. We no longer have time to grow to love that which lives in the middle; those days are gone. We want to love you now.

The cynical fiends among us, desperate for a reliable fix without the fuss, have abandoned the new altogether, leaning heavily on collections worn from use and heavy in memories and reminiscence because those works still make us feel something, if only nostalgia. However, the imprints of yesterday’s events are already heavily inscribed on those vinyl grooves and CD reflections, and there’s no room on them for today’s experience, much less tomorrow’s. What will soundtrack tomorrow and make you then smile or tear anew with sweet recall?

Just as penetrating is the question of those who are growing up without the knowledge or expectation that music can be a healing, a balm, a celebration, an affirmation at all–a generation that is rising under the belief that coarseness, calculus, and clinicians are what music is really all about. How terrifying is it for a generation to not only grow up in a drought of acrid plains, but also to never know that there was once rain and that it washed us clean? Lyrically cursing without cause is not feeling and truth-telling, it’s cheap and easy. Synthesizer music used with heart and skill can penetrate, Stevie taught us that; but live instruments played with sincerity and heart have an easier go of piercing our emotional defenses. A technically sterling yet emotionally frigid voice of jingles cannot carry you through bad times or help one survive too many nights of tarrying alone; but an imperfect testifier wailing stories from her soles can. A thin, tinny bassline cannot make you feel the blood beat in your ears nor make you want to sweat until you’re alone with the creator in a room full of bodies moving in rhythmically similar, solitary worship; but a thundering cacophony of throbbing, floor moving percussions can.

Musically being exactly who we’ve already fallen in love with does not begat new love affairs and discoveries of the world and its infinite possibilities. It merely robs the grave and reminds us of the dead and artists whose inspirational flame had long since extinguished. A steady flow of exciting fresh voices singing our life with their song can make one believe life is worth living, lest one miss the next new voice just around the corner.

We need more to survive much less thrive; we just do. We have enough uninspired works and empty calories in the world. We’ve had our fill. Now please, true artists around the globe, give us something we can feel.