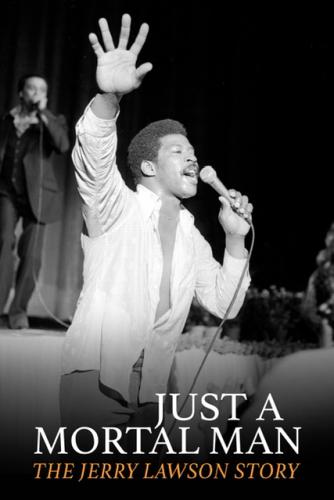 Just a Mortal Man: The Jerry Lawson Story will premiere on PBS and their WORLD Channels in selected markets on February 10th, and will be aired in most markets during the month of February in conjunction with Black History Month.  The film will also be available for streaming nationwide on the free PBS app after February 10th

Just a Mortal Man: The Jerry Lawson Story will premiere on PBS and their WORLD Channels in selected markets on February 10th, and will be aired in most markets during the month of February in conjunction with Black History Month.  The film will also be available for streaming nationwide on the free PBS app after February 10th

No music fan ever discovered the great Jerry Lawson by listening to the radio. That is the elephant in the room whenever I talk about a man who, in my view, was one of the five greatest soul singers of my lifetime. As the lead vocalist for The Persuasions, Lawson introduced the world to a cappella soul music, and set the stage for two generations of acts ranging from The Nylons to Pentatonix. And while subsequent groups tricked up and smoothed out a cappella to larger audiences and certainly greater fortunes, no one has ever matched the power, the artistic authenticity, or the timelessness of the 20+ albums and countless shows that the “King of A Cappella Soul” brought over a career that spanned a half century.

The unsung impact of Jerry Lawson as a pioneering performer and the humility of a man who defined “success” in his own personal way are two of the themes that run through Just a Mortal Man, the lovingly created documentary by Producer Gail Kempler and Producer/Director Miles Merritt.

That this movie was even made is astounding. While media giant Phil Lerman called Lawson “The most famous singer you’ve never heard of,” it was the “never heard of” part that made it particularly courageous for Merritt and Kempler to spend years working on the film, believing that there would be an audience for it. Even more of a blessing is that all the shooting – hundreds of hours of interviews, location filming and performances -- was done while Lawson, who died in 2019, was still active.

But back to my first point: No music fan ever discovered Jerry Lawson by listening to the radio, because radio in that era wouldn’t consider spinning an a cappella group. Even as an avid soul music fan, I had never heard of The Persuasions until I walked into the Grapevine record store in Flint, Michigan as a kid, and saw their five year old Capitol Records debut album, We Came To Play. The cover was mesmerizing, combining my two loves (soul music and basketball) in a single shot. So I bought it blindly and put it on my stereo at home. What came out of the speakers was like nothing I had ever heard. It was the 70s, and the musical leaders of the day in Philadelphia and Detroit were increasingly rounding out the edges of soul into a beautifully elegant sound. Well, the Persuasions took their music an entirely different direction: No electronics, no instruments, no gizmos. Just five voices and a brand of music that was so raw and organic, the vinyl was practically sweating. I became hooked that day, and I wasn’t alone. Even though the masses weren’t hearing the group’s recordings, other artists were. And the Persuasions won a fan base among many of the world’s most influential musicians, from Stevie Wonder to Joni Mitchell to a most unlikely admirer and mentor: avant garde singer and songwriter Frank Zappa. And thus began a 40 year career for the Persuasions that interspersed recording regularly, headlining shows in small clubs, and touring the world opening for some of the biggest artists around.

Just a Mortal Man looks back at those days, with a particular focus on Lawson’s unheralded brilliance as both a singer and arranger for the group. Beginning with the story of his adoption as a baby in Florida, it chronicles the emergence of a preternatural musical talent in the most unexpected of circumstances, and a life filled with both struggles and triumphs – often at the same time. It is filled with a career’s worth of seminal music, that’s for sure. But particularly in the quiet interviews with Lawson, his wife Julie, and those who lived and worked with him, the movie lays bare the humanity of a man who admits to personal mistakes, but whose moral compass always led him back to the right place in music and in life, ultimately finding its logical coda as he spent the final years working with developmentally disabled adults in Arizona.

We often think that the measure of an artist's impact is how brightly the spotlight shines on him or her. But as Just A Mortal Man so beautifully illustrates, over the course of his life Jerry Lawson used the dimmer glow of small club stages, independent record labels and long bus rides to impact the musical world in ways few superstars will ever match. Highly Recommended.