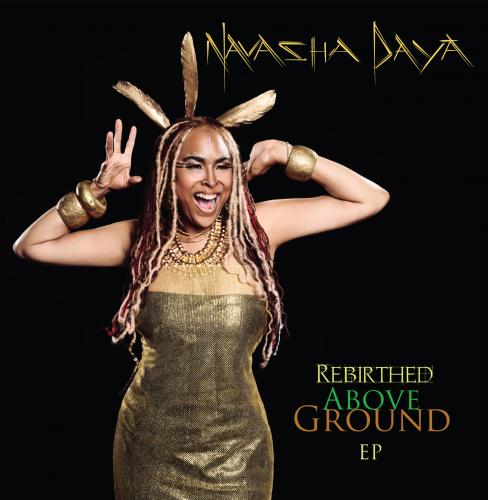 Called an "astral soul goddess" by Mojo magazine, NAVASHA DAYA is a singer, songwriter, composer, producer, and performer extraordinaire. She lights up the stage with her energy and continues to amaze with her vocal range. And she is an artist with a purpose, captivating audiences and winning the hearts of fans everywhere with healing lyrics for a world in need of inspiration and upliftment. For over a decade, NAVASHA served as lead vocalist, songwriter and co- founder of the highly acclaimed soul, funk, jazz band, Fertile Ground and has been dubbed one of the foremothers of the underground/ indie soul movement. 4 LPs, international tours and thousands of performances later, NAVASHA is doing her own thing and has graced us with a genre-busting powerhouse of originality, bubbling with her signature dance grooves, haunting melodies, and soul-stirring lyrics.

As a songwriter, Navasha Daya’s compositions have been remixed by the world’s top DJs and producers and have been released as recordings. She has shared the stage with legendary greats such as Chaka Khan, Hugh Masekela, Roberta Flack, Frankie Beverly & Maze, Confunkshun, Chuck Brown, Earl Klugh, Joan Baes, Angelique Kidjo, Rachelle Farrell, Erykah Badu, Jill Scott, India.Arie, Bilal, Commom, Zap Mama, Michael Franti and Spearhead, Anthony Hamilton, and Cassandra Wilson to name a few. On stage, she embodies the indigenous feminine spirit and inspires women throughout the world.

A Baltimore transplant by way of Cleveland, OH Navasha is also a performance arts curator, certified healer, and spiritual and cultural arts activist who from childhood was inspired and encouraged to use her voice and talents for upliftment and change. Steadfast in her dedication to the upliftment of the community, with her husband Fanon Hill and two youth mentees she co-founded the Youth Resiliency Institute (YRI).

Continuing the legacy of her cousin the late great Gil Scott Heron, and embodying the influences of the likes of Manu Dibango, Miriam Makeba, Bob Marley, and Phyllis Hyman, her dynamic live show fuses Fertile Ground classics along with new compositions she has composed including songs from her debut solo EP "Rebirthed Above Ground". Yes, some stardust has come to earth. Open your heart and soul to a sound experience like no other!

"Navasha's voice is the true definition of Soulful. I celebrate the return of one of the most spirit filled voices around" ~ India Arie