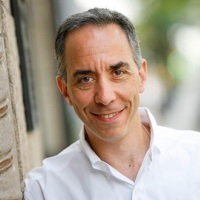 (April 4, 2018) Two events happened in the past few weeks that caught my attention: Lil Pump, a 17 year old Miami rapper, signed an $8 million recording deal with Warner Bros. Around the same time, one of the leading modern soul singers in the US celebrated on social media the one millionth stream of her latest song on Spotify. Her financial haul on it? Likely around $3,000. Though these two stories appeared unrelated, they are instructive of the strange new world of music streaming payments, and the inherent bias against soul, jazz, classical and other genres of music aimed at adult listeners.

(April 4, 2018) Two events happened in the past few weeks that caught my attention: Lil Pump, a 17 year old Miami rapper, signed an $8 million recording deal with Warner Bros. Around the same time, one of the leading modern soul singers in the US celebrated on social media the one millionth stream of her latest song on Spotify. Her financial haul on it? Likely around $3,000. Though these two stories appeared unrelated, they are instructive of the strange new world of music streaming payments, and the inherent bias against soul, jazz, classical and other genres of music aimed at adult listeners.

For four generations, recorded music has been an integral part of popular culture, and has also been a key piece of how musical artists make a living. And whether it was wax, vinyl, 8-Track, cassette, CD or mp3, there was always a direct financial connection between the artist and his or her listening fans. When I bought my copy of Thriller, I knew that some money from that purchase ultimately found its way to Michael Jackson. And when my Dad purchased a Frank Sinatra album, the same thing happened. The income of both artists was directly correlated to the money that their fans spent to listen to their music. And it didn’t matter if I listened to my Michael Jackson album more often than my Dad listened to the Sinatra disc. The fact is that we each made a financial commitment to our artist by buying the album, and our artist received a share of the purchase.

When music streaming services like Spotify, Apple Music and Tidal came around (for purposes of this article, we’ll focus on Spotify, the industry leader), they turned the music industry on its head, changing how fans listened and paid for music, particularly with the idea of monthly “all you can eat” subscriptions. Those subscriptions are the main source of Spotify’s revenues, and Spotify then agrees to pay a percentage of those revenues to “rights holders” like artists and labels. And while there has been a lot of press about how streaming initially reduced the overall payments to record companies and artists (which has since turned around), what hasn’t been addressed as much is how streaming has changed which artists get paid. And, without a doubt, streaming has stacked the deck toward hip-hop, pop, and other genres whose listeners are teenagers and twenty-somethings. Kids listen to more music than adults do, period. Research indicates it can be as much as five times as much. And it has been that way forever. But in the past, artist revenue was based on sales, not listens. So artists with adult audiences were rewarded when their fans paid money for their music, even if they actually listened to it less often. Music streaming, on the other hand, allocates payments based on the number of listens, or “streams,” of songs. And THAT changes everything, creating new winners and losers.

Here is a very simplified example: Let’s say my 19-year old neighbor and I both subscribe to Spotify. And let’s say that $5 from each of our monthly subscriptions gets paid to artists. For our example, we’ll say that there are only two artists on Spotify, Najee and Young Jeezy. I listen only to Najee and my neighbor listens only to Jeezy. My neighbor, who has way more time on her hands, streams Jeezy’s songs 80 times in the month, while I listen to Najee 20 times.

Back in the day, I would have bought the Najee album and my neighbor would have bought the Young Jeezy album, and each artist would have made exactly the same amount from our purchase. But with Spotify, our subscription money goes into a pool, which is split among the artists based on the number of streams. And since Jeezy was listened to 80 out of the 100 streams, he gets $8, and Najee only gets $2. So, basically, $3 out of my $5 went to Young Jeezy, even though I never listened to him once. And Najee is waaaay worse off than he was in the old days, solely because his adult audience listens less often – regardless of the fact that his fan paid for ½ of the subscription revenue that month.

This problem is more than theoretical. It is the immediate dilemma facing artists, and it has an inordinate impact on jazz, soul, classical, blues and other similar genres with older audiences. Some artists are leaving the industry, some are changing their music to appeal to younger ears, and thousands of others have decided not to release any new music because they simply can’t make money recording anymore.

Some would consider it too strong to call the pay-per-stream method “unfair” – and I will admit that, on the surface, pay-per-stream has a simple attractiveness to it -- but there is little doubt that it has significantly changed the bargain that existed between artists and fans for a century. We’d consider it ludicrous for half of my $50 Gregory Porter Detroit concert ticket to be used to pay Drake for a larger show he’s doing in Phoenix, but it is now completely accepted that a majority of my streaming subscription will be used to pay artists to whom I wouldn’t listen on a bet. It is the opposite of the customer empowerment that otherwise pervades modern commerce.

While I believe that this effect on some musical genres is a major problem, it is unlikely that many folks in positions of power in music (major labels, Apple, Spotify, etc), agree. After years of rough sledding, they’re all making more money now, so they’re not exactly focused on the (likely) unintended consequences of the new payment formula. The labels have simply adjusted to the pay-per-stream method by signing youth-oriented acts like Lil Pump and dropping older artists who would get less streams. However, I would argue than a reasonable, relatively simple, alternative exists that wouldn’t affect overall revenue for the labels, but which would again financially connect artists with their fans who are streaming subscribers. That would be to more directly connect subscription revenue to the artists that the individual subscriber listens to. So the portion of my subscription that is paid out to artists actually goes to the artists whose music I streamed, spread among them based on MY streams, not those of my neighbor or anyone else. In essence, each subscriber is empowered with his or her own stream rate  - a "user-centric" stream rate - allocated in the way that they listen. In my example above, my $5 would go to Najee and my neighbor’s $5 would go to Jeezy. Again, total label revenue remains the same, but the odd wealth reallocation among artists that streaming has wrought would be, at least partially, undone. And the music consumer is empowered in a way that largely conforms with longtime expectations, and with overall business trends.

Look, I understand that streaming is a great new technology that is a net positive for the music industry. But its payment formula is not so great, and it is having significant negative effects on thousands of artists who have just as many fans as they did a few years ago, but who are getting paid a lot less because their fans are now subsidizing teen-focused artists and genres. There is nothing magical about the algorithms that were made up by a couple guys in Sweden ten years ago. They can, and should, be changed. In the end, it is just math, and it is completely do-able technically. The streaming industry can create something, dare we say, “fairer,” and in the process save the livelihoods of important artists in some of the most revered and historically significant genres.