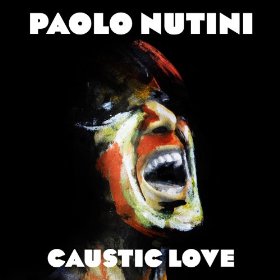 Click on CD cover
to listen or purchase
https://www.amazon.com/Caustic-Love-Paolo-Nutini/dp/B00I50MNGG/ref=as_sl_pc_tf_til?tag=soultracks-20&linkCode=w00&linkId=TLBFCS4OUOWUVGVL&creativeASIN=B00I50MNGG

Just about anyone who wishes to enter the fickle music business focuses on testing the waters by establishing an audience they are comfortable with. While Paolo Nutini was discovering his musical voice, he primarily wanted to impress the girls, despite being quite self-conscious about his looks. He also recognized how his family instilled a major role in gaining the confidence he needed to persevere through life’s obstacles and how the power of music helped his grandfather deal with the loss of his wife. After taking a risk by dropping out of high school to pursue his dream, Nutini received an unexpected opportunity in the guise of a karaoke moment, singing the Elton John classic, "Your Song," from which he was discovered by his future manager. From there, the then 16 year-old’s star would rapidly rise in his native Scotland.

From all appearances, the fondness and musical respect may have been mutual. In a series of tribute performances for Ertegun, it was a humbled Nutini that was selected to share the stage with his childhood heroes Les McCann, Ben E. King, among many esteemed others. He apparently held his own.

Others would come to agree with Ertegun’s ear regarding young Nutini. There was his initially well-received eclectic songbook, boasting diary-like pieces such as the breezy pop of “Jenny Don't Be Hasty” and the country cool of “New Shoes.” Both ended up Top 25 U.K. hits from Nutini’s five-time platinum debut, These Streets.

A subsequent release continued revealing an artist in discovery. Marching to the beat of his own non-conformist drum, Nutini’s sophomore disc, Sunny Side Up, further stretched his musical repertoire to ska, folk ballads and Dixieland jazz, powered by the southern soul of “Coming Up Easy” and “No Other Way.” Despite very credible sales in the U.K. once again, the diverse styles on Sunny Side Up was met with some critical skepticism. After a self-imposed sabbatical for a few years, it is clear Nutini has rediscovered his musical yearning and comes out swinging hard on his new, soul-filled canvas, Caustic Love, with many of the punches confidently landing.

In a near 180° change of pace, Caustic Love finds Nutini mostly reaching back to old-school soul, yet still managing to occasionally augment and incorporate elements of his complex musical arsenal from These Streets and Sunny Side Up. Nutini’s heart-on-his-sleeve vocals regarding relationships, romance and consciousness, while not always technically sound, is one of the positive keys throughout Caustic Love.  The opening track is also the first single, “Scream (Funk My Love Up),” an emphatic gospel and soulful rock tune enraptured by brass, keys and a heavenly female chorus. A cover of “Let Me Down Easy” samples rhythm and blues legend Bettye LaVette’s 1965 Top 20 R&B hit. This rendition sweetly flows into a duet, while still capturing the angst-ridden emotions of the original. Nutini follows up with his own rich, soulful orchestrations of the ‘60s on “One Day” and “Looking for Something.” The latter, graced by tasty guitar and electric piano licks, is dedicated to his mother, a woman whose words of wisdom fueled his childhood: “Sometimes you'll rise/And there's times you'll fall/After all/You're just blood and bones.” Where Caustic Love temporarily runs aground is when Nutini tries to connect with the funk grooves on “Fashion,” despite Janelle Monae’s tight, yet brief rap about her own dapper fashion statement. Yet, Nutini picks himself up when gliding on the neo-soul frosted, “Diana,” complete with a solid falsetto chorus.

Sometimes epic tunes can meander beyond belief and musically peter out. This is not the case with “Iron Sky,” which spills over slowly with Nutini’s convicting plea of empowerment right up to the chilling climax from Charlie Chaplin’s The Great Dictator soundtrack: “You are not machines/You are not cattle/You are men/You, the people, have the power/To make this life free and beautiful.” “Better Man” maintains that soulful aftertaste, but with an acoustic soul folk swagger that recalls how a special woman’s smile and presence can lift the spirits.

In part, Caustic Love celebrates the man who first passed on the gift of music to Nutini, his grandfather, with a pure love fest that permeates the project. It’s also a project that feels like more than a nod to his highly influential mentor, Ertegun, the Atlantic Records soul man who first took a chance on Nutini’s youthful talent and once told him to just be himself. With Caustic Love, it is clear Nutini took him up on the advice. Here, a more confident Nutini is more than comfortable achieving his artistic goals without any hesitation or second-guessing. Solidly Recommended.