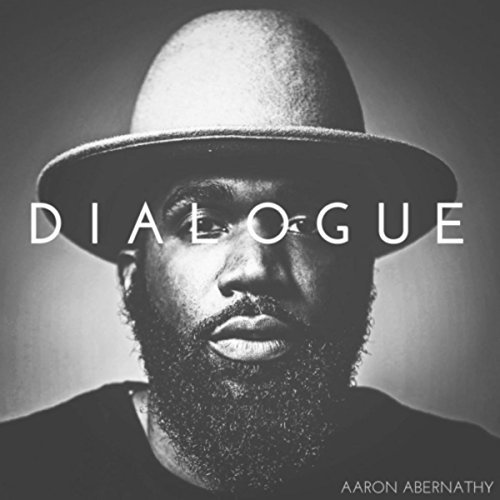 Right from the “Daily Prayer” opening of his sophomore full-length album, Aaron “AB” Abernathy is in conversation with the ancestors. He may also, sadly, be in conversation with the future generations to come. Consciousness raising about the circumstances and life conditions of people in pain, people under the thumb of various, sometimes intersectional oppressions, and people crying out for help to apathetic ears is unfortunately always on-time, because there’s always someone to fit the bill and always someone in denial needing the cold, harsh waters of awakening music to help wash open resistant eyes and ears. In these Americas, those underfoot have been fairly consistent for centuries with little variation: those without light skin, heavy pockets, a patriarch’s stance, and/or a straight and narrow disposition. Which is why Abernathy’s progressive blues can span all the way back to “Bessie’s Blues” or to the Negro spirituals of old and find relevancy. Much like its creator, the grandnephew of Civil Rights icon Reverend Ralph Abernathy, Aaron Abernathy’s Dialogue has a lineage of excellence and protest that it earnestly seeks to live up to as well, one it largely succeeds in meeting with a capital “S.”

More than metaphor, the intergenerational dialogue is cut and paste right into the tracks, with historical speeches and Black cultural protest moments from public intellectuals like James Baldwin and academic-activists like Angela Davis that are interwoven into the tapestry of the songs in ways not fractured but seamless. Each brief clip is well selected, educational, and pivotal moments of Black consciousness, including revelations of the CIA origins of the crack epidemic in the inner city to fund then-secret and later exposed Central American wars. On an anthem like “Generation,” the Civil Rights past is an echo chamber speaking to the post-Civil Rights movement/New Civil Rights present with the ebb and flow of the tide to hypnotic effect, closing with the ominous promise of a warning, warnings all seers have offered over the last century.

Abernathy’s proletariat man’s blues, the starkly vulnerable “Am I Good Enough To Love?” could be the decades late, sensitive Black man’s answer to Michelle Wallace’s 1978 feminist opus, Black Macho and the Myth of the Superwoman, which raised relationship issues distressingly still on the table. Abernathy is bare for his brothers here for any willing to hear.

The unvarnished lyrics of “Now a Days,” a song about the danger menacing Black bodies, is every day that the Black body has lived on American shores, making it timeless, but only in ways that shame the nation in the intractable endurance of the harrowing experiences portrayed. That Abernathy manages to close “Now a Days” with the optimistic tone and dignity infusing words of his much abused and harangued grand uncle speaks to the dogged resistance to giving in to despair that is as much the legacy of Black people in the Western world as is the story of our oppression. In this, Abernathy captures the Pan African community’s magic.

While plenty can be made of the historical collage and resonating discussion Abernathy is having with his forebears, the musical approach and influences are decidedly more contemporary. As heavy and loud as its generation, the sound of the project is not retro in the least. Though its backdrops borrow heavily from choral and doo-wop traditions, the electrosoul, acid jazz, and orchestral soul funk feel is defiantly now. As has been sonically true since Abernathy’s introduction in 2009, it’s difficult to not hear contemporary artists like Bilal and D’Angelo in Abernathy’s work or the 1970s soul giants that influenced those voices and layered harmonic approaches, artists like Prince, Marvin Gaye, Curtis Mayfield, Sly Stone, and Al Green. Still, AB manages to distinguish himself among his influences.

Vocally, Abernathy fares better than D’Angelo on that young legend’s career-long struggle with diction, and is more funk and blues-based in his sound than the increasingly more alternative rock and pop-edged Bilal. The classically trained composer, who studied jazz piano at the famed Howard University music program that produced titans like Roberta Flack and Donny Hathaway, has a flawless execution on his stacked harmonic background vocals that form a doo wop and jazz soul wall to his leads. However, Abernathy, who historically never met a church run or jazz riff he didn’t like, still can run himself into a wavering sense of pitch that is rarer than on his earlier EPs and debut LP, but still episodically present.

Luckily, on songs like “Restrictions,” a testifying cut about inner city struggles and environmental limitations, Abernathy privileges a belter’s straight ahead approach for much of the cut. By soul singing in a wailing belt or compellingly phrasing in a plainspoken tone as on “Forecast,” more often than not Abernathy sidesteps the occasional pitch concerns through sheer raw conviction, straight ahead singing, an evolving phrasing mastery, and the compositional proficiency of everything surrounding his voice. The orchestral soul funk of each composition is organic throughout, even with the many interpolated speeches. Nothing here feels false or contrived; reminding us that earnest sincerity, well-done song craft, and raw emotion trumps prettified vocal precision in soul and funk every single time.

Where Abernathy is an indisputable musical genius is in his arrangements, composition, production, and keywork at levels that continue to astound, particularly on cuts like “Human Actions Matter (Leviticus)” or the single, “Children of the City.” Harmony, counterpoints, call and response, the trademarks of tension and dynamism are never on better display than they are on Dialogue, itself a rather large statement given the creative heights of 2016’s Monologue. The swing between these two towering releases carries Abernathy from strength to strength in less than a year. That he does so with absolute respect for his audience, without dumbing down language, without topical condescension, or even the usual self-righteousness that accompanies “woke” music all places Dialogue and its artist in a class by itself.

A clear and devoted student of his craft, Aaron Abernathy appears well on his way to matching the titans he musically and perhaps spiritually stays in deep dialogue with for the benefit of us all. Highly Recommended.