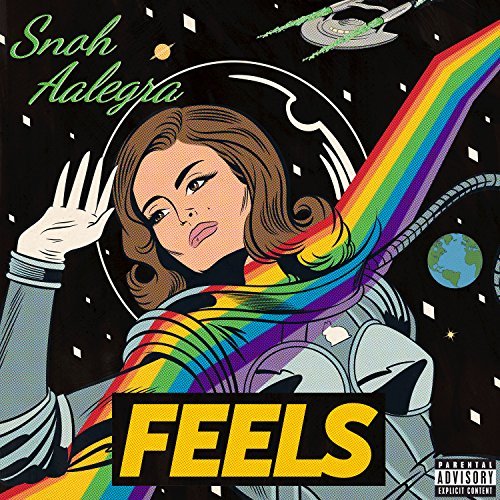 When I was a kid coming up in the late ‘70s through the ‘80s and ‘90s, I was incredibly impatient for songs to get to what I referred to as “the good parts.” The “good parts” were the feel-good moments where the singer let loose on the vamp out, the heart-wrenching field holler peaks, the unexpected music break leaving just the soloist’s voice piercing the sonic stillness, the bridge that had a totally different set of chords that surprised and delighted the ear – the good parts. Moments like Peabo Bryson’s “Let The Feeling Flow” with its legendary break at 3:19, Teena Marie sustaining that panoramic note at the 4:00 mark on “Casanova Brown,” the electric guitar and percussion dance bridge at 3:08 of Janet Jackson’s “If” where she does her arm acrobatic dance, or Minnie Riperton’s famed whistle notes throughout “Lovin’ You.” As a kid uninterested in verses, sometimes it felt as if everything got in the way of smile inducing choruses, bridges, or that big moment of pure catharsis before the vamp out made that song uniquely special. That moment that made the song feel like soul.

Swedish-born, L.A.-based Persian singer-songwriter Snoh Aalegra has clearly been a student of those moments. The structure of her songs and the floating, dreamlike quality of some of the material on both her debut album, FEELS, and last year’s EP, Don’t Explain mine just the “good parts” of songs, throwing away the rest of the pesky stuff that interferes with setting the spell of what she calls “cinematic soul.” Her partner-in-crime is her cousin-in-law producer No I.D., who himself made national news by being the sole producer on Jay-Z’s grown, vulnerable, and stunningly soulful 4:44 project. Together, it’s like they wrote full songs, edited them until only their most emotionally resonating tidbits and lyrics remained and placed them on a loop until they saw the studio listeners were entranced. Only it’s clear Aalegra is singing every part right in the moment and that nothing is looped. This is her singing and him producing and together they are spell-weaving in ways that feels different from much of the deconstructed, experimental, atmospheric fare dominating the alternative soul universe where artists like Alex Isley, KING, and even, more conventionally, a Jhene AIko on her most recent project lives these days.

Some songs have actual verse and chorus structures that are traditional, at least initially. Yet, they often dispense with these formalities as expeditiously as possible to mine the emotional heart of the song and then let that play out, like on the dark mood of “Worse” which evokes all the feelings of heartbreak without resorting to theatrics. Or, the string-laden album’s buzzcut and title track, “FEELS,” which opens like a Motown song if done by Phil Spector and is incredibly structured for the first half, but by the one-minute mark we’re hearing it yield to inflections of Stevie Wonder orchestrations and Michael Jackson riffs and phrasing and a chorus and vamp out on repeat for what eventually feels like the entirety of the song.  And, suddenly, inexplicably you are in your feels over “FEELS.” The deceptive arrangement and light but effective songwriting hits as hard as the growls or high notes of old, which comes as a total surprise since nothing vocally is particularly spotlighted. These enveloping, highly produced moments are different from the traditional song cuts on FEELS such as “Recent Times,” which are sound enough but don’t leave listeners quite as spellbound as the lyrical tapestries of Aalegra’s finest.

In case there’s any question of whether or not Snoh Aalegra is just another feathery voiced dream pop singer, with “Fool for You” she delivers a totally traditional old school ballad without a lot of fuss, and plays with phrasing, scatting, and various vocal inflections in ways that are skilled, intentional, and painterly. She follows it up with “Time” a spare, raspy ballad that gives her no hiding spaces and is just the keys, space, and voice. On both songs she keeps listeners rapt interest without obvious production aids and gimmickry, perhaps more impressively, without octave jumps and technical acrobatics that most singers feel they must do when presented with the intimidating space of a piano ballad. Aalegra is nothing if not assured in her vocal style and makes the most of her range. While spare in the sharing, she illustrates her upper register nicely on the latter portion of “You Keep Me Waiting.”

No shakes himself, No I.D. provides Aalegra with the Shirley Bassey-era James Bond meets ‘90s hip hop soundscapes that helped Aalegra first distinguish herself outside of guest features as on Don’t Explain’s much licensed “In Your River.” But, he doesn’t keep her boxed in with too many wall of sound Technicolor dreams, as ’60s influenced sweethearts like “You Keep Me Waiting” showcases a brightly singing, if lyrically frustrated Aalegra and the on-trend, dark and synthy club confection “Like I Used To” offers listeners as illustrations of FEELS spectrum of production colors, textures, and sounds.

Four guesting rappers cement Snoh Aalegra’s connection to hip hop culture despite her studio chanteuse leanings. Logic on the emo Spanish guitar of “Sometimes,” Vic Mensa on the near doo-wop of “You Keep Me Waiting,” Swedish rapper Timbuktu rapping in his native tongue on “Like I Used To,” and Vince Staples on the most cinematic remixes of a cut, the horns and string interplay single “Nothing Burns Like The Cold.” Each delivers Aalegra solid enough verses that don’t distract from her artistry and what will likely guarantee radio play since both Mensa and Staples are in high demand these days with A-list talent and Top 40 DJs alike. That Aalegra was able to secure these names as a now independent artist following a brief stint on a major, speaks to the level of respect her young talents have already garnered. The passionate, emotional ride Aalegra offers us in sharing just the “good parts” of music, the heart and soul and feels of her stories throughout an impressive debut says that respect is well deserved. Highly Recommended.