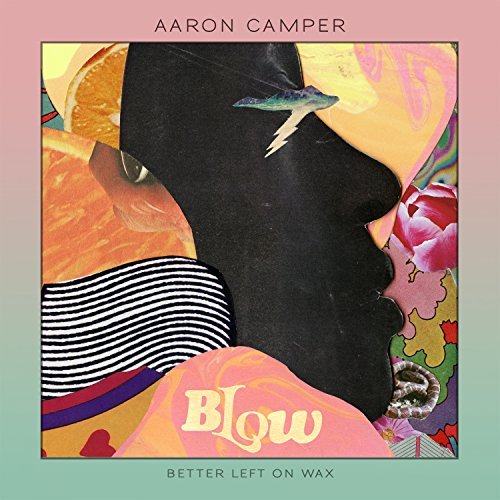 The long-anticipated commercial debut from the Salisbury, Maryland-bred singer/songwriter/multi-instrumentalist Aaron Camper is “solid”…but that’s both its strength and weakness. The Grammy-nominated artist who’s maintained a steady presence on the music scene since the critically-acclaimed 2011 release of his BASSic Black Entertainment mixtape, Welcome To My World, has carefully cultivated an impressive catalog of guest features and dues-paying work as a writer and supporting vocalist with an industry’s who’s who of talent, from Fantasia and Jill Scott to Eric Roberson and Justin Timberlake, over the last several years. The Queen Latifah Show also boasted Camper’s writing and vocals for that talk show’s memorable theme song. So, hopes were high for what a full-length Aaron Camper commercial release would be. Depending on what one was expecting, the resulting album is one that is disappointing in its consistent restraint and heavy nod to what’s safe and on trend with urban pop radio.

That is not to say that Camper’s release isn’t a decent listen. It is. Camper is a reliable vocalist with what has become a rather routine tenor approach to song on radio, one with hints of Camper’s early gospel training but leans more contemporary soul pop in style as he does on cuts like “Castaway,” “You Never Been,” and “Hypnotizing.” But, Camper’s vocals aren’t the weakest link on his project. He’s a capable enough performer with a penchant for singing with himself in impressively stacked harmonies, as he does on the title track. The main culprits on Blow are the close-but-not-cigar urban soundscapes he sings against that aren’t hard-edged enough to bounce in a millennial club, but aren’t particularly catchy or soulful enough to be staple urban adult contemporary radio either. These by-the-numbers productions are somewhere in between, which makes them consistently feel that they’re lacking in something special. They’re never less inspiring as when they’re trying to sound like what every other mainstream R&B male is doing, as with the clichéd “Know You Better” and the only somewhat less offensive “Sunset.” Even the ‘80s synthy funk of “Raphael” doesn’t quite motivate a mad dance floor dash, even though its compositional elements clearly are intended to make you do just that.

There are two moments that stand out near the end of Blow, both of which are collaborations. The first is Camper’s bumping DJ Jazzy Jeff Magnificent Remix of “Choose You” and the second is the sensual “Guilty,” a triple threat ballad lush with intimacy and seductively sung by Camper, Carl Thomas, and 112’s Q. Parker. Both breakaway from traditional song structure, but do so in a way that feels emotionally resonating and has a bit of the bite that so many of the songs on Blow strive for but fail to achieve.

One of the better solo cuts on the project, the single “Guns and Roses,” is one that feels more original and potential-filled. Lyrically, the song is a bit more infectious than most of Camper’s stories and there are some arrangement pushes there that the rest of the project could benefit from. Given Camper’s pedigree and the time it has taken to arrive at Blow, it’s a shame cuts like “Guns and Roses” wasn’t the start of something exciting and momentous rather than merely the best of the least. Mildly Recommended.