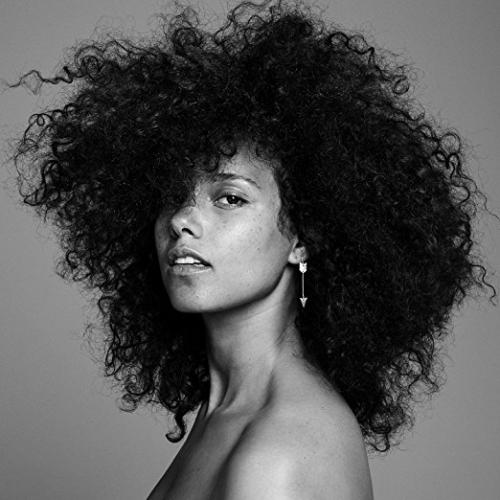 "Segregation, determination, demonstration, intergration, aggravation, humilation, obligation to our nation." The Temptations' hit, "Ball of Confusion," although released in the 70s, aptly describes of the world today. The contentious election cycle aside, issues like police brutality, racial profiling, and foreign/domestic terrorism keep people buzzing about what should happen next, and that's what Alicia Keys brings forth in her uneven, yet ambitious sixth studio release, Here.

"Segregation, determination, demonstration, intergration, aggravation, humilation, obligation to our nation." The Temptations' hit, "Ball of Confusion," although released in the 70s, aptly describes of the world today. The contentious election cycle aside, issues like police brutality, racial profiling, and foreign/domestic terrorism keep people buzzing about what should happen next, and that's what Alicia Keys brings forth in her uneven, yet ambitious sixth studio release, Here.

Months ago, Alicia Keys public decided to free herself from many of the superficial restrains that she believed were wearing on her life and her art. "For awhile, I got caught behind this daily veil of feeling like I had to be perfect," she said in the September edition of Ebony magazine. "I had to be perfect when I spoke to people in interviews.....I had to watch exactly how political I got.....Then suddenly, I felt like I was a mute. .....I had put myself in a box, and that box wasn't healthy. I think now I'm just ready to be free." And that's what listeners will experience throughout Here----- a woman grappling with the state of the world and her place within it.

Let's make it clear from the jump: like her make-up free features these days, Alicia's newest collection of songs (produced by the likes of Keys, Pharrell Williams, Mark Batson and of course, Siwzz Beats, to name a few) is unvarnished. Raw. There are no fluffy "together forever" ballads or danceable party jams.....Mrs. Kaseem Dean is all about getting her revolution on. She equates the worth of freedom to possessions in the fervent uptempo, "Pawn It All" ("Sometimes you gotta let it go, just to make it possible/sometimes you gotta do it, be willing to lose it, freedom has no price you know"), posits herself as a fiery ghetto griot in the anything-but-gentle "Gospel," and definitely wants to raise eyebrows, judging from the profanities strewn throughout and provocative lyrics about violence, poverty and civil unrest ("Trying to play God we've been [expletive] with genetics/all that You have given and we only disrespect it/The rate that we're going, premature armageddon, that's what's gonna happen if we let it").

When Alicia isn't expounding on personal frailties ("Hallelujah") or galvinizing the masses to take action ( the upbeat "More Than We Know"), she's examining relationships, those close to her ("In Common" and "Work On It," which seems to allude to the early controversy surrounding her one-time-mistress status an subsequent marriage to Swizz Beatz), the rawest being "Illusion of Bliss," where her voice cracks with emotion as she rails against the artificial constrains placed on her by society and her profession as an artist. She also seems to be observing from afar, describing an around-the-way girl hardened by life and wrong man in "She Don't Really Care, 1 Luv" and the "Unpretty"-esque self-mantra, "Girl Can't Be Herself": "In the morning from the moment that I wake up, what if I don't wanna put on all that make-up?" she proclaims. "....who are you to criticize if beauty's only in the eyes?"

Some may think it's risky for a multi-platimum-selling, Grammy-award-winning performer to express her thoughts in such graphic fashion, but as her image and words now demonstrate, Alicia Keys has no more 'damns' or 'f's' to give about what the world may think. Some fans may find the album borderline strident and lacking nuance, but that doesn't detract from two facts: one, there are still gems to be heard throughout and two, this wife, mother and humanitarian is finally starting to create and connect on her own terms.....whether you're Here for it or not. Recommended

[Editor’s note: "In Common" and "Hallelujah" appear only on the deluxe version of Here]