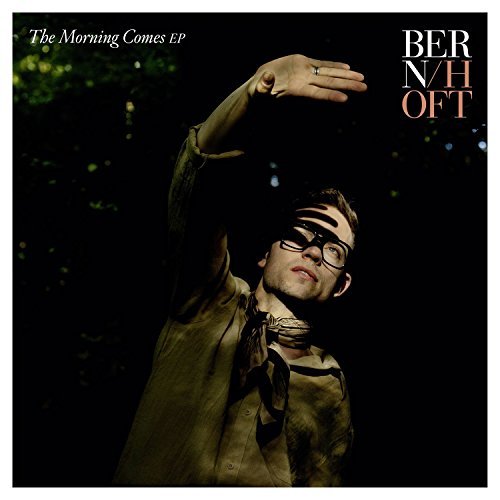 You would be forgiven for mistaking the latest by Jarle Bernhoft (aka Bern/Hoft) as a latter-career Mayer Hawthorne project in sound and early Allen Stone in content. The Morning Comes, the socially conscious statement EP from the R&B Grammy-nominated Norwegian is his most contemporary and pop coated to-date. It’s an unexpected direction from the former One Man Band of Scandinavian soul. On a project that sonically opens with an ebullient, Bruno Mars brightness, the project takes a dark midway turn, becoming something moody and trendy. Its lyrical content reveals a man grappling with issues of equality, identity, and privilege. All of it is very ambitious on some measure for a five-song EP and could have had a major impact given the major talent behind it. Yet, throughout, there isn’t any anchoring songs grounding this EP nor anything that one remembers much of after its end.

The opening new jack swing, lite funk of the title track might be the most engaging and commercial of the project. As a relationship cut, it’s also the lightest of the fare here in content and themes. There is pep and frivolity to the sonic landscape here crafted by producers Eivind Helgerød and Nicolay Tangen-Svennaes; Bernhoft even channels his inner Prince through a ringing falsetto across the bridge. The single, “We Have A Dream,” follows up “The Morning Comes” with choral ohhs and ahhs and triumphant horns, but despite the optimistic coloring of the music’s production, the lyrics are more cynical ("we have a dream/where all the dreams are drawn in the past tense"), more interrogating ("what do I look like/does it matter what I look like?"), and heavier with social considerations ("the kumbayas are all getting shot to pieces/ and I ain’t never had to overcome"). Whether light or dark in tone, as a whole The Morning Comes is more observational than one offering any encouraging solutions.

Lyrically, Bernhoft appears to be aiming for a message of individuality and colorblindness on one hand (“Visceral” and “We Have A Dream”), but on the other recognizing that with state authorities there is privilege in his alabaster skin and that much of what is defined as “whiteness” is also defined by fear (“You Belong”). In interviews about The Morning Comes, Bernhoft has been clear to say that he is still trying to figure it all out, which explains a project whose messaging sometimes feels at war with itself in its declarations, providing a complicated portrait of a man struggling with our present-day social and identity issues and his own. Which is all well and good, but can the compositions be as intriguing as the social complexities being tackled?

For an artist known for innovative arrangements and fresh approaches to pop and soul, from the anthemic sounds of “We Have A Dream”and the Mars tinged “The Morning Comes” to the sterile electrosoul emo of “Visceral,” “Little Ghost,” and “You Belong,” Bernhoft and his producers feel as though their following trends rather than setting them. The only thing missing was a bit of trap soul. Solidly sung and competently produced with a blend of organic and electronic instrumentation, the work never quite takes flight, perhaps more weighed down by what it had to say rather than how it was going to go about saying it. Mildly Recommended.