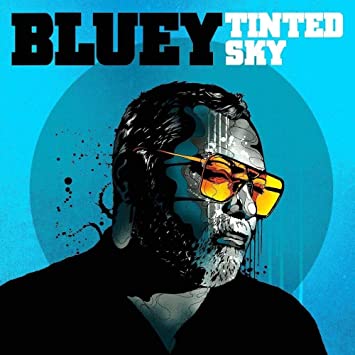 British soul collective Incognito was at the forefront of the acid-jazz movement during the 1980s and early ‘90s. Originally focused on instrumental grooves fusing soul, jazz, and disco, the offshoot of Light of the World found long-deserved commercial success throughout the ‘90s with vocally charged numbers featuring the likes of Jocelyn Brown, Maysa, and Carleen Anderson—to name a few.

British soul collective Incognito was at the forefront of the acid-jazz movement during the 1980s and early ‘90s. Originally focused on instrumental grooves fusing soul, jazz, and disco, the offshoot of Light of the World found long-deserved commercial success throughout the ‘90s with vocally charged numbers featuring the likes of Jocelyn Brown, Maysa, and Carleen Anderson—to name a few.

Group founder Jean-Paul “Bluey” Maunick has served as its chief producer, songwriter, and guitarist for the past four decades; and though he is Incognito’s official lead singer, many fans will acquire a more in-depth picture of his vocal approach via his fourth solo CD, Tinted Sky. Foregoing a conscious effort to duplicate the familiar elements of Incognito’s biggest hits, Bluey and longtime collaborator Richard Bull shift the focus to simplicity on the material herein. Sprinkling in tunes centered on his mellow guitar style, Bluey achieves a satisfying balance of chilled grooves and amenable melodies.

Tinted Sky aims more to establish a consistent vibe than to tread musical edges. That said, one of the set’s highlights lies in the smoothly eclectic “From the Break of Dawn.” Set to a shuffling, subtle hip-hop beat, the nuanced keys and guitar lines meld in a sophisticated fashion with Bluey’s soulfully jazzy phrasing and poetic passages. In tandem with some of Incognito’s recent work, the cruising head-nodder “Nobody Knows” stands out as an understated reflection of his driving musical and lyrical impetus. The words examine a relationship in the scope of changing times in the world with an open mind, and the arrangement gives those thoughts ample breathing room with alternating moments of building rhythm and a low-key melodic mood.

The title track shows another side of Bluey’s compositional and interpretational capabilities, integrating cool funk and rock elements into an uptempo joint rich in harmonic layers and pensive lines. Its surprise cold ending solidifies the sentiments of dashed romantic dreams and a longing for yesterday, which he delivers with fitting melancholy.

“You Are the One,” Tinted Sky’s opening cut, is, surprisingly, its only forgettable moment. The feel is pleasant enough, but the selection comes out as a slightly altered spin on any number of contemporary smooth-jazz/light R&B tunes. The subsequent midtempo number, “Don’t Ask Me Why,” is buoyed by clever lyrics and a stylish vocal delivery, and there really aren’t any other weak spots interfering with the flow. Some arrangements are more refreshing than others, but Bluey’s knack for pairing well-chosen vocal dynamics with each arrangement prevent any further lapses into formulaic territory.

A painfully frank piece of Tinted Sky is “Unaware,” on which Bluey speaks the blunt truth about senseless violence and knife crimes that have been on the rise in his home base of London of late. Although the recited and sung number might seem like a separate entity from the rest of the album, it is, in fact, a vital interlude which portrays a strikingly dark shade of the figurative sky explored in full on the album. Recommended.