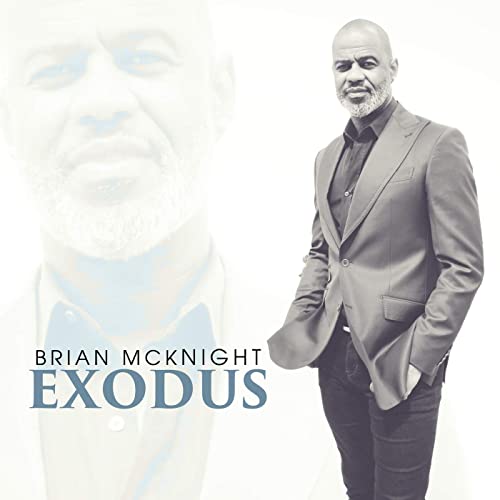 On Brian McKnight’s sixteenth full-length studio album, Exodus, the venerable singer-songwriter demonstrates his continued ability to churn out quality melodies and atmospheric arrangements delivered with the kind of vocal resonance that elevated him to top-tier status in the 1990s and 2000s. The 13 tracks on the set vary in overall effectiveness, with some tunes particularly memorable and others feeling somewhat mechanical.

On Brian McKnight’s sixteenth full-length studio album, Exodus, the venerable singer-songwriter demonstrates his continued ability to churn out quality melodies and atmospheric arrangements delivered with the kind of vocal resonance that elevated him to top-tier status in the 1990s and 2000s. The 13 tracks on the set vary in overall effectiveness, with some tunes particularly memorable and others feeling somewhat mechanical.

Despite his vocal and musical chops being in place, McKnight misses the opportunity to rekindle the flame with longtime fans, in many cases, by once again lowering his lyrical standards. The random sexual phrasing and considerably unsexy delivery of his sensual themes take away from the mood on entries such as “Good Ol’ Fashion Love,” on which he conveys: “A beautiful sunset, real not CGI/Moonlit sonata, Beethoven, candlelight…and I’ll do anything I want do, like maybe put a baby in you.” Or the midtempo “Hula Girl,” which finds him musing, “Most beautiful face, perfect body/And just for me, deliciously naughty/And yet so full of innocence/And now you belong to me.”

Since his 2012 release of the explicit “If You’re Ready to Learn” to a largely uncomplimentary response, McKnight has seemed intent on distancing himself from the simply romantic and emotive kind of odes that established him: “One Last Cry,” “The Way Love Goes,” “Anytime,” Still in Love,” “Back at One”…the list goes on. Though he hasn’t resorted to language as graphic, the approach that has permeated a fair amount of his recent fare has been more of a gratuitous nature than of the illustrious brand which he employed on earlier singles.

Fortunately, however, that’s not the full picture. The endearing “Stay on Your Mind” is a standout slow jam on which McKnight shines with a melody and passages that harken back to his peak commercial period, while sounding still relevant for today’s sonic landscape. Also, the aptly titled “Sexy” is more compelling than several of the aforementioned numbers, with its descriptive and straightforward stance still managing to leave something to the imagination. His vocal here has an understated conviction.

Still, there are a handful of cuts which simply lie in the middle. “Neva Get Enuf” is musically palatable enough, but neither the lyrics nor performance suggest the caliber of his talent. Similarly, the opening “Unbelievable” has a cool groove and well-executed vocal, yet fails to present anything musically distinctive. Additionally, on this track and close to a half dozen others, McKnight’s inclination to fill up space with guttural utterances (“uh,” “yeah,” et al.) is tiringly conspicuous.

Nonetheless, McKnight is in his element on ballads like the piano-driven, reflective “Nobody” and “Can’t Say Goodbye.” There’s no trace of pretense in the phrasing, meaningful words, and unaffected melodies. These selections stand firm among some of his best recordings and are likely to leave lasting impressions on a broad range of listeners. They’re not bound by the stylistic limitations of certain others.

Exodus, by and large, hardly comes close to living up to its title in substance and style. With a few notable exceptions, a large portion of the content goes through the motions—along with McKnight, whose abilities are such that some sub-par moments come across as at least passable. Hopefully, devotees will take the time to dig deep enough to unearth the scattering of special points where he puts that extra care into the compositions and comes up with fittingly convincing performances. Moderately recommended.