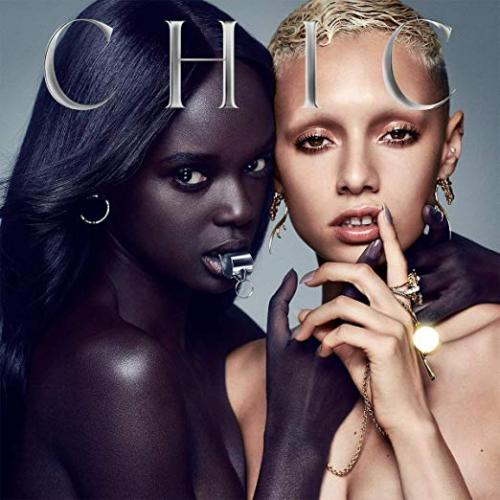 CHIC - It's About Time

CHIC - It's About Time

The wait for a new album has been agonizing. After years and years of here-and-there press releases and industry teases, while also factoring Nile Rodgers’ health scares, the funk/R&B band Chic is officially ending its twenty-six year hiatus (Their last studio album was 1992’s Chic-ism). And taking a cue from the band’s latest album title, it’s about time. Of course waiting for the appropriate time is always crucial to an album’s release. But after a glorious renaissance in Nile Rodgers’ career, after picking up gigs with EDM virtuosos like Disclosure and the late Avicii, landing several spots on the Grammy-winning Daft Punk’s Random Access Memories (“Get Lucky,” “Lose Yourself to Dance”), winning collaborations with Sam Smith, Duran Duran, Janelle Monáe and Adam Lambert while getting a nod from the Rock & Roll Hall of Fame with a honorary Music Excellence induction last year, the timing of such an album drop seems just right.

So the big question: Does It’s About Time live up to expectations? Well, to be frank, it depends on whom you ask. For the stubborn disco cognoscente, the arrival of newly sophisticated production values and the addendum of crystallized pop vocals feel out of pocket when placed neatly against the New York funk and Studio 54 gravitas of their heyday. There’s live drumming here, but it doesn’t match the Tony Thompson pedigree. And Nile’s irresistible riffs are all over the canvas, but the void of symphony-strutting strings, replaced with glossy modern EDM traits reminding us of the ProTools environment we’re now inhabiting, stings a little. The album cover bearing the faces of Duckie Thot and Jazzelle Zanaughtti is a stellar homage to the memorable photography featuring Valentine Monnier and Alva Chinn on their debut 1977 LP, but inside the lyrics tell an entirely different story of Chic, one that’s dismissive of their bourgeois stratagem, that once-revered cocky appetite cloaked with French phrases and vintage lingo (“yowsah yowsah, C-est chic,” “but it don't mean a thing if it ain't got that swing/Bop-shoo-wa”).

If you’ve kept up with Nile Rodgers, you’re familiar with how he’s never been to a slave of the past. After Chic first went on hiatus back in 1983 after disco imploded on the buying public, Rodgers got to work reinventing David Bowie, steered Duran Duran into “Notorious,” dipped deeper into dance-rock with The Power Station and embraced the drum-programming, computer-generated ‘80’s pop on Madonna for Like a Virgin. His heart seemed to only beat toward the future and syncing with the pulse of the modern-day dance floor. While many of his contemporaries have long faded, Nile Rodgers remains both a threat and an influencer. And he makes sure his devout listeners are hip to every move he makes; this one included. Yes, there are elements of the past aboard It’s About Time, but this isn’t quite a rehash of heyday Chic.

Still, inside this highly-anticipated ten-track offering, there’s some good material from which to pick. “Til the World Falls,” a song co-penned with Anderson.Paak, opens with Nile’s signature guitar struts and is blissful draped with airborne vocals from Mura Masa on a honey-smacked chorus. Hailee Steinfeld jumps aboard “Dance With Me,” a funky singalong jam stoked with roof-raising rhymes. “Boogie All Night” walks in the shadows of the aforementioned tracks; although Nao’s pre-teen nasally pipes feel a bit out of their league.

Despite the first half sounding like one non-stop EDM party, Rodgers manages to take a few creative risks along the way. Early on, the Craig David-guested “Sober” plays with New Jack Swing-light, even if it feels like aged leftovers of Bruno Mars’s “Finesse.” And “Do You Wanna Party” finds LunchMoney Lewis acting as hype man, but the grooves hardly take off, sounding like a rubbery copy of DNCE’s “Cake By the Ocean.” The finer of Chic’s experiments can be heard on the quasi-instrumental gem “State of Mind (It’s About Time).” It offers something a little more mellow in the vein of adult soul by playing up Phillippe Saisse’s gorgeous smooth jazz piano and the occasional guitar solo. Rodgers — with his attentive ear on today’s dance trends — decides to pile on futuristic layers using a Daft Punk-inspired vocoder. It’s sneakily clever, but not necessarily needed. Still, it’s a joy to hear and almost reminiscent of the lustrous quasi-instrumentals that appeared on Chic’s late-‘70’s albums (songs like “A Warm Summer Night” and “Savoir Faire”).

It’s not quite clear why the Martinez Brothers-helmed 2015 non-album single “I’ll Be There” or its delicious B-side “Back In the Old School” didn’t get clearance here. Both were extraordinarily impressive and blessed with enough contagious funky riffs to blaze almost any dance floor. Instead Rodgers gets distracted with star power by dropping Elton John and Emeli Sandé on something lightweight Prince-esque (“Queen”). A paler mix of “I Want Your Love” showcasing Lady Gaga also appears. It’s good, not enough to wash away the original. That space could’ve easily been home for “I’ll Be There,” especially considering that the latter was originally released back in 2016 for a Tom Ford fashion campaign. But it’s been rumored that another full-length set is well on the way and that It’s About Time is just the first of two albums making up the “new Chic experience.” We just have to wait and see what the future holds for us, possibly something fuller and complete. Just give it time. Modestly recommended.