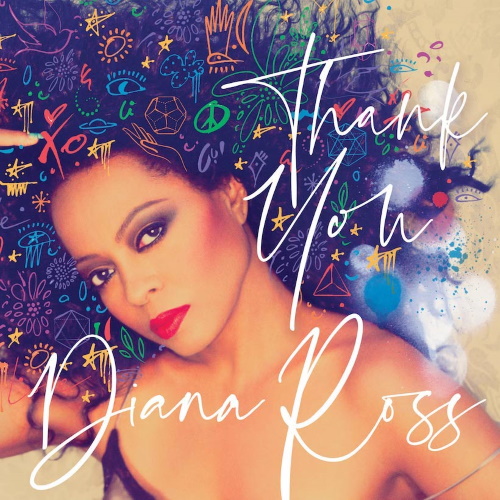 Shortly after Diana Ross left the Supremes in 1970, her inaugural solo single, “Reach out and Touch (Somebody’s Hand),” began a string of hit records that would carry her to worldwide commercial success for three decades. Since the turn of the millennium, however, she’s released very little new music—save for a covers album in 2006 and a stand-alone single here and there. One wonders, had the world not been struck with the COVID-19 pandemic, if she would have even released any more music.

Shortly after Diana Ross left the Supremes in 1970, her inaugural solo single, “Reach out and Touch (Somebody’s Hand),” began a string of hit records that would carry her to worldwide commercial success for three decades. Since the turn of the millennium, however, she’s released very little new music—save for a covers album in 2006 and a stand-alone single here and there. One wonders, had the world not been struck with the COVID-19 pandemic, if she would have even released any more music.

Touring has been Ross’ constant for the last 15-plus years, and it was only last year that she took to recording an album’s worth of new material in her home studio. The result is Thank You, a 13-song collection that sees her more integrally involved in writing than before, but also sometimes settling for tepid song structure and arrangements that don’t quite match the caliber of her last few original albums from the 1990s. (Strangely enough, the cover photo is a heavily altered image from that time period.)

Ross doesn’t concern herself too much with bowing to contemporary trends, although the opening title cut of Thank You does bear notably Bruno Mars-esque melodies mixed with an arrangement and chord progression largely lifted from Marvin Gaye and Tammi Terrell’s “You’re All I Need to Get By” (penned by two of Ross’ most prolific composers, Nick Ashford and Valerie Simpson). The message of their “Reach Out and Touch”—perhaps her most constant in-concert staple—forms the lyrical foundation for a majority of the tunes here.

“The Answer’s Always Love,” a modern-day take on “Reach Out,” has a sweet melody and thoughtfully optimistic lyrical passages, and Ross offers a vulnerable performance which is among the strongest on Thank You. Though her range has shifted somewhat since her last album, her delivery comes across as comfortable and assured. The approach is more affected, however, on daughter Rhonda’s composition, “Count on Me.” Producer Troy Miller furnishes the tune with one of the set’s more authentically sound arrangements (featuring the London Symphony Orchestra), but there’s not much distinctive about the melodies or words.

While ballads comprise much of Thank You, there are a handful of groove-laden tracks which add some variety to the proceedings. “In Your Heart” is filled with lyrical clichés, but Triangle Park’s production is at once retro-minded and just edgy enough to prevent it from sounding too sappy—even if one of its lines is “reach out and just touch somebody.” That’s not quite the case for “All Is Well,” which works well as a lullaby, but otherwise seems like an outdated musical Hallmark card. The Royal Philharmonic Orchestra adds a nice touch to the number, yet the quasi-Motown rhythm arrangement just doesn’t cut it.

Thank You’s second single, “If the World Just Danced,” is one of several dance-oriented selections. Atop a homogenous arrangement, Ross delivers the innocuously catchy chorus alongside familiar phrases such as “Go on and take somebody by the hand,” “It will be alright if you just love,” and “Let the rhythm just catch ya’.” “Let’s Do It” is somehow more engaging in its low-rent charm, with Ross, Fred White, Neff-U, and Triangle Park all pitching in on the production. Passages like “Wave your hand and just say ‘hi’” and “You’ve heard it takes a village, it’s quite essential” are a bit obvious, but the mention of “a nurse, a teacher, community leader” at least attempt to make the sentiments more relatable in this impersonal day and age. Yet it’s hard to envision the crowd in a club throwing down to the track without substantial beefing up of the rhythmic components.

Ross shifts from sweeping societal hopes to other contexts of love on a few occasions other than the aforementioned “Count on Me.” “Beautiful Love” is an ode to the fulfillment of motherhood, while “Just in Case”—one of the set’s more jazz-tinged moments—is an affirmation of commitment to a loved one. It’s a little schmaltzy, but Keyon Harrold’s trumpet solo and the orchestration provide a soothing counterpoint to the somewhat off-balance piano fills. Meanwhile, “I Still Believe,” an anthem to living for love which musically brings to mind Randy Crawford’s “Almaz,” incorporates subtle Latin influences and bears one of the most memorable melodies on Thank You.

A close second to “I Still Believe” in overall melodic and rhythmic appeal is the Triangle Park-produced “Tomorrow,” which assimilates fun percussion elements and a lyrical means that will likely be slightly more resounding with younger listeners than many of the other cuts.

On first listen, Thank You feels a bit drawn-out with many moments of repetitive verbiage set to inconspicuous melodies. Several tracks, however, begin to stand out more when given a fair chance. Vocally, Ross has aged gracefully. Consequently, she comes across effectively on the stronger cuts while floundering somewhat on the weaker ones. Moderately recommended.