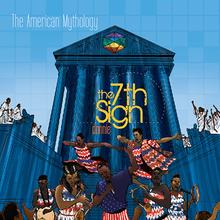 Click on CD cover
to listen or purchase
http://www.iamdonnie.com/

Atlanta-based, Kentucky reared Donnie Johnson is one of the distinct musical geniuses to come out of the early 2000s, following a string of new creative musician spiritualists whose ambitious work was something more than just notes and chords. Their music is life. And, like D’Angelo and Lauryn Hill before him, Johnson seemed to buckle under the crushing weight of public expectation that, as DJ media personality Jay Smooth once opined about Hill, “wanted to shake the artist like a vending machine” to make new music come out on-demand to feed a hunger for more music.

Atlanta-based, Kentucky reared Donnie Johnson is one of the distinct musical geniuses to come out of the early 2000s, following a string of new creative musician spiritualists whose ambitious work was something more than just notes and chords. Their music is life. And, like D’Angelo and Lauryn Hill before him, Johnson seemed to buckle under the crushing weight of public expectation that, as DJ media personality Jay Smooth once opined about Hill, “wanted to shake the artist like a vending machine” to make new music come out on-demand to feed a hunger for more music.

Under the moniker of just his first name, Donnie’s 2002 debut, The Colored Section, appeared at a time when Bilal, Musiq, Jill Scott, and Erykah Badu were also devastating the nation with musical truths that have proven just as timeless as Donnie’s debut. Donnie’s classic restored a hope in the return of quality soul and a belief that talent akin to the greats of old was still waiting to be just around the corner. It’s the kind of special that can cripple or inspire an artist facing a follow-up, and it seemed to do the latter in Johnson’s case. Thirteen years later, with only one other album released since such zenith beginnings, Donnie releases The American Mythology: The 7th Sign. The EP is of an expectant “Broadway musical” whose content is every bit as dizzyingly talented and sonically frustrating as everything Johnson has produced since The Colored Section.

The response and issues surrounding the 2007 follow-up to The Colored Section, The Daily News, harkened Donnie’s fall from grace that was just as quick as his critical darling status just a few years earlier. Even with the radio-ready single “If I Were You” on deck, the project received a less than warm reception by both radio and the public. The project was still praised by some critics for its ambitious tackling of fairly unsavory themes, from modern-day racism to the Atlanta Child Murders. The almost exclusively political and socially conscious material was ahead of its time in many regards and a sharper departure from the more love, relationships, and softer social justice rebukes found in The Colored Section. Only the more ambiguous "If I Were You” was really being seen as both radio and video worthy at the time, despite there being several up-tempo cuts on The Daily News that could have been credibly remixed for the club circuit, as had happened for The Colored Section. In truth, during this period, Donnie was getting more press for reportedly coming out as gay (a term he rejected for the more spiritually based “enchanted”) than he did for the album itself, a fact that frustrated Donnie.

The promotion of The Daily News wasn’t helped by insider reports from promoters and bookers that Johnson then wasn’t considered a reliable booking for reasons typical of one who likes to more than partake in his share of smoke; and word that The Daily News recording sessions with producer Steve “Scotsman” Harvey were unduly impacted by this habit only further hurt the project’s sonic quality (which was often engineered and produced in ways that were too muddied to hear lyrics that could have possibly made it another seminal work). Time has corroborated these sentiments by the enduring response to the rarely mentioned The Daily News, one far more tepid in comparison to the glowing one still greeting The Colored Section to this day, and Donnie’s lack of consistent touring over the last decade.

The experience of not having Motown properly promote The Colored Section as the classic it was, followed by The Daily News debacle, seemed to take its toll on the artist, who largely disappeared from public view in the years since. Donnie’s website for The American Mythology alludes to some fairly dark times in the wake of The Colored Section: “Writing socially conscious music can take a toll on the artist; such artists are often tormented and need help. Albums like ‘The Colored Section” and ‘The Daily News” were inspiring to the public, but took a toll on the singer/ songwriter (Donnie) who created them. He called on the few real friends he had (and a host of imaginary ones) to assist him in innovating a project that would be his therapy and therapy for the nation of people he loves so dearly.” – www.iamdonnie.com

After roughly five years of announcements, false starts, and a failed crowdsource funding attempt, Donnie has finally returned with a much promised project as conceptually musical as The Colored Section and as political and socially aware as The Daily News. Melodically catchy and harmonically exhilarating in ways that recall both church and the big-voiced protest music of the Broadway stage, the material also again too often hides two of its best assets: Donnie’s voice and its timely lyrics. Produced in ways that remind one of D’Angelo in that everything else is forsaken for the music, feel, and groove, Donnie’s material will again enliven listeners ears, even as it will cause them strain to make out all the golden nuggets of knowledge that are being so beautifully sung.

Some songs are more easily decipherable than others, with wordplay that comes close to sung hip hop, like Hamilton on Broadway, but far more musical than that genre has been in recent years, with few exceptions. “Playground” and “Broadway” are more easily understood when listened to with headphones, and metaphorically tackles false personas, systemic lies, both individual and institutional propaganda, and the willingness to allow celebrities to get away with anything they’d like because of how the public covets wealth, power, and fame – rich, heady themes. The attack on conspicuous consumption, “All This Stuff,” reminds us of what Frank Capra tried to remind us generations before: “You Can’t Take It With You.” Or, as Donnie sagely states: “all this stuff will pass away.” Owing a debt to jazz soul like Donny Hathaway’s “The Ghetto” and Boz Scaggs’ “The Lowdown,” “Rainbow Apostolic” harkens a glorious sound as it lyrically takes down church conservatism, hypocrisy, and its lack of embrace of all God’s children, reminding listeners of the church’s higher calling to love those who “need to be loved.”

The song “American Freak” may actually have the most to say. Unfortunately, the production choice to double all leads, accented by thick harmonies and rapid-fire call and responses in the arrangement, tends to obscure more than it reveals in its lyrical messaging. Nonetheless, musically the junkyard funk of it is part Godspell, part The Wiz, and chunk of Parliament, offering a groovetastic express train of musical ideas and visceral thrills.

Speaking truth to power, “Protestor” is a constantly moving, compositional tour de force fueled with electricity and larger-than-life vocal power, but you’d be hard pressed to recite more than a handful of righteous verses from a lyric that is clearly about miseducation, abuse of power, and the #BlackLivesMatter protest movement…or at least one thinks it is…maybe. The good news is that on this single, however layered, one still gets to hear Donnie’s vibrant instrument on the lead in ways that still draws goosebumps some 13 years since its debut. To really get a sense of what’s being said in the song and what is possible when Donnie’s voice(s) are well mixed, checkout the deliriously good Daz-I-Kue Vocal Mix of “Protestor” and compare it to the original for clarity and polish.

Like the similarly impactful “Protestor,” the tribal beat of the heavily percussive “America” is already prepped for the stage and has an forceful choral arrangement that is punchy and feels as distinctly African and West Indian as it does American, but its engineering buries its message except for snippets about “cursing you out [America]” and vague questions like “do you wanna go higher?”

Collectively, these latter three songs represent missed opportunities made all the more depressing because all three are so creatively and skillfully arranged, astonishingly sung with all the verve and passion of a newly liberated people, and bear all the Diasporic energy and promise of the best of American protest music. Yet, the mix works to undo what is perhaps some of Donnie’s finest work…again.

Once again, Donnie has managed to create one of the most musically inspiring, exasperatingly engineered albums of the year. One can only hope that by the time a full album for The American Mythology: The 7th Sign is released or delivered from behind the footlights, that both Donnie’s masterful creative technique and the technical renderings of that mastery can finally be as one…again. Recommended.