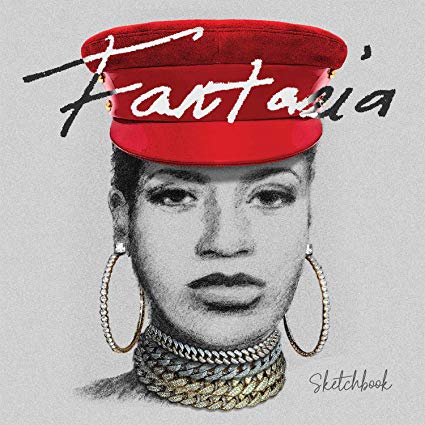 Fantasia eschews boxes. She can nail jazz, blues, and swing as capably as she can a hip hop, gospel, or dance. As she evolves and has mastered building a song with restraint to satisfying explosive ends as indicated by her devastatingly brilliant Christmas at Midnight project, a sold-out residency with the Pops Orchestra at the Kennedy Center, and her now two star-turns on Broadway, she delivers a strong middle finger to those who would dismiss her megawatt talent to one who merely hollers and gospel squalls her way through an R&B song. Fantasia tackled those ideas head on her Xmas tour in support of Christmas at Midnight, solidly delivering both the hits and hollers fans want and the tasteful elegance of a torch song without sacrificing her instrument that she’ll need to have longevity in both vocal ability and touring career. So, to be an ardent Fanny fan is to understand that whatever you’re hoping for or expecting, the work she’s going to perform is likely going to be different than that.

However, to be a soul fan of the old school, a tradition Fantasia deliberately pulls from, and to be a fan of Fantasia is also to be in a constant state of pendulum swings of wild euphoria over her delivery of instant classics (“Bittersweet,” “Lose to Win,” “Free Yourself,” “I’m Here”) and frustrating too on-trend pop or street music that says little and is musically immature (“PTSD,” “Hood Boy,” “In Deep,” “Without Me”). With two notable exceptions, the albums themselves are compositional oases of brilliance followed by literal valleys of album fillers of mediocrity and close-but-no-cigar swing and misses by some of the industry’s biggest names, tracks saved only by the singular instrument Fantasia possesses. Still, their lack of memorability as whole projects tells the tale. Fantasia lives and dies by her singles. Luckily, there have been enough worthy hits over the last 15 years among the American Idol winner’s seven albums to make every concert a winning experience. And, to see Fantasia live, to steal a line from The Color Purple, is “to see the face of God.” Accordingly, one cannot wait to hear the magnificence that is the latest single, “Enough,” live on her current Sketchbook tour. Sadly, that cannot be said for much else on an album that continues Fantasia’s streak of uneven, yet deeply personal albums.

Hailing from the more modest parts of North Carolina’s street and church culture, Fantasia’s work has always reflected the dichotomy of those roots, going from emotional and vulnerable to rough and tumble between tracks. Fantasia is also still a relatively young woman of just 35 years old and so the desire to be timely with the hip hop, trap, and pop amalgamations that are all the rage on the pop and urban charts are to be expected, despite Fantasia’s primary fanbase being notably older than her. Accordingly, Sketchbook is a typical Fantasia album, which is to say it’s schizophrenic, youth market-centric, and littered with filler unworthy of her talents.

As per usual, there are songs that ensure all is not lost to the exasperating middle. “Enough,” as previously mentioned, is a tour de force on par with classics like “Bittersweet” and “Lose to Win” and is the perfect selling point for the project as a whole. The near acoustic “Bad Girl” is another moment of timeless vocals and a straight from the heart lyricism that will devastate on the stage. “Looking for You (feat. Mama Diane)” is the rambling rose duet between Fantasia and her exceptionally talented mother is suitably downhome and spare with healthy dollops of blues and church. Then there’s a warm sliver of an acoustic song, “The Way!” whose startling smooth jazz feels ends just as it is beginning to gain traction but whose sincerity will have you hitting repeat. Fantasia vocally stretches herself by placing a song almost entirely in her upper range with the pop anthem “Fighting” (whose melody-line could’ve been written for Emeli Sandé) and will have international appeal if properly pushed. Still, Fantasia hardcore soul fans may hear the stripped clean pop production and ask where’s their Fanny?

Then there are the rest of the joints. The hip hop opening, “History” is a needlessly crude bit of braggadocio defiance against a phantom audience who supposedly is invested in seeing Fantasia fail, despite her having been on an upswing for several years now. The head-scratching trap soul “Holy Ghost” wouldn’t be out of place as the follow-up for “Twerking for Jesus” that was the satirical YouTube sensation this summer. The vaguely Caribbean-tinged electronic pop of “Take Off” wouldn’t be out of place as the tropical white noise of a Carnival cruise. The message worthy “Free” is an attempt at hip hop that feels dated in both flow and atmospherics. The less said about the anemic soul-rock anthem “Warning” (really, the title tells you the deal) and the trying to be clever yet isn’t “PTSD” the better. While “Believer” continues an unyielding record of middling fare with potential but without actualization in its production execution.

Overall, the collection couldn’t have been more different from the maturity demonstrated on Christmas at Midnight or even Side Effects of You, a project recorded at least two albums before Midnight. The similarly frustrating The Definition Of…suggests for every embraceable album is one that follows to bewilder and annoy. Interestingly enough, Fantasia’s debut album, Free Yourself, is still her second best and most consistent from start to finish. Somewhere there is another whole album of memorable songs and powerhouse performances that will make Fantasia the legend she professes to be on “History.” Unfortunately, Sketchbook isn’t it. Modestly Recommended.