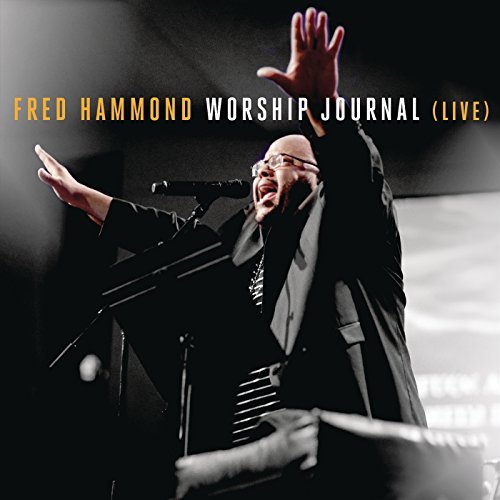 A few weeks ago, I pleasantly stumbled on a local radio station’s brief but very special tribute towards two 80’s and 90’s gospel giants, The Winans and Commissioned.  Those groups blazed a gospel trail with their R&B and funk flavored praise, following the already groundbreaking ministries of Andrae Crouch and The Hawkins from the previous decade. Thanks to a 2002 reunion CD & DVD, Commissioned’s strong contemporary gospel imprint was greeted with crossover success in Billboard’s Top 10 in the contemporary Christian and urban market.   In retrospect, it came as absolutely no surprise that the contributions from Commissioned alumni Fred Hammond (who also played bass guitar with The Winans) would rub off on his own ministry, successfully extending this rhythm and praise vibe into today’s gospel culture.  And his track record since he first stepped into the gospel arena as a teenager remains an enduring testimony in the music industry, period.

After leaving Commissioned in 1994, Hammond secured a solo career and formed Radical for Christ, where his achievements in enhancing the body of Christ grew in epic proportions garnering Stellar, Dove and Grammy Awards.  From songwriting (“Let the Praise Begin,” “Somethin’ Bout Love”), to production and arranging, especially on the standard hymns, “This is the Day” and “When the Spirit of the Lord,” Hammond manages to stir pieces of Commissioned’s vibe while staying attuned with the current urban music culture.  In this current generation, through his rich urban peppered praise, this Detroit native inspired fellow gospel messengers like Brian Courtney Wilson, Kim Burrell and Israel Houghton to usher in the Spirit of the Lord with pure excellence.  Now on his 13th solo release and his first live recording since Pages of Live II with R.F.C., Worship Journal introduces some fresh hymns for the church body delivered with Hammond’s definitive expressive touch.

Recorded in front of a sold-out audience at Fountain of Praise in Houston, Texas, Hammond and his backing choir immediately establish a wonderful bond, backed by a winning band led by longtime musical partners, Calvin Rodgers and Phillip Feaster.  Overall, there is a respectable mix of tempos and moods that make Worship Journal a must listen. “Always Praise” sets a fervent tone with hand clapping, drum pounding anthem capped by rock guitar edges. The first single, “Father Jesus Spirit,” drops a disco-tinged sing-along that offers one of Hammond’s several emphatic stamps of urban praise, fluid melodies and snappy turntable scratching.  Giving props to some R&B/soul heroes who have recently passed in Prince and Maurice White from Earth, Wind and Fire, “John 3:16” feeds off a contagious vocal hook and mid-tempo funky brass.  Psalms 34:8 is the backdrop for “The Lord is Good,” filled with smooth rhythms, touches of jazz from the horns and a delicious instrumental jam for the closing.

While Worship Journal nearly scores on all levels, there are mixed results with previously written material. One of the few sour notes results in a lackluster rendition of Vineyard Worship’s, “More Love, More Power.”  However, there is musical redemption surrounding the simplicity of “Call on the Name of The Lord” by Integrity Music’s Jared Anderson, radiating a pleasing country feel in the three-part harmonies.

On the gentler, yet still effective worship side of Worship Journal, the well-paced ballad, “God is Our Refuge” meshes elements of rock and Hammond’s super soulful exhortations of “Can’t depend on my own might,” ushering about two minutes of a joyful congregational response. Though “Take Care of You” drowns in a few monotonous refrains, the unique hip-hop edgings and sampled loops of the R&B classic, “Ooh La La La,” saves the track, capped off with brief congregational participation over a sizzling high-hat and electric piano vamp.  The immaculate orchestrations and storytelling of “One Touch,” eloquently recounts the account in Luke 8 of the woman touching the hem of His garment.

Despite the small bumps on Worship Journal, Hammond and the supporting cast remain fully connected to their fellow worshippers at Fountain of Praise.  As he continues to carry the urban gospel torch passed on by The Winans and Commissioned and those before them, Hammond unquestionably remains a strong and influential force in today’s praise and worship world.   Strongly Recommended.