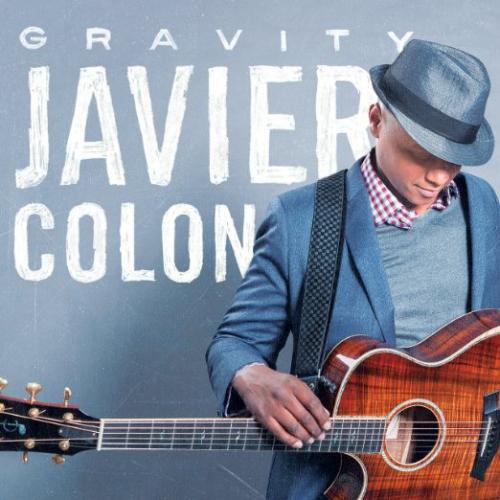 Click on CD cover
to listen or purchase
http://www.amazon.com/gp/product/B01BSVF4H8/ref=as_li_qf_sp_asin_il_tl?ie=UTF8&camp=1789&creative=9325&creativeASIN=B01BSVF4H8&linkCode=as2&tag=soultracks-20&linkId=KXTGDSCQ6RJZE7CB

In the 4th Century AD, Augustine of Hippo helped define the controversial concept of "Limbo," a place just outside of Heaven where the unbaptized were relegated despite having no personal blame. That description of Limbo could apply to the career of Javier Colon, an extremely talented singer and songwriter who has spent the last dozen years poised for stardom, possessing all the goods for big time success, but yet unfairly remaining on the fringe.

In the 4th Century AD, Augustine of Hippo helped define the controversial concept of "Limbo," a place just outside of Heaven where the unbaptized were relegated despite having no personal blame. That description of Limbo could apply to the career of Javier Colon, an extremely talented singer and songwriter who has spent the last dozen years poised for stardom, possessing all the goods for big time success, but yet unfairly remaining on the fringe.

It was 2004 when we were introduced to the camera ready, multi-cultural kid from Hartford, armed with a powerful, expressive first tenor voice and a made-for-radio hit, "Crazy." The accompanying LP was the first album review we ever ran on SoulTracks, and we predicted great things for Colon, who displayed the whole package on that project. Unfortunately, the disc stalled halfway up the charts, and the follow up, Left of Center, died even quicker when it watered down Colon's natural appeal in an attempt to reach contemporary R&B crowds. There's an old saying that experience is what you get when you don't get what you want, and Colon's commercial failure at Capitol Records became an unintended blessing, allowing him to find himself musically as an independent artist. He spent the next half decade developing into an acoustic pop and soul performer with a penchant for writing about relationships in a manner rarely heard on radio. Whether singing about the travails of being on the road, or marveling at his wife's parenting of their baby, he gave voice to an often forgotten but ubiquitous segment of society: folks living in imperfect long-term relationships, working day by day, committed to make love grow and last.

Just when it seemed that Colon's days of national relevance were gone, in 2011 he found a spot on season one of NBC's The Voice, and took his immense vocal talent to victory and a contract with Universal Music, resulting in the 2011 album Come Through For You. The newfound publicity for his television victory, combined with a disc that was a tasty collection of soulful pop, appeared to point -- finally -- toward the success we expected for him years earlier. But the marriage with Universal wasn't a good one, and the album came and went with barely a whisper on the charts. Perhaps it shouldn't have been a surprise: Most labels and nearly all of broadcast radio have spent the last two decades not knowing what to do with adult pop made by men of color. Norah Jones, Sam Smith and Adele may have found their ways to stardom, but Lionel Richie seemed to shut the adult contemporary radio door behind him when his "brown eyed pop" run was done.

Now, 12 years after his debut, Javier Colon is back, signed by the much more adult-friendly Concord label for his fourth full length album, Gravity. The now 38 year old Colon has further honed both his sound and his message to one that is all is own (he wrote or co-wrote all but two songs), and he has brought with him top tier collaborators The Underdogs (Tank, Charlie Wilson, Tamar Braxton), Harvey Mason, Jr. (Tyrese, Jennifer Hudson), and the legendary Tommy Sims. Songs about complicated relationships dominate Gravity even more than prior albums, though the sunny pop sheen of many of the songs belie the underlying heavy messages. The seemingly light midtempo "My Perspective" is actually a continuation of Colon's frequent lament about the challenges of being an artist away from his family, playing gigs late at night far from home while his wife lives the life of a music widow, doing the daily chores of raising kids and working.  "The Hard Way" and "Clear The Air" both use the feel of live band performances to tell the stories of couples working to move forward, even as the recent past places obstacles in the way. And, by contrast, the country-styled "Walkin'" appears musically to be the sad story of a man ready to leave a relationship, when it is actually not just an acknowledgement of frustrations with a complicated relationship, but importantly a commitment not to walk away.

While the whole of Gravity is eminently listenable, a couple cuts stand out: The title track (and first single) is a beautiful, haunting ballad about a man who has cheated and is suffering its consequences, even as he rationalizes its inevitability.  Just as good is Sims' joyous production (including full horn section) on the big duet, "For A Reason," a song where Colon's enviable pipes are given a run for their money by singing partner Nikki Leonti.

One could quibble as to whether Gravity is more pop than soul, but what makes it consistently work in both realms is Javier Colon's voice, still marvelously bright a dozen years after we first heard it. And while he spends too much time at 11 on the ill-advised cover of the Leonard Cohen's "Hallelujah," he is otherwise completely on point on the album, bringing both life and heart to a bunch of songs that could have sunk with a lesser vocalist. It is impossible not to root for Colon's success. That voice and his continued growth as a lyricist would have been sadly lost if his major recording career had ended with the underappreciated Come Through For You. And they are what make Gravity a welcome return and an off-the-beaten-path, but very enjoyable, 2016 release. Limbo is an uncomfortable place for an artist, and, after a dozen years in that amorphous place, with Gravity Javier Colon may finally have the vehicle and the timing to move past the invisible barrier that has kept him from the musical stardom his talent warrants. Highly Recommended.