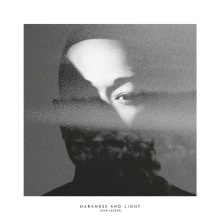 Click on CD cover
to listen or purchase
https://www.amazon.com/DARKNESS-LIGHT-John-Legend/dp/B01M5HCPLV/ref=as_sl_pc_tf_til?tag=soultracks-20&linkCode=w00&linkId=cce703b233f15c16c3e01c14f239da43&creativeASIN=B01M5HCPLV

“So many people tryna be somebody else, or whatever sells/I’ve got my own lane, I’m driving by myself. Hope you wish me well……” John Legend, 2013 (“So Gone”)

“So many people tryna be somebody else, or whatever sells/I’ve got my own lane, I’m driving by myself. Hope you wish me well……” John Legend, 2013 (“So Gone”)

Ten Grammys, four albums, dozens of hit collaborations and an Academy Award; in the span of twelve years, John Stephens became ‘John Legend’ and became one of his generation’s brightest stars. With each new CD, the 37-year-old Ohio native combined his old-soul sensibilities, eclectic influences, and foundation of gospel rhythms with modern lyrics and ever-evolving truths. Legend’s distinguishable timbre echoed soul icons of the past while retaining its own imprint, making his style an ideal enhancement for a variety of performers in and out of R&B. Because of his finely-honed instincts, fans have followed and often championed Legend’s expanding horizons, so the fact that he’s moved into an opposite direction yet again with his fifth album, Darkness and Light, isn’t as surprising as it seems.

If you’re expecting a continuation of the messages in John’s 2013 CD, Love in the Future, it’s not going to happen. The lush and velvety love songs from Future have been recalibrated into an unvarnished, stream-of-consciousness type of set that explores the widening dimensions of his life as a man, a citizen and artist. Sound & Color, a part of the Alabama Shakes collective, session guitarist Blake Mills, percussionist Chris “Daddy” Dave and musicians that embody more jazz and pop than conventional soul (Larry Golding, Will Oldham, John Ryan, etc.) are the ones in the booth with Legend this time around. The results are his rawest vocals and most startling lyrical works up to date, beginning with the vulnerable, yet victorious self-inventory, “I Know Better”: “Legend is just a name, I know better than to be so proud/I won’t drink in all this fame, I take more love than I’m allowed.” Platitudes about life and the possibilities therein are no more. Instead, the father, husband and humanitarian is challenging mankind’s fading reliance on a higher power (the rollicking, gospel-esque “Marching Into the Dark”), crashing upper tiers of the elite (the urban-flavored “Penthouse Floor,” ft. Chance The Rapper) and becoming intoxicated with the trappings of fame (“Overload”). John Legend’s authenticity hasn’t changed, but the delivery methods to convey it have made Darkness a grittier and more uncomfortable ride.

The emotional roller-coaster of marriage and parenthood also seem to have an effect. “What You Do To Me” is “All Of Me’s” brooding and raunchier counterpart (“You always do me right, screaming through the night/Make me love and hate you at the same time”) and “Love Me Now” is about seizing the imperfect moment and being as one, even as it flies in the face of conventional wisdom or common sense. “Right By You (For Luna)” is especially poignant, with Legend committing to honor his baby girl’s path in the world no matter where life takes them. “Temporarily Painless,” an ode to the pros of succumbing to a one-night-stand, precedes a sullen contrasting message set forth in “Same Old Story,” a bluesy mid-tempo lament following a couple locked in a dance of cynical stagnation, crackling with auto-tuned resignations about long-ago lies, unresolved arguments and a reluctance to improve...or exit.

Yin and yang, up and down, cold and hot, Darkness and Light: John Legend’s bold foray is both foreign and familiar, employing the outlines of his rich and rumbling tenor while coloring within those edges using new hues and textures. If art and beauty are within the eye of the beholder, listeners will do either one of two things: absorb its elements slowly and appreciate the earthy, organic feel…or find the whole exhibit too unorthodox for their tastes and flee to take comfort in Legend’s earlier, and easier-to-digest works. Either way, Legend continues to enlighten and engage. Recommended.