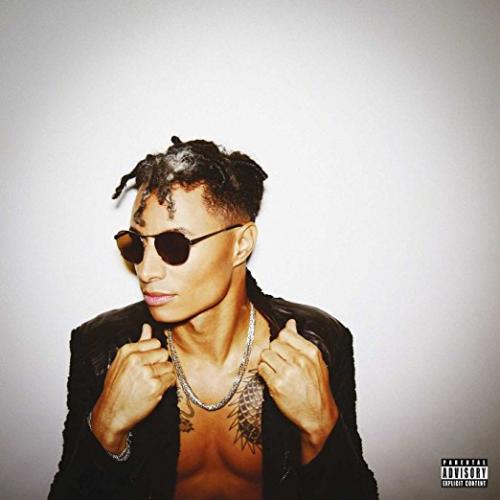 Jose James - Love in the Time of Madness

Jose James - Love in the Time of Madness

José James is a restless artist. He never stays put, certainly not in a space where you think he “ought to be.” Best known as a jazz singer and songwriter, James has escaped from that apparently all-too-confining box on more than one occasion with varying results, from a most unfortunate foray into indie rock with While You Were Sleeping to his wildly successful blend of atmospheric electrosoul, R&B, and jazz with Black Magic. In a decade-long career, there has been something of a through-line that still tethered James’s work to Black musical traditions, mainly jazz. A festival circuit darling, jazz remains his bread and butter, thanks to such critically acclaimed albums like The Dreamer, For All We Know (with Jef Neve), and Yesterday I Had The Blues: The Music of Billie Holiday. With José James’s latest and perhaps most brazen challenge to music fans, he commits what some purists will receive as the cardinal sin of “selling out” by “going pop,” and not just organic, folksy coffee shop pop, but hardcore urban radio pop with multiple toe dips in trap soul.

This act is not without its gifts. While the serviceable, soundalike moody melodies of the 50 Shades of Gray opening tracks are off-putting, relief comes in a quartet of middle project songs more traditional James fans may find worth engaging as they are rooted in the funk and soul explorations James dived into with 2013’s No Beginning, No End. After one too many downtempo, 808 numbers, “Remember Our Love” positively bursts from the speakers with compelling musicality, wall of sound reverb, and a hooky chorus with Top 40 potential. With a sing-songy melody vaguely reminiscent of ‘60s soul pop, it’s a much-needed display for James’ usually enchanting personality.

Going from strength to strength—if with a Bruno Mars, ‘80s rollerskating twist—the electric “Live Your Fantasy” and “Ladies Man” are both wins any way you look at it. Vibrant and vivacious, James’s voice sits perfectly in its derivative Minneapolis funk, playing in his much-missed falsetto on “Ladies Man.” Either banger will start any celebration off right. Closing out the brief party is “To Be With You,” a supple, romantic ballad that clings to the small of your back and leads you into a simmering dance. These four songs are so completely in conflict with everything that surrounds them, you’d think they belong to an entirely different album. Whether that reads as a schizophrenic choice by Blue Note Records, producer Tario (Miquel, Chris Brown), and James himself or is meant to showcase his artistic versatility depends on how welcome the rest of the album is to your ears.

Accordingly, here comes “You Know I Know,” “Breakthrough,” and “Closer” to jar us back into the droning, sterile club and radio pop that any number of interchangeable artists of the day can and do deliver. While each is equipped with memorable, if cliché street melodies, they aren’t reflective in the least of the incredible vocal growth James displayed just one album ago with his 2015 Billie Holiday tribute project. Sung straight ahead with none of the interesting scats, riffs, bends, flourishes—nothing that sounds like José James -- these songs utterly erase James’s infectious and seductive personality, leaving another carbon copy of an urban pop star trying to reach kids 20 years his junior. Even more curious than this image and musical rebranding effort for the millennial market, is a duet with Oleta Adams that sounds like a good idea on paper but painfully plods along for nearly five minutes before putting us out of our misery with an ending that is more interesting than the four and a half minutes that came before it.

On a project whose themes are all about love, this album strains the affections of even the most ardent fans. It certainly did this one. Mildly Recommended.