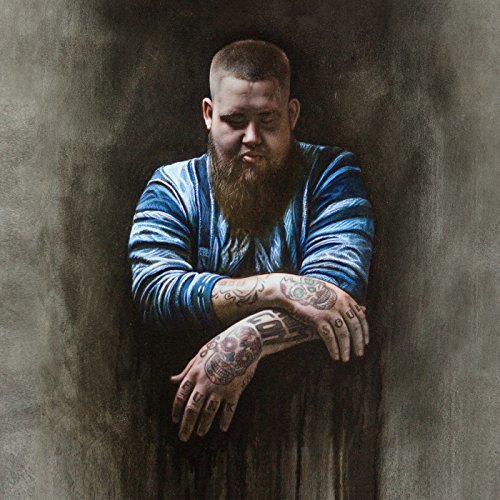 If Johnny Cash sang contemporary pop and soul, he’d sound like Rag ‘n’ Bone Man. With a baritone as heavy and commanding as his stride, on Man’s full-length, major label debut, Human, the tat-covered Brit formerly known as Rory Graham enters the scene with a voice that is unlike anything currently occupying space in pop music.

If Johnny Cash sang contemporary pop and soul, he’d sound like Rag ‘n’ Bone Man. With a baritone as heavy and commanding as his stride, on Man’s full-length, major label debut, Human, the tat-covered Brit formerly known as Rory Graham enters the scene with a voice that is unlike anything currently occupying space in pop music.

Of course, given that Rag ‘n’ Bone is being marketed by Columbia Records as something of a blue-eyed soul singer, there will be some that will dispute his singularity. Comparisons to fellow UK soulster, Kwabs, will come easy in that both are weighty baritones singing dark toned, often epic anthems that sit in a strange musical intersection that isn’t fully pop, isn’t fully soul, isn’t electronica (despite liberal use of synth and electronic effects to paint huge, intricate sound canvases). It isn’t even the classical in which Kwabs was trained, but rather an amalgamation of all of these disparate genres smashed into a sound that lives somewhere in between it all. But, unlike the more straight-ahead singing of Rag ‘n’ Bone Man that can feel more stripped down country than blues, Kwabs has a more flexible instrument, easier access to his upper range, and is undeniably a Black singer trafficking in Black musical traditions. With the exception of the spare blues of “Die Easy,” on Human, Man never tries to be anything but a white man singing his own brand of the working class blues. In doing various forms of Americana roots music through his contemporary, blue-collar UK filter, Man carves a lane for himself all his own. In this, Man has his own traditions from which he’s borrowing, including signature singer-songwriters of the people like the world-weary Johnny Cash and the raw Joe Cocker.

It’s not even always a flat-footed rebel yell that one expects from a presence like Man’s, though he can do that too. The Rag ‘n’ Bone Man proves on a ballad like “Life in Her Yet” that he also can deliver nuanced phrasing and cleaner, smooth tones at will. With a voice you’d mistake for being too leaden for dance or swing, Man shows he can ride the rhythms of catchy soul pop and hip hop with the best of them as the punchy “Your Way or The Rope” and swaggering “Ego” illustrate. From “Wolves” to “Lay My Body Down” to “Healed,” really the entire second half of the Deluxe Edition of Human, with its different aural landscapes, is all a show-and-prove presentation to point out Man’s mastery of the different textures and colors in his deceptive instrument. While Two Inch Punch produces only three tracks here, each sticks with you, including the undeniable lead single, “Human.” Still, it’s Man’s co-writers and production duo of Braque and Jonny Coffer that do most of the heavy lifting on Human, while one-off producers Cadenza and Johnny McDaid vary up the sound playgrounds to better showcase Man’s performance range.

And what an unexpected range it is for someone who is not much for octave jumps and gospel runs, but rather tonal in nature. At times, Man’s chameleon voice is one of a wise man who has lived and learned; on others it’s one that is broken and drowning in struggle. Throughout Human, there’s a restlessness and a hunger playing underneath his masculine, soul stirring performances that add to the mysteriousness of an artist who looks like a cast member of Duck Dynasty, sounds like the boy child of Cash and Cocker, and writes with the soul stripping vulnerability of a Sam Smith, as he beautifully does on “Bitter End,” a harrowing power ballad Smith could cover with ease but shouldn’t. Man owns his work on Human, despite writing well enough for others to attempt several covers.

The second part of a sometimes laborious 19-song set is a subtle departure from the anthemic first half of Human, starting with a title track that has become a gold and platinum international smash in no less than eight countries. The hip-hop soul meets rock-infused Americana that is “Human” is similar in tone, feel, and tempo to Aloe Blacc’s ominous, but equally cinematic “Ticking Bomb.” Whereas it’s the only song of its kind in Blacc’s catalog, Man further pursues that uneasy, if wholly sincere feel for the next several songs of Human. The effect is one of intense seriousness and the direct simplicity of his vocal approach to songs in the first half demands that you pay attention to the vulnerable and compassionate storytelling of his lyrics as on the Nashville soul of “Grace” and resonating choral sing-a-long of “As You Are.”

Hearing him perform a torch song like “Love You Any Less” in a reverence reserved for prayer, without the slightest hint of artifice, one has no doubt that Man is an artist who leaves it all on the studio floor. With the backing of Columbia, following a string of indie released EPs that go back to 2012’s Bluestown, and a bonafide runaway hit in 2016’s “Human,” it’ll be interesting to hear this 32-year-old technician’s versatility and emotionally powerful readings in-person on his forthcoming international tour. On a major label debut that is the kind of once-in-a-lifetime showing any newcomer would be proud to call his own, Man’s already proven he’s got the studio on lock. Now it’s time to own the road. Highly Recommended.