Regina Belle - Show Me the Way: The Columbia Anthology (2019) 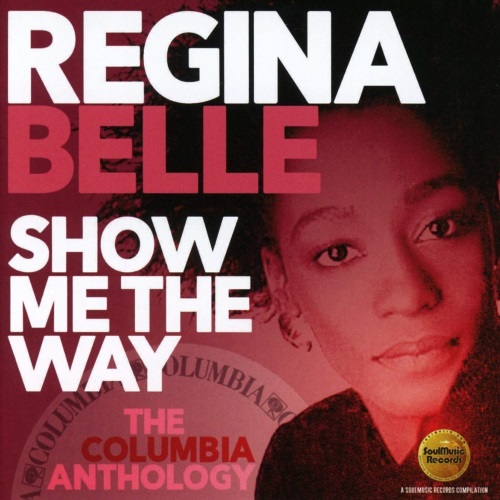 Click on CD cover
to listen or purchase
https://www.amazon.com/Show-Me-Way-Columbia-Anthology/dp/B07LD8Q5QX/ref=as_sl_pc_tf_til?tag=soultracks-20&linkCode=w00&linkId=7f9e28edf743ebb7b1c0ad5aafb9e546&creativeASIN=B07LD8Q5QX

Regina Belle - Show Me the Way: The Columbia Anthology

When Regina Belle first impacted the R&B scene in 1987 with her jazzy and soulful performances of the midtempo gems “Show Me the Way” and “So Many Tears,” many compared her to Anita Baker, who’d recently taken over the soul universe with her strikingly sophisticated Rapture album. Certainly, there were a few similarities in sultry tone and mellow yet sassy delivery between the two. However, time would show both vocalists as strong individuals with differing, clearly defined musical paths over the ensuing decades.

Regina Belle - Show Me the Way: The Columbia Anthology

When Regina Belle first impacted the R&B scene in 1987 with her jazzy and soulful performances of the midtempo gems “Show Me the Way” and “So Many Tears,” many compared her to Anita Baker, who’d recently taken over the soul universe with her strikingly sophisticated Rapture album. Certainly, there were a few similarities in sultry tone and mellow yet sassy delivery between the two. However, time would show both vocalists as strong individuals with differing, clearly defined musical paths over the ensuing decades.

SoulMusic Records’ two-disc compilation, Show Me the Way: The Columbia Anthology, collects 30 tracks from Belle’s tenure with the label over an eight-year span, covering the decidedly smooth and deep shadings of 1987’s All by Myself and 1989’s Stay with Me, the dynamically expansive terrain of 1993’s Passion, and her turn as an interpreter of Philly soul classics on 1995’s Reachin’ Back. Intermittent duets with Peabo Bryson, Johnny Mathis, and J.T. Taylor add to the well-rounded palette.

While the bulk of repertoire on the anthology circulates in the ballad stratosphere, a handful of uptempo grooves from Belle’s catalog solidify her ability to flex vocal muscle in across-the-board settings. That said, a number of album cuts that never obtained single release stand just as strongly and timelessly as her highest-charting hits. Hence, where the classic, Carvin Winans-penned “Make It Like It Was” is every bit as poignant and heart-tugging as it was 30 years ago, so is the emotionally victorious “It Doesn’t Hurt Anymore,” a most meaningful moment of melodic and lyrical conviction just as relevant three decades on. Likewise, the rich and powerful “After the Love Has Lost Its Shine” resonates as boldly as the top-ten, Jonathan Butler-penned “This Is Love.”

The early nineties were a turning point for Belle, personally and professionally. After enjoying a steady run of R&B top-ten hits from Stay with Me (the aforementioned “Make It Like It Was” and “This Is Love,” as well as the seductive “Baby Come to Me” and sleek “What Goes Around”—both also found on this collection), she took time off from recording, save for a couple of appearances on the albums of other remarkable peers. “I Can’t Imagine,” which was actually Belle’s second duet with Peabo Bryson (the first being 1987’s “Without You”), made the mark with sterling composition courtesy of Barry Mann and Gerry Goffin, while “Better Together” (performed with Johnny Mathis) was imbued with an old-school vibe that provided a nicely nuanced platform for the pair’s vocal chemistry.

By the time Belle released her third album, Passion, she had experienced a major career boost via her third duet with Bryson (not included here), “A Whole New World” from Disney’s Aladdin movie. The song topped the American pop charts and entered the top 20 in a dozen other countries. Initially, the momentum was kept afloat with Belle’s unforgettable cover of Nancy Wilson’s “If I Could,” which features here alongside five other gems from Passion. Although the inspiring tune didn’t quite have the widespread impact one would hope for after the global success of “A Whole New World,” it clarified Belle’s artistic integrity with Nick Martinelli’s stellar production and a vibrant, never pretentious, vocal delivery.

Somehow, though, Belle began to get lost in the shuffle of artists at her major label home. The follow-up singles, “Quiet Time”—an alluring quiet-storm entry featuring none other than Barry White on dialogue—and “Dream in Color,” a gospel-fused ballad with uplifting verses and an elevating chorus, stalled in the lower reaches of the US R&B charts with no accompanying music videos (an essential component by the mid-‘90s). Both tunes show distinct sides of Belle as an interpreter of song who goes all in on each lyrical passage and musical mood, backed by the finest of musicians who understand and respect her prowess.

By the time of her final set for Columbia, Reachin’ Back, the landscape of urban-contemporary radio had changed significantly. Fortunately, Belle didn’t fall into the trap of bowing to the growing influence of hip-hop on R&B; but the final product was a mixed bag in terms of conveying her strengths. Four cuts from the set of her homage to ‘70s Philly R&B classics are present here, the strongest of which served as its primary single release: “Love T.K.O.” The Womack & Womack-penned gem made famous by Teddy Pendergrass was given a fresh spin with Gerald Levert and Edwin Nicholas at the production helm, bringing out a more nuanced side of Belle’s sassiness. On par with musical trends of the time, the remake was relevant without discarding the core of the original.

Many of the covers on Reachin’ Back, however, were helmed by revered pop producer Keith Thomas. In this setting, his approach didn’t work ideally for Belle. The synthesized arrangements on renditions of the Spinners’ “Could It Be I’m Falling in Love” and The Stylistics’ “You Make Me Feel Brand New” lack panache and come across as surprisingly low-budget-sounding in retrospect. What should have served as a highlight of Belle’s output instead became a musical back step—no fault of her own, as she maintained her stylistic refinement despite the lacking accompaniment.

In the two decades since the time period that Show Me the Way covers, Belle has gone on to further hone her chops as a purveyor of jazz, gospel, and further R&B gems. But the most defining work of her artistic body is found within this two-disc anthology. With few exceptions that succumbed to production shortcomings, the set is a shining testament to Belle’s consistency as a wide-ranging artist who brings the most out of every song she sings, transcending the lines of technicality into multi-dimensionality. Highly Recommended.