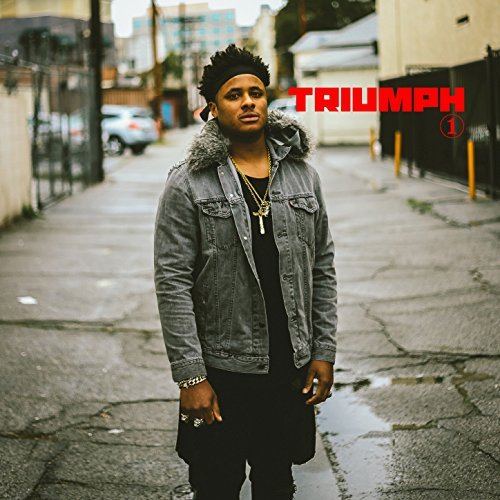 It’s a great time to be a member of the Bruner family. The sons of flautist Pam and drumming veteran Ronald Bruner, Sr. (The Supremes, The Temptations, Gladys Knight, and Randy Crawford) are all accomplished West Coast musicians credited with being major players in this latest revival of L.A. jazz and soul. Two of those prodigal sons, multi-instrumental/composer/producer Stephen “Thundercat” Bruner and drummer/composer/producer Ronald Bruner, Jr. have gone on to win Grammys for landmark projects for Kendrick Lamar and The Stanley Clarke Band, respectively, while keyboardist/composer Jameel "Kintaro" Bruner has been nominated for his fine work on The Internet’s breakthrough album, Ego Death. Both Thundercat and the younger Bruner majorly contributed to Kamasi Washington’s 2015 three-disc magnum opus, The Epic, a Top #3 Billboard Jazz project that was near universally named one of the Best Albums of 2015. Indeed, there may never be a better time to be a member of this close knit musical family that is putting a major stamp on contemporary American music as we speak.

Looking to continue that tradition, Ronald Bruner, Jr.’s debut as a soloist more than succeeds in the aptly title Triumph.  Right from the opening track, “True Story,” the vibrating energy, virtuoso performances, and massive feel of The Epic flows straight through Triumph, which was largely recorded during the sessions that comprised Washington’s masterpiece. The tireless drumming performances are as masterful as one would expect from a drumming prodigy of the Thelonious Monk Institute who learned at the knees of jazz legends like Wayne Shorter, Ron Carter, Dianne Reeves, Dave Grusin, Marcus Miller, and Kenny Garrett, to name but a few on a list of professional credits that includes everyone from Stevie Wonder and Gerald Albright to Roy Hargrove and George Duke. All before age 33.

While categorized as “jazz” for Bruner’s powerful improvisational solos as on “Open The Gate” and “Whenever,” the work follows a re-emerging tradition in jazz and soul to borrow from various genres, even as the musical roots and foundation of the work lie in jazz and soul. This is particularly true of work coming out of L.A. and the UK, led by influencers like Thundercat, Flying Lotus, and Washington. There is also a throbbing funk on cuts like “To You/For You” and “Geome Deome,” -- the latter featuring smooth jazz pioneer George Duke captured before his passing -- that has little relationship to pre-70s purist jazz whatsoever and is more of a rock and electric jazz fusion originated during Miles’s “electric period.” Similarly, the duet with Thundercat, “Take the Time,” which bridges arena rock with California soul, too has little in common with bebop or hard bop except for its boundless energy. With its occasional rock leanings, Bruner’s tenure with the crossover thrash band, Suicidal Tendencies, can be heard echoed in its moments of barely contained chaos.

That said; there are mellower moments, like the sensual “One Night,” that are straight ahead R&B done in the vein of fellow West Coasters like Tony Toni Tone. In fact, Bruner’s tender tenor on the songs he leads has the tone and timbre of a less disciplined and refined Raphael Saadiq. While Bruner’s not always vocally precise, he is never less than passionate in his attack on every note and that earnest sincerity will likely win over even the most discriminating vocal snob. On the rhythmic electro soul driver “Sensation (feat. Danielle Withers & Mac Miller)” and the light drum ‘n’ bass pointillism of “Doesn’t Matter,” Bruner’s building blocks of the electric and organic in full, layered arrangements feels like the West Coast’s answer to the more minimalist, but equally intricate sounds coming from North Carolina’s The Foreign Exchange circa Love In Flying Colors.

In just the first quarter of 2017, Bruner’s Triumph has already established itself as one of the Top 10 most musical and vivacious releases of the year. With a recent critically acclaimed album release by Thundercat and a forthcoming one slated to come from brother Kintaro later this year, 2017 may be shaping up to again be all things Bruner in next year’s Grammy nods. And, somewhere smiling in the California sun, Pam and Robert Bruner, Sr. couldn’t be prouder. Highly Recommended.