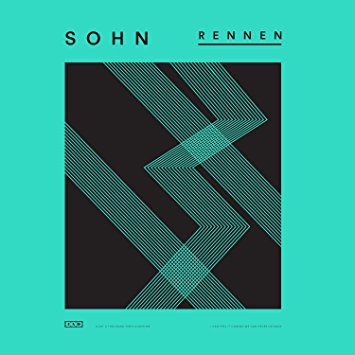 With synthy indigo soundscapes ripped right out of films like Drive, Blade Runner, Risky Business, and most anything ‘80s era Cronenberg. Vienna-based, U.K. singer/songwriter/producer Sohn on his sophomore full-length once again introduces us to a surprisingly engaging electrosoul world that is often catchy and dynamic. Minimalist in nature and heavily reliant on space and repetition for emotional resonance, even the best of it is not always the most textured nor rich. Opening strong with songs that jump out of your speakers, the project eventually suffers from too much of the same malaise in its middle songs. Still, for those looking for a melodic trance to set a reclining mood or nostalgically return you to ‘80s New Wave at its best, Sohn’s Rennen may be a most fitting package for you.

Maybe it’s in Sohn’s vocal approach, but on “Hard Liquor,” the singer-songwriter does something miraculous here, a trick I’m still not entirely sure how he pulled off. While an entirely synthesized production, “Hard Liquor” sounds like a ‘50s blues song with a bit of a rhythmic swing. Sohn does so while using no retro instrumentations or even traditional chords, and yet you can hear something classic there in its melody, the percussive rhythms, and Sohn’s direct storytelling style. He does another neat trick with “Conrad” in that it sounds like a folk or work song in its melodic sway, while again even the handclaps are computer generated. Both are stunning cuts that draw listeners in immediately with their refreshing musicality using tools that can often read cold outside of the hands of esteemed synthesizer adept producers like Stevie Wonder, Herbie Hancock, Teddy Riley, Jam & Lewis, or Nicolay of The Foreign Exchange.

The euphoria doesn’t last as the project fails to recognize the core strengths of its Creator-In-Chief, making memorable melodies and bending electronic instruments to evoke the same emotional responses of warmth and movement that organic instruments are capable of. There is a four-song run of uninspiring mid-tempos that feel more experimental than fully formed and banal ballads that inspire more scorn than empathy. Some songs both enthrall and irritate, such as the relentless chant in “Falling,” which manages to do both over its 4:28 length of one word bars on Tourette’s, but admittedly there is something driving and infectious about it too.

Sincerity saves. At least in the latter quarter of Rennen, where the spare astral effects and openness lends an vulnerability to Sohn’s delivery on both “Still Waters” and “Harbour.” They both have a kind of solitary singer crooning into the stillness of night in ways both lonely and sorrowful. The effectiveness of his tenor, one not unlike Lewis Taylor’s in timbre, carries the day through a yearning believability.

Its opposite goes big; “Proof,” is a minor key panorama that literally breathes over the bass heavy throbs and pulsating percussions. Its epic production is layered and thick, like the critically acclaimed work Sohn’s done for Kwabs as a producer on some of that artist’s best work, like “Last Stand.” It joins songs like “Hard Liquor” and “Conrad” as major selling points on a project that can feel as hit as often as it is miss. Still, if keeping score, there is more here on Sohn’s sophomore project that is compelling, even captivating on scales that are tipping more the artist’s way. Recommended.