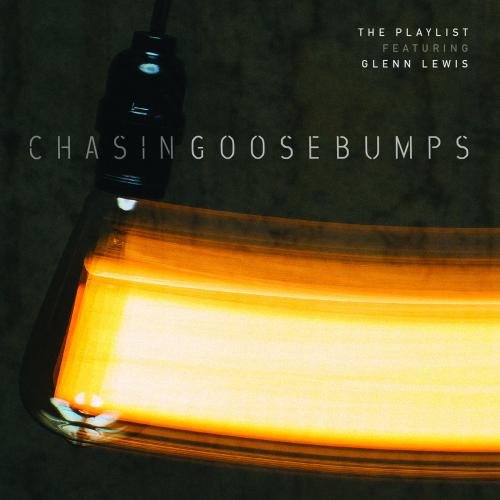 There’s a lot of bravado and bluster that goes into the expedited masterwork of maestro D.J. Jazzy Jeff’s creative collective of Philly scene neo-soul stars and their collaborators. Some of the bravado is earned, as the collaboration did prove its point that a well-executed, polished product could be created in roughly one week. That this point had been proven back in the days of Muscle Shoals, The Brill Building, and even during the era of Ma Rainey and Bessie Smith is beside the point; the industry has apparently been perpetuating a falsehood that great music needs a nine-month gestation period akin to childbirth.

There’s a lot of bravado and bluster that goes into the expedited masterwork of maestro D.J. Jazzy Jeff’s creative collective of Philly scene neo-soul stars and their collaborators. Some of the bravado is earned, as the collaboration did prove its point that a well-executed, polished product could be created in roughly one week. That this point had been proven back in the days of Muscle Shoals, The Brill Building, and even during the era of Ma Rainey and Bessie Smith is beside the point; the industry has apparently been perpetuating a falsehood that great music needs a nine-month gestation period akin to childbirth.

To the collective’s credit, there are no loose strings to be found on an album long on chill and danceable grooves and shorter on impact, or to use its own language, “goosebumps.” To its further credit, Chasin' Goosebumps goes a long way of restoring Glenn Lewis’s rather tattered commercial reputation for not delivering a cohesive and consistently fine project since his classic 2002 debut, World Outside My Window. That Jeff and Co. changed this unsettling fact alone deserves high praise.

From 1995 with D’Angelo’s Brown Sugar to 2007 with Rahsaan Patterson’s Wines & Spirits, neo-soul (and its cousin, indie soul) represented a movement of “honest music” reflecting the musicality and socially conscious principles of the 1970s. It spoke to a generation of Xers raised on everything from ‘60s Motown on classic soul radio to ‘80s roller skating funk in their own childhoods, and echoed a yearning for a time when their parents were grown. The music range was atmospheric, groove-oriented, and characterized by the use of jazz influenced soul and live musicians. There are threads of it that still thrive in the works of younger artists like Eric Lau and Slakah the Beatchild. And, it is on full display in the writing and productions of Questlove, James Poyser, Vikter Duplaix, Eric “Erro” Roberson, Andre “Dre” Harris and Vidal Davis, Ivan “Orthodox” Barias and Carvin “Ransum” Haggins, and, of course, D.J. Jazzy Jeff and his Philadelphia-based Touch of Jazz Productions. It was at Touch of Jazz where many of the above-listed producers got launched.

With a list of pedigree artists touched by the house that Jeff built including: Musiq, Floetry, Jill Scott, Jazmine Sullivan, Raheem DeVaughn, Jaquar Wright, Carol Riddick, and, yes, Glenn Lewis, it’s no wonder Jeff was able to get SiR, Teeko, Eric Lau, James Poyser, Rich Medina, Stro Elliott, Aaron Camper, Dayne Jordan, and Lewis to answer his challenge of collaborating on a perfectly completed project in just one week. The results are impressive to say the least. There are at least four standouts out of the 15-track set (including interludes) that would have qualified as urban radio-worthy singles if radio were still worth a damn.

With the modern-day samba of the inspirational “Superman,” a tune whose piano chords and synth effects echo ‘70s-era Stevie Wonder, a comparison that only gets heightened by Lewis’s Wonder tone, and is among the most musically intricate and intoxicating on Chasin' Goosebumps. The timely hilarity of the bright “Mr. Grump,” a satirical song of resistance against #45 certainly deserves to become a sing-a-long anthem for protests around the globe. “Mr. Grump” is as rib poking and defiant as Jill Scott’s similar “My Petition” was poignant and pointed over a decade before. Taking a popular saying on social media relationship memes, “This Could Be Us” delivers Lewis a highly melodic call and response bar groove in the early ‘80s soul pop vein of Hall & Oates and The Doobie Brothers. With its effective refrain of “but you keep playin’ baby,” “This Could Be Us” is as catchy as it is well performed. But, while Lewis is largely on soulful cruise control on most of Chasin' Goosebumps, relying heavily on his Wonderific tone and phrasing to carry the day, he vocally breaks out of the safe middle on two back-to-back torch ballads, “First Time Again” and “Take My Time,” where he finally stretches his instrument with fresh tonal coloring and higher vocal peaks in ways reminiscent of “It’s Not Fair” and “Your Song (For You).”

Between the very fine bookends of Rich Medina’s spoken word intro on the throbbing “Distraction” and the glorious apex of the title track whose chorale ending actually achieved its goal, there are some moments that defy understanding for a project that boasted on “Die Empty” about not following trends. “Defeated” and “Stone Cold” definitely utilizes the trite, sing-songy rhyme schemes and melodic lines overly popular in hip hop today. These minor missteps can jar listeners out of the project’s overall nostalgic groove. For instance, sequencing “Defeated” immediately after the memory lane stroll of “1995” (which offers Lewis a thematic shot at his own contemporary take of Wonder’s “I Wish”) is…inopportune.

Songs for the club on Chasin' Goosebumps come in disparate yet welcome varieties. The Halston-draped disco house of “Good Time” opens similarly to Anderson.Paak’s “Am I Wrong feat. Schoolboy Q” (which itself is referencing Chic) and offers grown folks another chance at dance floor glory on a club jam accompanied by horns and strings. It delivers on the good time promised. Whereas “Faceless” is a throwback groove to the kind of late ‘90s cool pose chill that dominated mid-tempo cuts readymade for Video Soul back when there was a thing called the “granola and back-pack” set. One can smell the incense and African head wraps with each drum tap and cabasa shake.

For the neo-soul set—and those long missing these sounds from the commercial marketplace—every bit of Chasin' Goosebumps will feel like manna from heaven. That said; given the level of A+ talent in that room over those seven days, one can’t help but wonder how much wider and even more dynamic a palette might have been realized, one that didn’t operate so often right in the solidly safe middle of smooth soul, if they’d given themselves an equally impressive month to tinker in that same studio. What’s present is undeniably gold, but we know the goosebumps these chasing musicians, producers, and engineers are capable of achieving is pure platinum. We look forward to more promised releases by “The Playlist” of other featured singers to see how often their experimentations reach the nirvanas their Philly boasts portend. No doubt they have the goods and track record to match all their bravado. Yet, in these showy, yet musically vacuous times, its all the more necessary to boldly back up the show with everything you’ve got inside, to ensure you die as empty as promised. Highly Recommended.