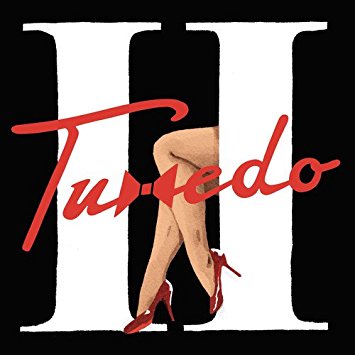 “It all sounds the same. I just pick out my favorites and add it to my wanna-be ‘80s playlist.” — Taylor Owens

“It all sounds the same. I just pick out my favorites and add it to my wanna-be ‘80s playlist.” — Taylor Owens

Seldom do reviewers use quotes from random laypeople in their reviews, but this comment by a music aficionado friend so perfectly captured my sentiments about this second offering by co-conspirators Mayer Hawthorne and his producer Jake One, that inclusion felt paramount. It’s not to say that there’s a single bum note or melody free tune on this infectious second helping of retro ‘80s light funk revival. Far from it! As usual, Hawthorne is note perfect in his enthusiasm for excavating Black musical museum artifacts from the ‘60s, ‘70s, and now the ‘80s for his own version of the same. One eagerly anticipates his take on ‘90s era Biggie and ‘Pac, once he finally tires of this particular throwback trend. It’s just that those of us who already lived through the synth funk explosions of L.A. and Minneapolis in the 1980s were hoping that this nostalgia by those who were still eggs in mama during this sound’s first go ‘round would’ve grown tired of its derivatives by mainstream pop acts like Mark Ronson, Bruno Mars, and Justin Timberlake more than five years in. It almost had, with ‘80s new age and ambient emo making another go of it in urban pop culture. Then Prince died and all the male urban pop artists not already locked into jingly trap soul decided they must try to behave as though they all hailed from Minneapolis again to fill the gap. Note: No one can fill the gap. No. One.

To be fair, these artists sound more like hit and miss fan favorites of the era like The Time, Cameo, Shalamar, Klymaxx, The S.O.S. Band, and Starpoint than Prince, who left this sound almost as soon as he helped to pioneer it for even more creative pastures. The light funk, electric bass, and tinny uptempo R&B flavor that was all the rage in the roller rinks and cookouts of my neon and Max Headroom childhood are generally feel good guarantees to get any party started. It’s just that about four or five songs in one starts to appreciate those crazies who burned disco records in Chicago’s Comiskey Park back in 1979 on Demolition Night. Listening to Tuxedo II as a Gen Xer can feel a little bit like that. Nothing’s bad, but my how it does go on and on…and on. Indeed, ‘til the break of dawn. Sigh.

The opening number, “Fux With The Tux,” was already the winner as the title track off 2016’s Tuxedo EP for Stones Throw Records, and is quickly followed by two other songs that are fun, light-hearted, and utterly interchangeable Reagan-era club grooves. The only thing you’re missing is the coke. It’s not until the bridge in “Rotational” that you might find your ears perking up from the nightclub droning with a surprising bit of doo wop and counterpoint that suddenly turned the lights on and reminded you that Hawthorne can be a fresh and original talent when he puts his mind to it. It’s followed by a cutesy, if routine duet that wouldn’t have been out of place on the catalogs of Rene and Angela, Yarbough and Peoples, or even One Way featuring Alicia Meyers. Playing Hawthorne can often be a game of name that tune.

Several more go by in a blur of arm waving and foot tapping before disco makes a showing in a bright horn and electric bass ditty, “Back In Town,” that may feel like a song you already know, but at least it breaks up the streaming funk monotony. It’s followed with a head bobber in “Special” and the hooky “Livin’ 4 Your Lovin’,” a piano-led cut that opens in something that vaguely suggests house but quickly asserts itself as more of the 4/4 retro funk. It too at least sports another notice-worthy bridge before resuming One and Hawthorne’s dogged commitment to formula.

Tuxedo II’s sole other outlier is “July,” a mid-tempo closer that at least attempts more of a blues and doo wop R&B blend that might have been sung by late career Manhattans. While not as catchy as some of the material preceding it, it at least felt like a special take on a traditional sound, which is what utilizing an earlier influence can be when done right by an artist. Instead, we have another dusty homage that is so sound-a-like to the originals that one questions why we need the sound-a-like at all? Better to buy the originals. Mildly Recommended.