"Tighten Up" singer Archie Bell of The Drells suffers stroke 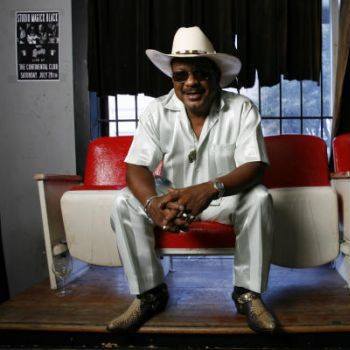 (May 5, 2021) The great Archie Bell was one of the iconic singers of the Golden Age of Soul Music and he has been a true ambassador for the music community of Houston, Texas. We are passing on information and asking for prayers from SoulTrackers, as Archie has reportedly suffered a stroke and is ailing

(May 5, 2021) The great Archie Bell was one of the iconic singers of the Golden Age of Soul Music and he has been a true ambassador for the music community of Houston, Texas. We are passing on information and asking for prayers from SoulTrackers, as Archie has reportedly suffered a stroke and is ailing

This is Randy Overton for Archie Bell. This message goes out to all of you around the world who are Archie Bell fans, and facebook friends. Back on March 11, 2021, Archie had a light stroke. We kept this quiet per family request until now. He was in the hospital for a week and then 2 weeks in rehab. He went back into the hospital this past Thursday due to an infection from a pressure ulcer/bedsore. The Dr's said his prognosis for recovery is very good. He will be going to another rehab center once he leaves the hospital early this coming week. He could be there 1-2 months until he gets back to normal. His stroke was on his right side. Dr's said this was a blessing for him. Since he is left-handed and your voice comes from the left side of the brain, he has a lot to be thankful for. He should be Tightening Up again in the near future.

I just spoke to Archie and he would love to hear from his friends. If you could send him a postcard, note, a get well card, anything for him to catch up with his fans/friends and cheer him up would be appreciated.

Archie Bell & the Drells was one of the most enjoyable (but often overlooked) dance groups of the late 60s and early 70s.  While their funky Texas (and later Philadelphia) sound was often overshadowed by the music coming from Detroit and Memphis, their contribution to the musical landscape of the time was significant -- and always funky.

Archie Bell was born in Henderson, Texas, but moved as an infant to Houston.  He began singing in the church choir by the time he was ten, and as a teen he formed the Drells (made to rhyme with Bell) with friends Willie Parnell, James Wise and Billy Butler.  The group wona number of local talent competitions and received an introduction to popular DJ Skipper Lee Frazier, who helped them put together their first recordings.  One of these, 1968's "Tighten Up," was recorded just before Bell went overseas on military duty.  Beginning with the line "Hi everybody!  I'm Archie Bell of the Drells from Houston, Texas," the funky dance cut (reminiscent of the sound James Brown was popularizing at the time) became a local favorite and was picked up for national distribution by Atlantic Records.  "Tighten Up" turned into an international smash.  Surprised by the record's success, the group hurriedly recorded the much awaited accompanying album while Bell was on leave from the military.

Around this time the group met with hot young songwriters Kenny Gamble and Leon Huff and became the an important foundation for Gamble & Huff's fledgling production empire and, later, their Philadelphia International Records label.  Songs like "I Can't Stop Dancing," "Showdown" and "Do the Choo Choo" established Archie Bell and the Drells as one of the premiere dance groups of the late 60s and early 70s.  The hits became more sporadic as the decade wore on, though the group scored big on the Soul charts with "I Could Dance All Night" and "Let's Groove."  Ultimately, Gamble & Huff's focus on younger artists and their growing corporate empire left the Drells a second tier act at PIR and the group faded from sight after landing one final moderate hit, 1979's "Strategy."

The Drells broke up in the early 80s, but Bell continued on as a solo artist and then with a reconstituted set of Drells, playing the oldies circuit.  By the mid-90s, Bell was solo again, singing his classic hits at venues in the U.S. and internationally, and playing a number of charity concerts to benefit other, less fortunate artists.

We’ll be praying her for a full recovery for Archie Bell, and hope SoulTrackers will send him good wishes!