Bigg Robb: The bridge between Bootsy, Zapp and Southern Soul 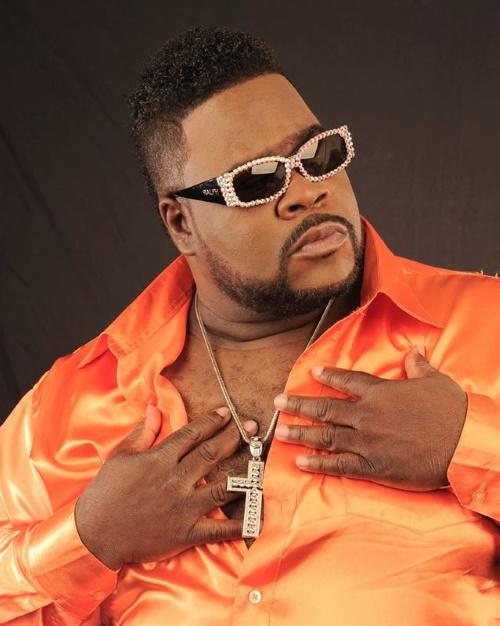 (April 7, 2020) Roger Troutman had one simple request when he tossed the keys to his limousine to Robert “Bigg Robb” Smith. “I didn’t know how to drive a limo, and he just threw me the keys and said, ‘Don’t wreck this thing,’” Bigg Robb recalled.

That was one the first lessons Robb received from Troutman, the late great leader of the funk band Zapp. Bigg Robb was Troutman’s personal assistant,  and he did his share of chauffeuring and going to get lunch for the band. However, Troutman never placed limits on the people who were a part of his orbit, and his vision for Robb went far beyond whatever duties were a part of his job title.

(April 7, 2020) Roger Troutman had one simple request when he tossed the keys to his limousine to Robert “Bigg Robb” Smith. “I didn’t know how to drive a limo, and he just threw me the keys and said, ‘Don’t wreck this thing,’” Bigg Robb recalled.

That was one the first lessons Robb received from Troutman, the late great leader of the funk band Zapp. Bigg Robb was Troutman’s personal assistant,  and he did his share of chauffeuring and going to get lunch for the band. However, Troutman never placed limits on the people who were a part of his orbit, and his vision for Robb went far beyond whatever duties were a part of his job title.

Robb, a Cincinnati native, already had deep connections with the music scene in Southwest Ohio. Before joining Troutman’s merry band of musicians, artisans and entrepreneurs in 1987, Robb worked as an 11-year old DJ known as the Sugar Daddy from Cincinnati. “I started before my voice changed, so you can imagine me coming into the club as this 11-year old kid saying, ‘come here baby, I’ll be your sugar daddy.”

But it was Robb’s DJ work that gave him entrée to a who’s who of musical luminaries in Ohio’s talent packed funk world. “I met people like Roger, Reggie Calloway and the Midnight Starr folks in my home town of Cincinnati,” Robb said. “But I was a kid – an 11-year old. Once I got old enough to go on the road, I started working with Bootsy Collins.”

That led Robb to meeting The Star Child himself, George Clinton. But it was when Robb eventually found his way into Troutman’s orbit that his master’s class in the music industry truly began. Troutman was a virtuoso and showman on stage and a businessman, visionary and teacher off stage, according to Robb. “I didn’t know what I was learning, but I found out that I learned everything from how to set a compressor on a mic to how to take a band on the road to how to build a house to how to edit songs,” Robb said.

Robb once found himself overseeing the editing of one singer Shirley Murdoch’s biggest hits. “My job was to edit that song down from five minutes to three and a half, and he gave me the tapes and gave me some razor blades. He just put you in the atmosphere.”

Robb said that Troutman’s relationship with the rap community revealed the way that Roger found opportunity where other artists saw conflict. With the exception of James Brown, few if any artist has been sampled more than Zapp. Some artists went as far as to sue rappers who sampled their songs. Instead, “Roger said, ‘I appreciate you sampling my records, but you can only get the groove off that record, where if I come over here with y’all maybe we can get a groove that’s even funkier or better.”

Troutman became more than a collaborator who helped define the sound of 1990s hip-hop. He became a mentor to the generation of hip-hop artists. “He was always that mentoring type,” Robb recalled. “Let me show you how to do this because one day you gon’ need to do this and I’m not going to be here to do it for you.”

That day came sooner than anyone could have expected, and Zapp’s remaining members experienced some lean times. Eight thousand dollar paydays at major concert venues became $800 paydays at small clubs. But the band and Robb played on. Robb’s connections led him to Southern Soul legend Mel Waiters. “I was just moonlighting. Just trying to do any project. Rap projects,” he recalled. “Just trying to do whatever I could do musically because I got three babies and a wife and I got to put food on the table.”

Waiters connected Robb to Malaco records, the Jackson, Miss. based blues and Southern Soul record label, and that’s how he got involved with Southern Soul music. Robb worked with Waiters, Denise LaSalle, TK Soul, Sir Charles Jones and Omar Cunningham. “I’ve written and produced all those guys and gave them hit records,” he said. That success led to Robb becoming a solo artist in his own right. Robb has proven to be a consistent songwriter since dropping Grown Folks’ Music in 2002. That includes two Christmas albums, one gospel album and forays into smooth jazz.

Robb’s latest recording, Smooth, Grown & Sexy, draws from all of those influences. The project features Southern Soul tracks such as “That’s My Job,” a track that features wah wah guitars and a deep groove bass line and finds Robb deploying his trademark auto tune vocals to tell a fulfilling his most important role. That cut is followed up by the bedroom ballad “Take It Off,” which pairs Robb with the resonant baritone of Wendell B.

However, Smooth, Grown & Sexy is at its heart a smooth jazz album. It includes a contemporary jazz cover of Christopher Cross’s “Sailing” as well as Southern Soul/contemporary jazz mashup of Bigg Robb’s “Looking For a Country Girl.” Robb honors his mentor on “Song For Roger,” a cut that features some adept guitar playing. Robb said that Roger was a multi-instrumentalist and a virtuoso on the guitar.

Robb said that he got the idea of doing a smooth jazz project after seeing Brian Culbertson in concert. He left impressed and he’s long been a fan of legendary fusion saxophonist Grover Washington, Jr. and Boney James. “I also liked the challenge of being like Quincy Jones or like a Norman Whitfield or a Gamble and Huff who didn’t just make one genre of music,” he said. “That’s what led me down this path. Just wanting to make some music and getting all of this music out of my head.”

Bigg Robb has lived the life of multiple musicians since breaking into the music business as a pre-teen. And with Smooth, Grown & Sexy, he marks another step in his history as the “bridge” between decades and styles of music.

Click on CD Cover below to order
Smooth, Grown & Sexy